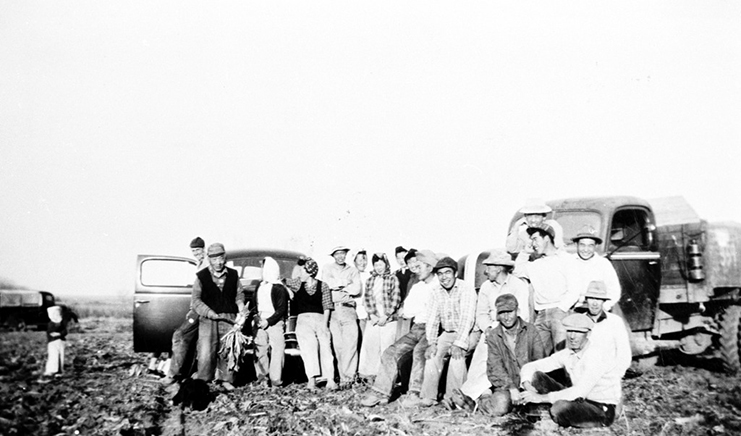 Question? Why JA redress/reparations ($20,000 each) and why not any redress for blacks?

My Answer? Because it clearly wasn’t enough but it was available.”

Of the many book readings I have given, that’s been my initial response.

And I still think that was the correct one.

(A government settlement with a group of mostly white people protesting the war in Vietnam got $40,000 for 3 days in RFK Stadium. Had us thinking, “Wow at that rate, how much would they pay us for 3-4 years?”)

Well, dream on. All you have to do is look at the trail of broken treaties indigenous people have had to bear. Any large settlement would be reduced so quickly by “management fees,” or just taken over by a white/and or corporate group as their own. The same would have happened if we had gotten a huge award.

Another primary reason for the small redress was we wanted to get it for the Issei who were dying off at a rapid rate. As it was, a lot folks thought it was already too late.

So what’s left to talk about the redress?

Well, there’s the attitude within the community that feels that we earned respect of the general (white) community and other groups need to follow suit. This is a position that many people have expressed. Especially the Nisei soldiers (442) who served in Europe and the MIS (Military Intelligence Service) that served in Okinawa, Japan and elsewhere. They believe if it wasn’t for them throwing down their lives, we wouldn’t have had redress. And they may be right. Who am I to say?

I was building part of a wall for an exhibit at the Wing Luke Asian Museum I decided to take a break and get something to eat. As I seated myself, I saw Harry Fujita (MIS guy) sitting in a chair eating his lunch.

He was in charge of keeping track of all the stuff going in and going out. Classifying items. Making sure we would know every thing was in its place.

“Yes, and you’re controversial too.”

“I try not to be, but it seems people think I am.”

I thought about his comment for a quick instant, then asked, “Do YOU think I’m not patriotic enough?“

“You should continue to write what you think, if that’s what you’re asking. I’m a writer too. I’ve got two books out.”

“What do you write about?” I asked.

“Nothing you’d be interested in,” he said, smiling. “Filing systems.”

“You’re right,” I replied (although sometime later I did look them over. It was very interesting but a little too complicated for my scattered mind).

I decided to listen to his advice and go ahead. I wasn’t patriotic.

Recalling that conversation revealed what was needed to connect the JA military soldiers and their progeny and me with Harry’s military buddies and friends. After all, my four older siblings (including Sam) and a whole lot of cousins served in the military at some point.

Recalling that conversation also reminded me that it was a good opportunity to portray what we called micro aggressions and allow me to do a short review of Cathy Park Hong’s book, Minor Feelings.

“Here Bob, a sign made just for you.” I carried it around for a while. Tried to figure out what it REALLY meant. LATER, in the Reed College coffee shop I heard someone yelling, “Why should we be in Viet Nam anyway? Those gooks don’t care about life like we do.”

This was at Reed College, supposedly one of the top colleges in the country.

I dumped the poster.

Doug, who was my boss at the time, decided we should go down south (San Francisco) to see some of the furniture that the “elite” folks were buying. Cathie’s folks had recommended a few artists down in the area to see. Pete Voulkos, Art Carpenter, and Frieda Koblich, who was an acrylic artist in San Francisco, and the aunt of a good friend of mine.

Got out. Looked around. Ashland, Oregon. The landscape was beautiful back of the house.

“How long are we staying here? Okay to walk around here a bit?”

He gave me a semi serious look and said, “Yeah, but if you’re walking into town don’t do it without me.”

“Because they still had sunset laws until 10 years ago. Some folks act like they still exist.”

“Who does that apply to?”

I was about to correct him and say I was Okinawan, but I knew that wouldn’t satisfy townsfolk.

‘Okay,” I answered. “I’ll stick around the truck.”

I did a lot of theater tech work, but one day someone came up to me and said: “Hey, Bob, you ever been on stage?”

“Shit. What kind of part is that?”

I actually did it. It took longer to put on make up than to die. They didn’t know what the difference was in real time. So why should it be any different in show time? Don’t “we all look alike” anyway?

I was complimented for dying well.

It left me with a bad taste for at least a week.

So what’s all this micro aggression stuff about?

I received a book for father’s day from Mira. Written by Cathy Park Hong.

Read it quickly. While on my back. In bed. Didn’t have many blurry eyes problems. Must have been the font. Realized that the Minor Feelings were close to what we (people of my generation) called “Micro. Aggression.”

But more importantly it revealed what was needed to connect the JA military soldiers, their progeny and me with the chip on my shoulder. To me, it’s simple.

If CPH feels that she flourished living in America but couldn’t stomach thanking America, then maybe she should think about changing some of her priorities, especially recognizing the indigenous and the black populations who allowed her this option.