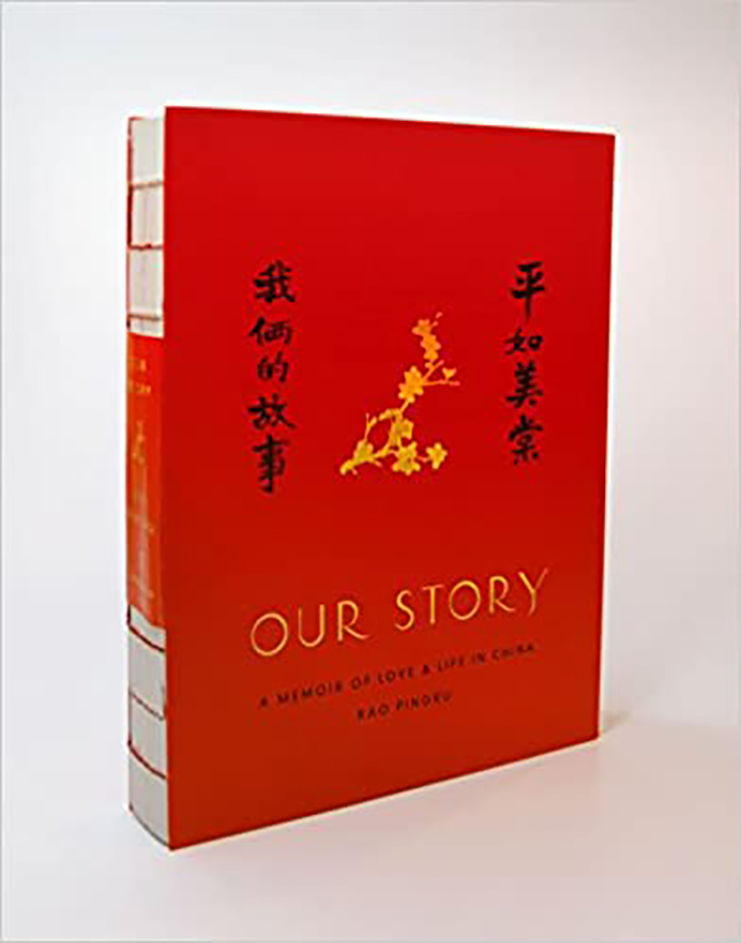 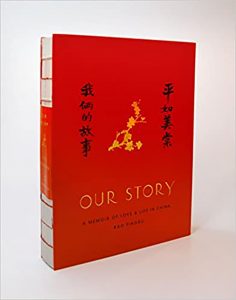 Our Story: A Memoir of Love and Life in China is a memoir written by a son of modern China. Born in 1922 in Nanchang County, in the province of Jiangxi just north of Guangdong, Rao Pingru authored this memoir when his wife of 60 years passed away.  It is tagged as a ‘romance’ of their marriage.

Rao is a lawyer’s son from a family lineage that has been the ‘guests’ of imperial court. Rao sets out by describing his schooling in the tradition of Confucian education. How Confucius values, scholarship, piety have changed in China today. Do we feel the ways that this part of Chinese history, the Confucian fabric, has become unraveled in China’s culture nowadays?

The memoir shows up in an abundance of illustration so that the pictures may either be part of the narration or that we feel the pictures interrupt the story-telling. We may find that the pictures make a different impression on us, that we are talking about a different culture and its art. The pages then are filled with these neatly drawn Chinese paintings rendered authentic and traditional. Just starting the book, we would relish these paintings, some of which depict dishes of food for Chinese holidays.

Through Rao, we see an ancient recognition for education, the food fests observing holidays – the New Year, the Mid-Autumn Festival, the Moon Festival — the coming and the enduring of war with the invasion by Japanese in that time period and also the Chinese Civil War between the Kuomintang and the rising Communists.

Yet the focus of the memoir remains Rao’s long-time marriage. Rao’s story with his wife, Mao Meitang, fits in between an arranged marriage and a very old-fashioned stroll to fall in love.

During the 60 years together, the couple and their family actually withstand separation for 22 years. In 1958, Rao was ordered to Anhui province, just north of Nanchang, for “re-education through labor”. Rao does not say why he was assigned to re-education. Much else is told about his family through both Rao and Meitang’s words.  While Rao is sent off to work in different work projects, Meitang stays in Shanghai with their five children.  No surprise to students of this Chinese historical period, the separated family grows up among hardship and destitution for these two decades.

Meitang dreams of retirement with Rao after he is released from re-education.  And they do finally achieve respite enabling them to live a peaceful family life. But Meitang’s passing leaves Rao with much lament. In letters appended to the memoir, Meitang writes to Rao about their children, about how they go along to fend for food and warmth, how they work hard to meet work expectations, how the children grow up to be part of this kind of work and family unit. Meanwhile, the family’s ‘class origin’, Meitang writes, poses as an obstacle for their children to seek education and opportunities.

Rao’s letters responding to Meitang are not included in the memoir.

This witnessing of history and the impact of history on an ordinary couple may be telling.  It bears a way to sample this kind of personal histories to get at a reliable historical view.

If we are intrigued by Our Story, another memoir/autobiography may be of use to us. Chen Huiqin’s Daughter of Good Fortune:  A Twentieth-Century Chinese Peasant Memoir offers another story about 20th Century Chinese history.  Chen Huiqin is born the only surviving child of a peasant family while there is this war between the old Dynasty, the warlords and the rising Communism.  Spending her life in the agricultural towns just outside of Shanghai, Huiqin’s life stretches parallel to this period of Chinese politics.

As a mother and wife and part of the party commune, Huiqin continues to farm in her home communities.  In one instance of progress and change, her farming community learns crop rotation, so they may grow two to three crops of rice each year.  With the work in the rice fields constantly, the skin of Huiqin’s hands would peel in the water of the rice fields.

Huiqin also has a strong relationship to tell about her husband of decades. Her story is also one of hardship because of the different phases, such as the five-year-plans and other campaigns of modern China, of bringing their country and its citizens via both fortunate and unfortunate means to economic stability and prosperity.

Let’s think back to Our Story. The just released translation of Rao’s memoir should underscore the themes and style of this man, Rao Pingru, and how events in his lifetime more than coincide with, but are marked by many historical junctures for modern China.  Rao’s participation in the wars shapes his young-soldier personhood. His leaves from the army to take embellished courtship with his fiancée, Meitang, marches on with the good times of this personal history. Rao would say that memories do not necessarily make the happiness in this marriage with Meitang any lesser.

Chen Huiqin’s memoir takes a different turn. Huiqin’s daughter spearheads with this story. The daughter, Shehong Chen, is an academic in the United States, after schooling in both China and the U.S. The daughter writes down her mother’s memoir as she interviews her in Chinese, then Shehong Chen translates the Chinese memoir into English.

The story-telling processes are notable.  They emphasize the personal quality of Rao Pingru’s and Chen Huiqin’s memoirs from their point-of-views against the backdrop of one of the greatest historical stories in our modern times.

It may seem that in both memoirs, sweeping gestures are made to make history known.  But from another view, we will treasure the details of how these two, one the son of modern China and the other a daughter, become able agents of transformation, rapid growth and speedily turning politics in their country.