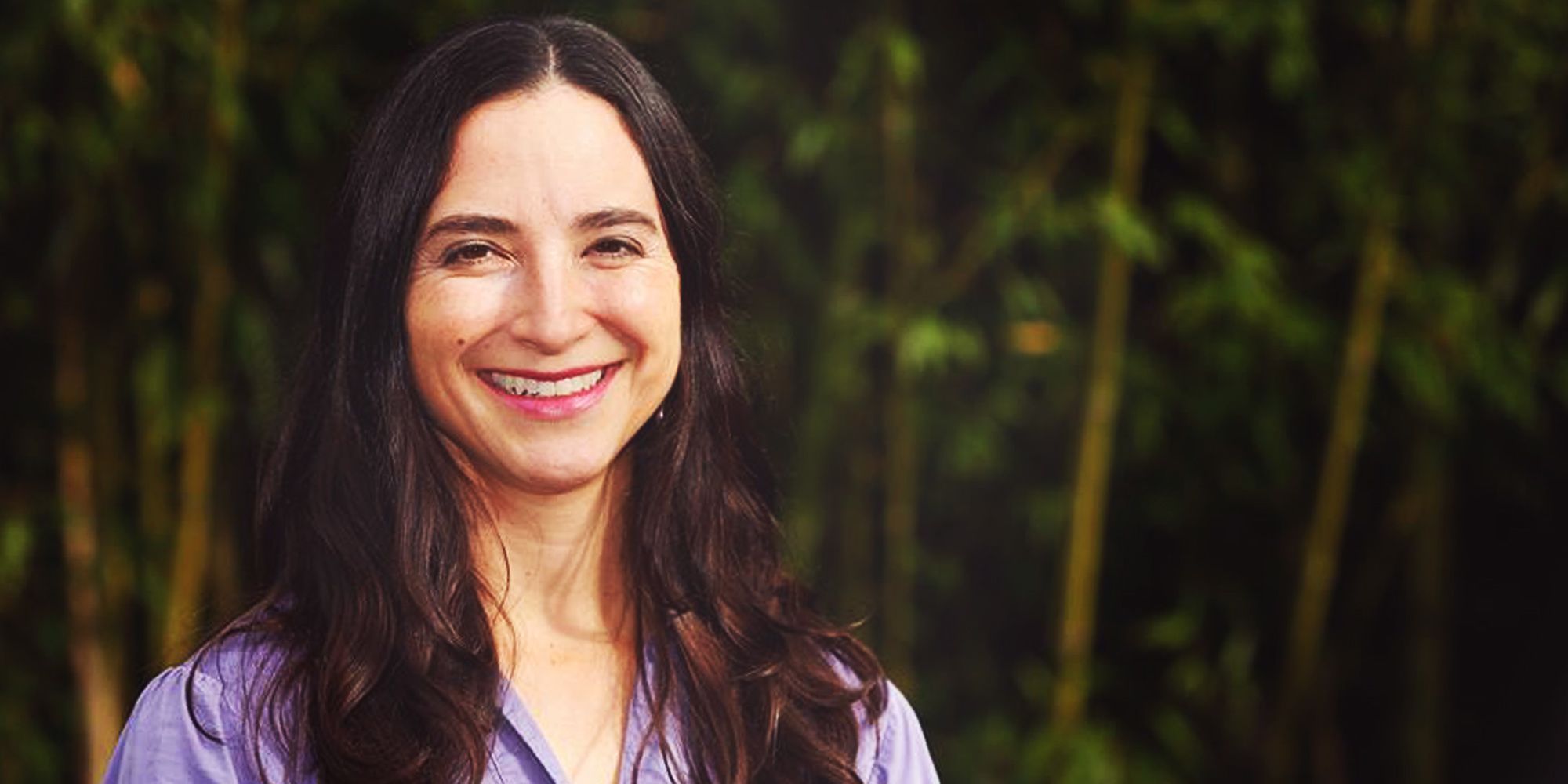 One of Washington state’s most racially and ethnically diverse districts has a new representative in Olympia. Rebecca Saldaña was chosen on December 12 to fill the state Senate seat previously held by Pramila Jayapal, who was elected to the U.S. House of Representatives in November. The 37th District contains much of south Seattle, including the Chinatown-International District, Beacon Hill, the Central District, Rainier Valley, Columbia City, Rainier Beach, and SODO as well as the community of Skyway and the city of Renton. The district is around 60 percent people of color, including almost 26 percent Asian Pacific Islander and 23 percent Black, according to 2010 Census data (compared to the state as a whole, which is 80 percent white according to 2015 data).

Saldaña was a close-second choice for the King County Democratic Central Committee, which submitted her name to Metropolitan King County Council for consideration as one of the top three candidates. The County Council ultimately approved Saldaña over the Committee’s first choice, Rory O’Sullivan of the Housing Justice Project. Diversity of representation was a deciding factor in the decision for some councilmembers. Saldaña, a Latina, enters office as the only woman of color in the state Senate (as was her predecessor Jayapal).

Starting when she was a student at Seattle University, Saldaña has a history as an activist and organizer for farm worker and labor movements. Before she was appointed as state senator, she served as executive director of progressive organization Puget Sound Sage, which is located in the Little Saigon neighborhood.

Saldaña spoke to the International Examiner as she was driving to Olympia for her first day on the job as state senator. This interview has been condensed and edited for length and clarity.

International Examiner: What have you learned from your career at Puget Sound Sage that will inform your work as a state senator?

Rebecca Saldaña: I’ve always worked on worker rights, immigrant rights, but it was at Sage where I really dug into how decisions around transportation, land use really impact the lives of folks in the Puget Sound region.

At Sage we worked on housing policy and land use, we worked on transit equity, transportation decisions. We do everything in coalition, and I think that’s another piece that I will definitely take to Olympia. It’s important having diverse stakeholders at the table shaping policy from the very beginning.

RS: Really it’s important that people come that are qualified, and I think a lot of times when people say “qualified,” a certain idea and a certain type of training and experience comes to mind. For me, I have worked for a decade now on policy work on a very local level, and have always been about making sure that it matters who is at the decision-making table in terms of what you consider and what you don’t. So in that context, as a woman of color, as working parent, as a daughter of an immigrant, as someone that was priced out of my neighborhood when I wanted to start raising my family—those experiences will help me be a better legislator. I will have an experience and have a voice and have a perspective that many of my colleagues in the state Senate do not have in that really personal, lived way.

I think the other piece is that I have a long record—as a woman of color but also as an organizer, of really empowering others’ voices to be heard, and that democracy is best when you have a two-way communication.

IE: What will your top priorities be as a senator in this legislative session?

RS: A couple of things. One is, given the political climate nationally, the importance of being able to champion and protect and advocate for the various residents of Washington who Trump, our president-elect, has really threatened and made to feel insecure.

And number two is really the work that I have done at Puget Sound Sage—how do we make sure that we leverage transportation investment to ensure affordability and opportunity for everyone?

Number three is really about doing my part to help bridge conversations around new revenues for education, that will create equity outcomes. Our education system is failing our kids, particularly our Black kids and our kids of color, but also our kids that are facing multiple barriers, whether those are stability or special needs. Our state Legislature has undervalued the importance of public education and have been unwilling and unable to find a sustainable revenue to be able to support our education system.

[Also] looking at particular bills where we may have opportunity to advance those top three things. Opportunity for people with barriers, whether that’s banning the box, and also looking for particular bills and legislation that further makes immigrants and all of our community feel safer, by clarifying the distinction between our local enforcement agencies and ICE.

IE: Are there any issues facing the Chinatown-International District in particular that you might address as a senator?

RS: I think a couple of different things continue to be a priority. One is public safety, and with that I think support of and stabilization for small businesses in Chinatown and Little Saigon. And so when I mentioned earlier equitable development around transportation investments—the International District is the transportation hub for our region, with trains, rail, light rail, street cars all running through our neighborhood.

A lot of times you talk about rising rent just thinking about renters, homeowners and residents, but also the impact it has on our small businesses is really a threat to all of us—because it’s small businesses that really create new jobs, that create a lot of our culture and our heritage at each of our district’s distinct neighborhoods. So that’s important for me to work on.

IE: Your district has a large Asian Pacific Islander population, and the Chinatown-International District is a historic neighborhood for this community. What, if anything, do you see as important issues facing this community that you could address as a state senator?

RS: Well the Asian community is the most diverse community, and so I definitely don’t want to think that we can group it all in one, but I do think one is language access and being able to make sure that regardless of the 70-plus languages that might be spoken, that people have access to information in case of emergencies, for their healthcare, and the right to be civically engaged.

I think secondly is really around safety. Just like the Latino community, the Asian community also has a lot of mixed status families and particularly within certain communities, also face the threat of DACA being removed.

And I think transportation needs to be an issue. I had the privilege to work with ACRS [Asian Counseling and Referral Service] and the Filipino community in Seattle along with the Transportation Choices Coalition, to make sure that our elders, our families were able to access some really rich and cultural institutions that are at the International District or in the Rainier Valley, even if the residents live outside of Seattle. With one or two buses they’re able to get to where they need to go for their healthcare and language for their worship service and for their after school enrichment programs. And so making sure that as our region grows, that people have access to real transportation choices, that are good for their families, that meet their needs and are actually good for our environment as well.

IE: Can you expand a bit on the issue of public safety? It’s been a longstanding issue in the International District and other parts of your district. How might you help address it as a legislator?

RS: For me, public safety is much more about making sure that people have clear pathways to opportunity. To housing and healthcare, including mental health care, and being able to access a job so that people feel that they’re able to have a meaningful role in our community.

It’s important for us to not vilify anyone when we’re talking about public safety, but I do think a couple of things that are important that immigrants and refugees in our community are able to feel safe when they call the police—that there’s not going to be detention or feeling fearful if they have mixed status or undocumented status.

I do think that the efforts that have been made at the city level in terms of getting police out of their cars and onto their feet to really get to know our community and our neighborhood is also important. And I think that what the International District has is a history of the citizens and the residents actually really activating their own community and leading public safety. Those are the things that need to be supported by the right kind of policy.

I think at the state level some of our responsibility is to adequately fund mental health, do our part in addressing housing affordability and making sure that the department of transportation is working diligently with the community in terms of creating safe spaces on the properties that they own.

IE: In your interview with the King County Council before being appointed to this position, you said “laws are written, but justice is not always done.” Could you expand on this?

RS: I think that is exactly how I feel, and that’s been my experience. [It’s] exactly why I’m going to Olympia, because too many folks have experienced the law as something that actually does not create justice or does not create opportunity for them. A lot of young people, people of color, feel disenfranchised.

I hope that by sending me to Olympia I can help create a platform to allow and support more children of immigrants, women of color, to be able to see themselves in a similar position. I plan to use this opportunity to really open doors and create more opportunity for others to be able to join me, not just in the state Senate but in all the different places where decisions are being made.

IE: As someone who’s somewhat of a political outsider, how might this inform your work—do you see it as an advantage or disadvantage?

RS: I do believe fundamentally that the only way that a representative can be effective is that they are able to find ways to connect with their colleagues, but even more so to communities that will hold them accountable.

The way I got to where I am today is in large part because of my community. And my community is diverse and includes labor, immigrants, racial justice advocates, and that democracy only works when people are engaged and are pushing from the outside as well as within. I do see and I hope that this is really not me stepping away from my past. I’ve worked for Congressmen, I’ve been on the streets protesting, and I think that all of that is part of making good policy work. So I see that right now my role is within, and finding connections and helping advance and be a voice, but that I won’t be successful alone. I look forward to being engaged by the so-called outside, because I do think that that experience and that expertise is critical so that we are able to really make good policy.