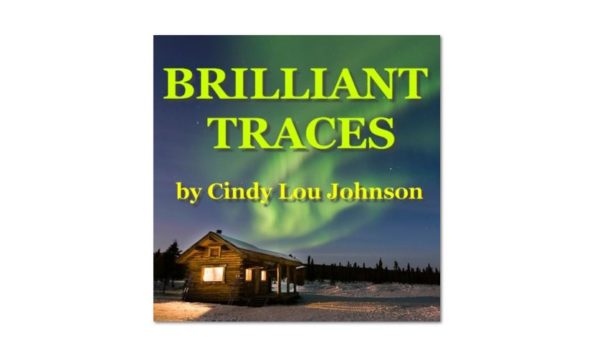 As winter approaches, ReAct Theatre is presenting a winter-based show with parallels to its own developments as a company. Brilliant Traces by Cindy Lou Johnson features the story of two strangers hunkered down together in a cabin together during a snowstorm, and ReAct is inviting audiences to see the next phase in its history in its new small space at the Prima Vera Arts Center downtown.

The new Vera Ing Stage will augment ReAct Theatre’s prior use of that space. “The Prima Vera Arts Center has been our base for the past decade thanks to the generosity of the building’s owners, Joey Ing and his amazing late wife Vera,” said David Hsieh, director of Brilliant Traces and Founding Artistic Director of ReAct. “We’ve used it for rehearsals and meetings and some storage, and shared it with other companies like the Pork Filled Players and SiS Productions.”

Now, ReAct hopes that the new space will expand its production opportunities. “We just thought it was time to really use the venue to its fullest potential and have added some sound, seating, and lighting enhancements to make one of the rehearsal halls a viable performance space,” Hsieh said. “It is very intimate, but for the rest of the time that we get to call Prima Vera our home, the Vera Ing Stage will be a great resource to our community.”

Hsieh said that launching this new space fits well with other ReAct goals. “ReAct has been on a mission to produce more plays by female playwrights, and when we decided to create the Vera Ing Stage, and knowing how intimate the space is, it just made sense to find a small cast play written by a woman,” he said. “We included Brilliant Traces in our staged play reading series a few years back and it just seemed like the perfect fit for inaugurating this new space.”

The show’s two actors are likewise enthusiastic about this new production. “I read Brilliant Traces in college and loved the concept of two strangers having to face their demons by hashing them out with each other alone in the middle of a snowstorm,” said actor Cessa Betancourt, who plays the role of Rosannah DeLuce. “There’s something really magical about setting these two people in rural Alaska surrounded by snow and darkness.”

Betancourt and fellow actor Cooper Harris-Turner, who plays the role of Henry Harry, both find Brilliant Traces to be a story of discovery. “Both of the characters talk about a moment when they woke up and realized what it meant to be human, and to need other people,” Betancourt said. “For me, that’s the heart of the play, and I learned more about what awakens me as a person and as an actor through this process.”

For Harris-Turner, the discovery is slightly different. “I play Henry Harry,” he said, “a man who lives like a hermit and avidly avoids human interaction.”

This hermetic trait poses a big challenge when Rosannah flees her wedding and ends up trapped in Henry’s cabin. “I have learned that if you go through life with an open heart, then you will be ready to accept whatever opportunities come your way,” Harris-Turner said. “If you go through life with a closed off heart, then you end up like Henry Harry at the start of the show.”

But Henry can’t isolate himself in the presence of Rosannah. “My favorite thing about Rosannah is how much of her is just underneath the surface,” Betancourt said. “At face value, she is kind of a damsel, or an ingénue, but underneath that she has a lot of beautiful strength and complexity.”

The combination of these two personalities helps to break through their shells, as the audience watches. “I really like how each character gets to work through their problems out loud with a stranger,” Harris-Turner said.

Director Hsieh agreed that this discovery process is central to the play’s success. “It’s kind of like an onion, the more we rehearsed, the more layers we would discover that related to the whole,” Hsieh said. “I was blessed to cast two very open and committed and talented multi-ethnic actors to star in it.”

Brilliant Traces kicks off the first of several winter initiatives by ReAct. “We also do our annual holiday storytime for kids at local bookstores to bring cheer to youth, and our staged play reading series kicks off later this month,” Hsieh said. “We are also in pre-production for our 2017 season which hopefully will kick off at 12th Avenue Arts with two Seattle Premieres performing in repertory rotation in March and April.”

The rooms we live in: Exploring ‘Interior Chinatown’

Sung J. Woo flexes his deep roots in writing and in Korean American culture with his award winning novels