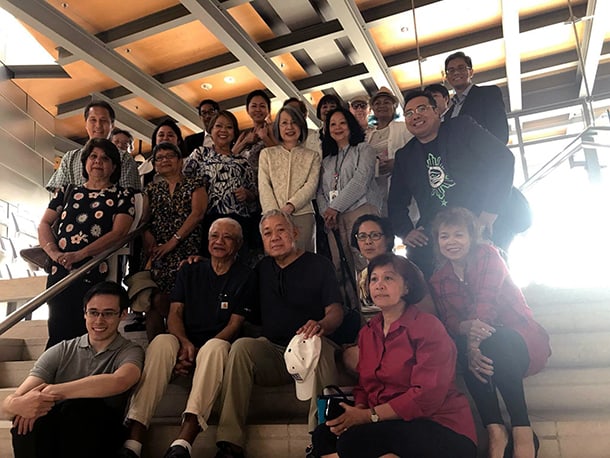 On August 7 at 2:00 p.m., around 25 API community members gathered at a Seattle City Council meeting on short notice to show solidarity with Seattle’s Filipino American community. Their message to the Council was clear: The Council’s deletion of “Manilatown” in Resolution 31754 was unacceptable, as it ignored the desires and historic contributions of Filipino Americans to the Chinatown International District (CID). They demanded that “Filipino Town” be added back in to the resolution in the place of “Manilatown.” The reference to “Manilatown” was deleted in a key sentence in the resolution: “WHEREAS, the area known as Chinatown/International District (C/ID) includes the neighborhoods of Chinatown, Japantown, “historic Manilatown” and Little Saigon.”

The purpose of Resolution 31754 was to ensure that, as revitalization and changes occur in the CID, the City ensures that long-term residents can maintain access to affordable housing. By protecting the needs of long-term residents, the goal is to maintain the CID as a cultural center for the entire API community and each sub-group within that community.

Ultimately, the mistake made in Resolution 31754 also became an opportunity for the Filipino American and API community as a whole to show their strength and unity. A forceful letter to the Council signed by “Concerned Peoples for Filipino History in the Seattle CID” presented the case for why the deletion of “Manilatown” was both incorrect and offensive. At the Council meeting, nine API community members spoke to the Council to express their outrage at the deletion and how it ignored Filipino contributions to Seattle and the CID. Filipino American former City Council member Dolores Sibonga shared at the meeting that her family first came to the CID in the 1920s. Her family, along with many other Filipinos, ran restaurants and small business in the neighborhood. Many Filipinos also came to the CID and Seattle as laborers, and according to Sibonga were at the “forefront of the labor union movement on the West Coast.”

While most speakers at the Council were Filipino Americans, Chinese American Dorothy Wong of the Chinese Information Service Center (CISC) spoke forcefully in support of the demands of the Filipino community that the City should honor the contributions of Filipinos in the CID and Seattle. Wong told the Council that the “Manilatown” deletion ignores “what the Filipinos have done [historically].” In an interview with the International Examiner, Wong said, “our organization [CISC] is supportive of Filipino concerns.”

Wong also praised the broader unity of the API community. “The API community does not have a rift,” she said. “API groups work together very well. ICHS [International Community Health Services] is one example … ACRS [Asian Counseling and Referral Service] is another.” Wong said Seattle has more Pan Asian organizing than in San Francisco, where she’s from.

Frank Irigon, Filipino American leader and a board member at OCA Greater Seattle, agreed with Wong’s assessment. Irigon said that in the API community “there is more unity than division. There is no rift. … There has always been a Pan Asian movement in Seattle.” Irigon cited ICHS and Pan Asian newspapers as evidence of the community’s solidarity. Irigon compared Seattle’s Pan Asian community to the situation in Los Angeles, where “you find more discrete community centers” based upon individual Asian ethnicities.

The Council was unanimously apologetic about its mistake. Councilmember Ron Johnson said: “We were acting in good faith but we were moving swiftly, and in those swift moments we don’t always get it right. This is one of those instances where we did not get it right.” Seattle Met reported that a September 5 City Council meeting has been scheduled in which it’s likely the resolution will be corrected.

Members of the Filipino American and broader API communities were cautiously optimistic about the Council’s response. Devin Cabanilla, coordinator of Concerned Peoples for Filipino History in the Seattle CID, said the “apology was a good step but until they have put time to correct the resolution,” neither he, his organization, nor the Filipino American community will be satisfied.

Community leader Maria Batayola wrote in an email to the International Examiner that “[the Council’s action] wasn’t perfect. But, at the end of the day, the Council was very responsive in a short amount of time. They listened, owned the issue, and on September 5, will be passing a resolution to recognize Filipinos in Chinatown ID.”

Dorothy Wong of CISC echoed these sentiments, saying she was happy with the Council’s initial apologies but that “it’s not over until it’s over.” She reiterated that the proper language acknowledging Filipino contributions must be put back into Resolution 31754.

Irigon was optimistic and praised the Council. “I was impressed with the Council and Council President Harrell,” Irigon said. “They could’ve gaveled us down [at the meeting] but didn’t. They took responsibility for their actions.”

The reactions from Seattle’s Filipino community and the larger API community showed that community leaders and politicians must be sensitive and respectful when writing legislation.

Lorie Young, a speaker at the August 7 Council meeting and a Filipino American on the board of the Filipino Community Center of Seattle echoed this idea. Recognizing the historic contributions and proper place of Filipinos in the CID and Seattle gives the community “future rights going forward,” Young said.

As Cabanilla said: “If our name isn’t there [in legislation], preference can be given to other ethnic groups. The legislation speaks to future placement outside of the CID as well and limits our place at the table. If we are written out of this law, we will probably be written out of others as well.” Cabanilla argued that “a community should be able to define a name, not an individual.”