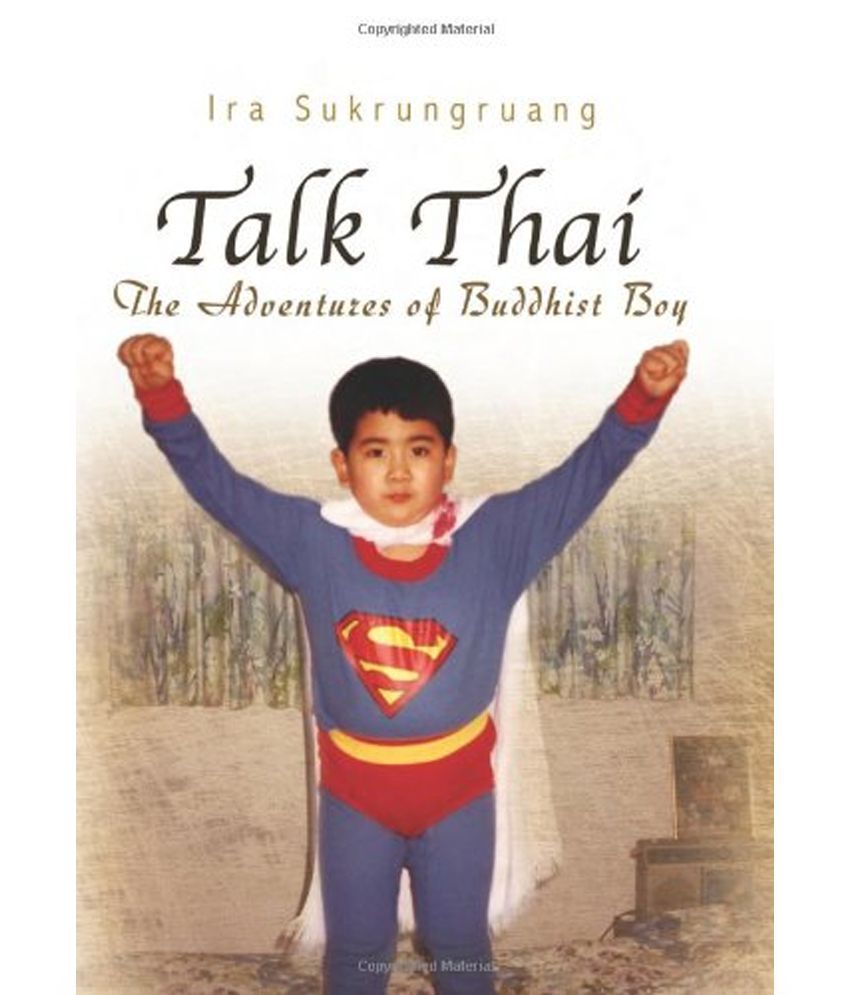 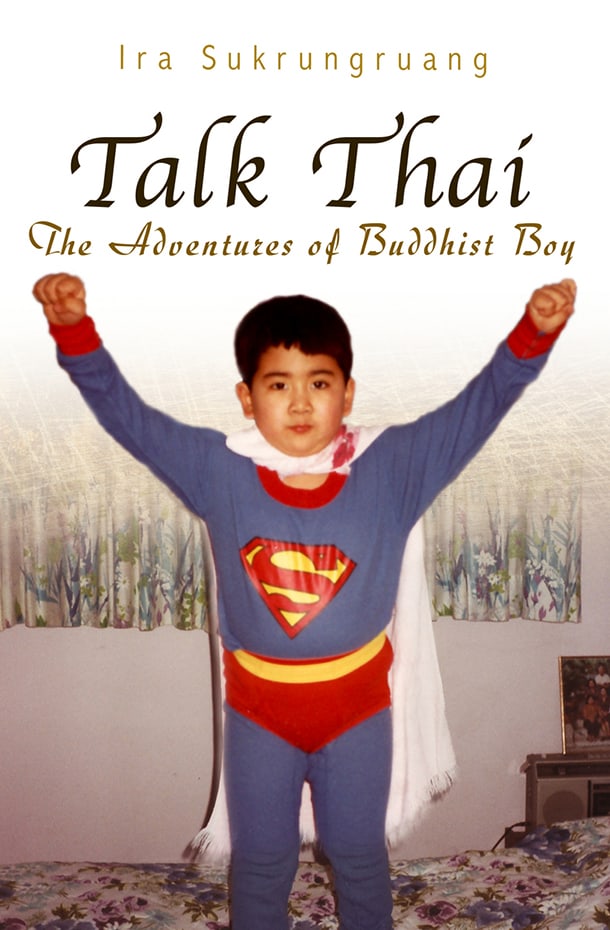 In my survey of Asian American anthologies and other API literature, dating back twenty years, I have noticed the absence of Thai memoirs until Talk Thai: The Adventures of Buddhist Boy was published in 2011. Ira Sukrungruang, MFA professor at the University of South Florida, offers a strong literary contribution to the voices of America’s immigrant community . The collection of essays will warm the heart of anyone familiar with Thai culture. It includes mouthwatering descriptions of his Aunty Sue’s Thai cooking, the way Thai immigrants speak English, and translations of Thai speech. It will also entertain anyone interested in golf and Buddhism. (Chapters devoted to both were a slog for me, a Christian who likes basketball.)

Sukrungruang and I were born the same year to Thai immigrant parents. A young Sukrungruang wears a Superman costume on the book cover – a nod, perhaps, to the comic book superheroes he emulated while growing up in 1980s America, just like my brother (who used to wear the same Superman outfit). My father and I both went to graduate school in Illinois (where the book takes place), so I was fascinated by this inside look into the life of a Thai boy born and raised there. Another commonality I found is that both Sukrungruang and I have experienced the physical absence of our fathers. My father  moved back to Thailand before I started high school, and though I joined him for a couple years, he has remained there for most of my adult life. Sukrungruang’s father moved out of the family home at the same time and is excluded from Sukrungruang’s book dedication (to his mother and Aunty Sue). However, that’s where my similarities with Sukrungruang end.

Talk Thai refers to one of 8 rules posted on his family’s refrigerator. The coming-of-age memoir is a tight 184 pages and spans Sukrungruang’s upbringing in Oak Lawn, Illinois from age 3 to the end of high school. Sukrungruang begins and ends the book with Buddhist references. In the opening paragraph, he receives his first Buddha pendant; in the epilogue, a long Buddhist folk tale about a prince and a white elephant is depicted as metaphor for his immigrant family’s life. These elements both set the tone and complete the loop of his memoir and couch the stories in the cultural context of immigrant society. If I could rename the book, I would use the white elephant reference, since it alludes to the ongoing conflict Sukrungruang experiences in-between two cultures, white America and the Thai culture that cherishes the elephant. His resolution is basically a double life: “With white people I do this. With Thais that.”

In Talk Thai, Sukrungruang details how Wat Dhammaram, legally known as the Thai Buddhist Temple, was a “simulated Thailand” that served as a social, cultural, religious, and educational center for Thais in the Chicago area. His household spent weekends there, maintaining strong ties to the Thai community.  When I grew up in Houston, my parents focused more on assimilating and connecting with fellow Christians – Sukrungruang’s family would call us “the god people” – and did not consistently emphasize their children’s learning of the Thai language. We never once stepped foot on Thai temple grounds in Houston, inadvertently forsaking a practical connection to the Thai community because of our religious divergence.

Two out of six Talk Thai chapters are devoted to religion and golf. “Under the Hand of Buddha” is a fascinating narrative on comparative religion through the eyes of a child sorting it all out. Since I had the inverse experience while living in Thailand, I was amused by Sukrungruang’s confusion over his family’s practice of Theraveda Buddhism versus the Western Christianity he was exposed to everywhere else. In “My Father’s Swing,” Sukrungruang details how his father pressured Sukrungruang, an only child, to achieve greatness as a junior golf player (a dream unfulfilled, though the author excelled in other sports like martial arts and football). For all its painstaking detail, my heart went out to Sukrungruang because the golf course was perhaps the only location he had real quality time with his father.

Two nurses, Sukrungruang’s mother and his live-in Aunty Sue, play the primary roles in his childhood. A search into Chicago’s Thai immigrant history reveals that nurses were the first to arrive locally. Sukrungruang details the household’s fallout from infidelity as it happens, and the pain of betrayal is sharp because of the specific characters and friendships involved. “If divorce meant we were American,” he concludes, “Then we were American.”

Throughout his father’s absences and eventual departure, Sukrungruang must sort out his own manhood. As he is raised by two women, he relies on close friendships with other young men and the politics of the schoolyard. His non-Thai buddies introduce him to their parents’ pornography. He spins tales about his successes with girls, hoping they might one day be true. His luck with school fights and sports other than golf support his masculine identity.

Overall, I was impressed with Sukrungruang’s memoir and am glad his voice is helping represent what it means to grow up Thai in America. His eloquent storytelling, bilingual and bicultural profile, and upbringing in Chicago’s simulated Thailand environment makes him well-suited for the role.

Read more about Sukrungruang and his additional writings at www.buddhistboy.com.