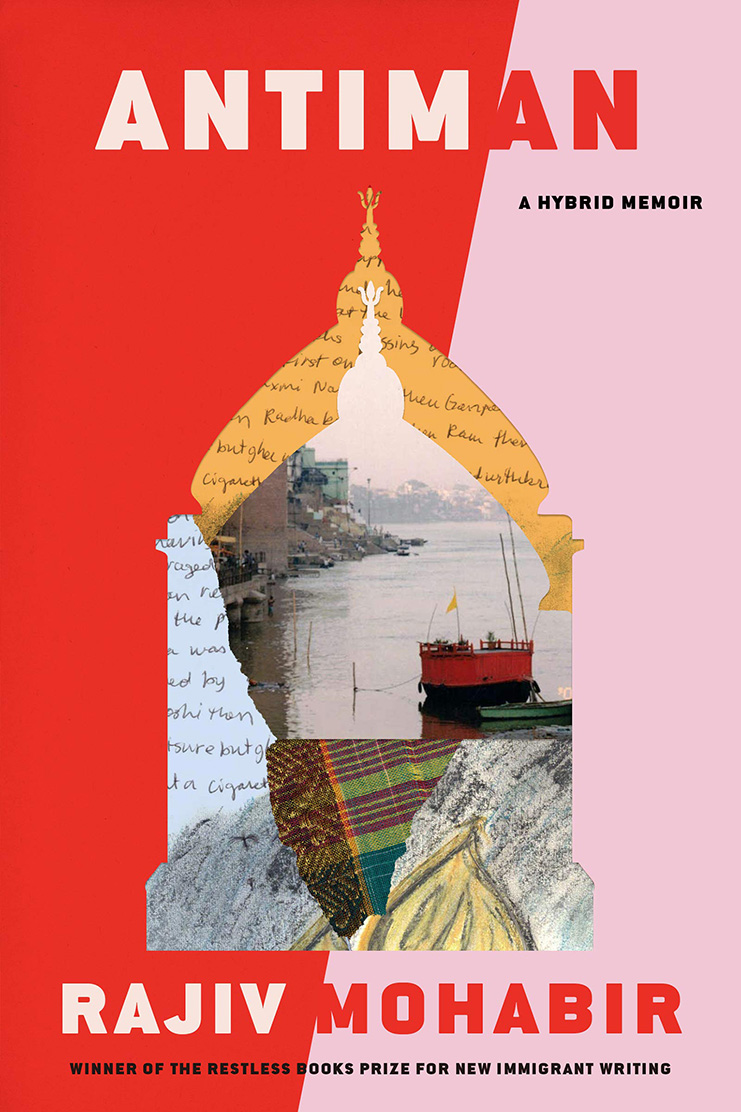 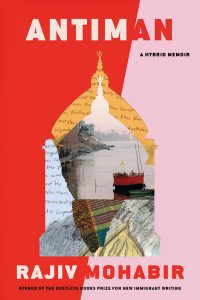 Rajiv Mohabir is an Indo-Caribbean-American poet who has published several collections including Cutlish, The Cowherd’s Son and The Taxidermist’s Cut. He has translated I Even Regret Night: Holi Songs of Demerara by Lalbihari Sharma which was published in 1916 and contains songs in Bhojpuri by an indentured servant in what was then British Guyana. His latest work, Antiman: A Hybrid Memoir, is a mixed genre work—memoir, translations, poems—in which Mohabir examines his Indo-Guyanese heritage and experiences with race, writing and sexuality in the United States.

The book is trilingual (Bhojpuri, Creole, English) and every page demonstrates how forced migration, servitude and loss shape language. At the same time, the narrative plunges the reader into the pain of cultural and psychic rupture caused by forced migration, which transmits from one generation to the next. Additionally, the narrative delves into the poet’s experience with rejection by family for being queer, and by the South Asian community for not being Indian enough. Intertwined with this pain and rejection is the poet’s tribute to his loving grandmother who sang songs in Bhojpuri that had been passed through the generations in Guyana and which connected him to his roots near Varanasi, India.

Mohabir tells us about his family’s migration from Guyana to North America with some members living in Florida and others in Toronto. His father’s model minority aspirations lead to his rejection of all things Guyanese including religion, mythology, music and language. The poet speaks of struggling with both his father’s cultural aspirations and his aggressive heteronormativity. The memoir’s title derives from a derogatory term used in the Guyanese community to describe gay men and the narrative explores how the poet struggles with homophobia. Although his father criticizes the grandmother’s Hindi as broken, the poet recognizes that she speaks Bhojpuri, a dialect, and that her songs are what remain of their family’s history in India.

As a graduate student, the poet learns Hindi and travels to India to seek Bhojpuri songs from the Ramayana to trace the connections with his family. His sojourn in India deepens his ties to his grandmother while at the same time taking him into the village, which might have been where his ancestors came from over a hundred years ago. However, historical record lives in faint memories and much remains ambiguous until he hears a local guru sing the same songs his grandmother had sung for him.

If language and ethnic identity form one part of the poet’s journey, then the other is his struggle to find a place within the South Asian immigrant community as a gay Indo-Guyanese man. With the community dominated by migrants who trace their roots to contemporary India, the descendant of indentured laborers encounters class and caste barriers within the Indian community in the U.S. and in his travels in India. Migration to the Caribbean erased caste distinctions as people formed families across religious, linguistic and caste lines when they bonded through the shared experience of indenture and crossing the kala pani (black waters). The Indo-Caribbean community is hostile to queer members, and the poet finds that other queer men in the South Asian community carried their own scars of identity from being transracial adoptees or being closeted. His relationship with such men only leads to greater cultural violence and pain.

What mesmerized me as a reader of this book was its many trilingual passages where the poet would present a poem in Bhojpuri, Creole and then standard English. As a person who reads and speaks Hindi and can stumble through Bhojpuri and Creole, I found myself engaged in big questions about how we determine what is a standard language and what is “broken” (Bhojpuri in relation to Hindi or Creole versus English). The lines that differentiate are less about the language and are more the fissures of class, caste, race and power. I also found myself reflecting on the heterogeneity of the South Asian community in North America, and the struggles of those who find themselves marginalized multiply on account of their caste, language, religion, sexuality, gender or national origins. Mohabir’s mixed genre memoir is one we must all read for its candor and brilliance.

Rajiv Mohabir will be at Tasveer Festival on October 20 at 5 PM in conversation with Nawaaz Ahmed and Chandan Reddy. The event is virtual and free. More information at tasveerfestival.org/schedule/