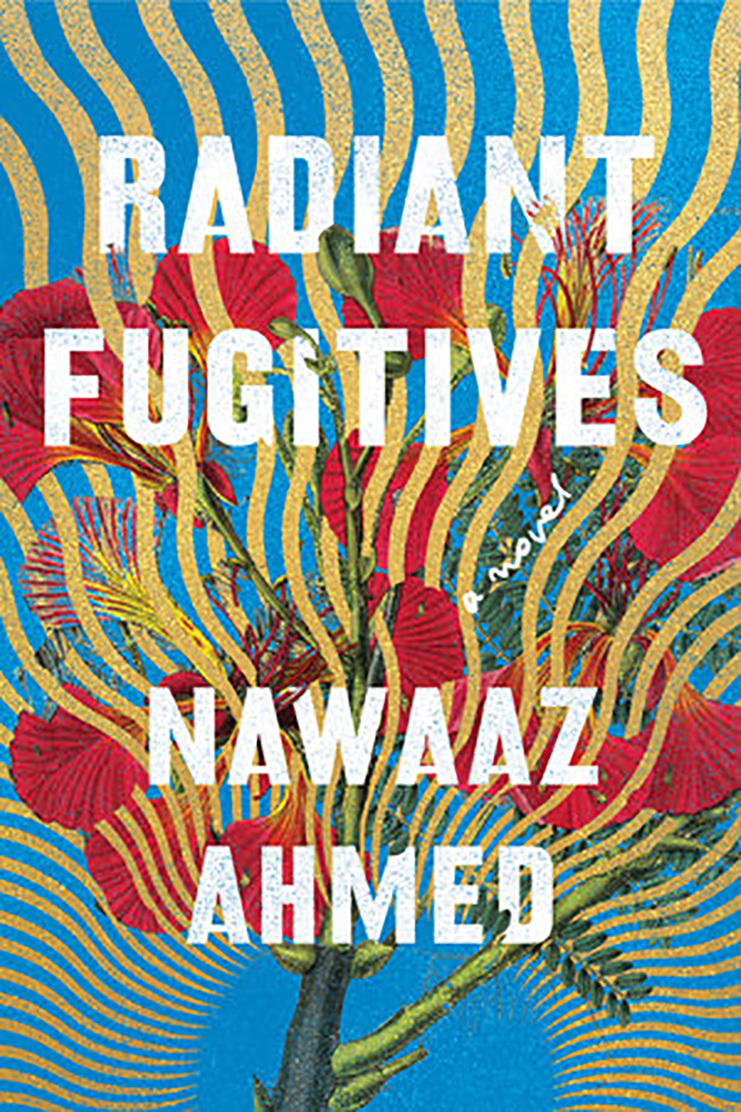 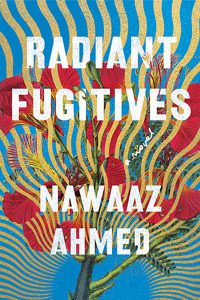 Two estranged Indo-American Muslim sisters, Seema and Tahera, reconnect in San Francisco when their dying mother Nafeesa visits to help Seema with the birth of her first child. The two sisters are radically different from one another—Seema is a political organizer, does not follow Islamic practices, and identifies as lesbian. Tahera is a physician who is married to an observant Muslim and is deeply connected to her religion and its daily practices of praying five times a day, wearing a hijab and jilbab, and only eating halal foods.

Nafeesa’s dying wish is that the sisters somehow reconcile even if their father refuses to accept Seema back into their family life. The three women and their struggles, resilience and tentative moves toward healing are the focus of Nawaaz Ahmed’s debut novel, Radiant Fugitives. The narrative is told from the perspective of Seema’s unborn child who in the opening scene of the novel has been delivered by C-section but is unsure of whether he wants to join the world of the living or the world of the dead and dying, which includes his mother, Seema, whose life has ebbed away with all the blood she has lost to placenta abruption.

The narrative from baby Ishraaq’s point of view goes back and forth in terms of family history. We learn about Seema and Tahera’s childhood, their father’s pride in Seema’s academic abilities and his training of her in theater and poetry recitation. (The novel weaves in Romantic poetry, especially Keats, throughout along with lyrical passages from the Qu’ran that should delight poetry lovers.) Tahera constantly plays second fiddle to her sister but the bonds between them are close.

When Seema goes to Oxford for her education and then returns home to come out to her parents and tell them about her lover, Chloe, the father rejects her, and she leaves home abruptly never to return.

Tahera and Nafeesa have little say in the family matters, and Tahera feels the loss of Seema deeply, and their relationship frays from grief, distance and Tahera’s growing embrace of Islam. When she marries Ismail and moves to Texas, they enter a deeply religious immigrant community, send their children to Islamic school and struggle with post 9/11 Islamophobia in this country.

Through the plot line focused on Tahera, we also learn of the struggles of her son, Arshad, with his religious identity. Ishraaq’s narrative also unfolds his mother’s complex life in the U.S. Her different lovers—Chloe, Divya, and Leigh—her queer South Asian Muslim friend, Fiaz, and her meeting with Bill, a Black Obama supporter with whom Seema falls in love and marries, and eventually becomes pregnant with Ishraaq as the couple is divorcing. Seema’s queer friends do not understand her choice to marry a man, her husband feels threatened by Seema’s female lovers, and Bill gives up his parental rights. As Seema approaches her due date, she worries about a guardian for her son and asks her sister to accept that role, and this request further strains the sibling relationship.

All of these family complications and the place of queer Muslims within a heteropatriarchal South Asian diasporic community is rich material for the novel. Through Seema’s political organizing work and her relationship with Bill, the narrative also unpacks the complicated history of South Asian and Black communities.

Furthermore, Ahmed goes deep into the history of the civil rights movement, the Black Panther party, the rise of Obama as a presidential candidate, the beginnings of Kamala Harris’s political career on the national stage, the Islamophobia directed at Obama by right wing groups, and the history of the 2008 and 2012 Presidential campaigns and Obama’s equivocating on marriage equality. This recent political history is fascinating especially as we view it in our post Trump moment, and the novel is quite critical of President Obama and his politics. All this history drives the plotting of the Seema-Bill relationship and quite often the political history takes front stage and the novel’s plot development loses steam.

The novel is engaging and makes a necessary and important intervention into the intersectional understanding of race, religion, class and sexuality through Seema, Tahera and Fiaz. The character of Bill has a lot of promise, but he never quite grows on the reader because he is mostly a vehicle for the discussion of the Obama era and its antecedents. Ahmed offers a compassionate view of observant Muslim immigrants and their challenges and in this his novel is reminiscent of Fatima Farheen Mirza’s A Place for Us (2019). The narrative also pushes back against the common practice of categorizing people by their sexual identity and expecting them to conform to certain behaviors in their relationships.

While Ahmed creates engaging characters in Seema, Tahera, Nafeesa, and Arshad, the novel often veers into political reportage. The device of having the unborn child as narrator begins well but loses its punch as the novel develops. The conclusion leaves the reader quite unsettled and questioning if queer people of color will ever belong in the United States. This is a thought-provoking novel and worth a read.