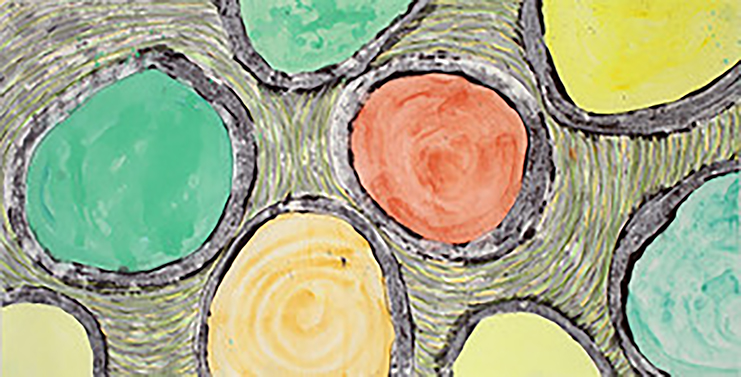 Opening September 3, 2020, quieter days, by painter and poet Alan Lau, showcases a master artist’s reflections on solitude and remembrance. This new series of abstract paintings on paper weaves ink, paint, and pastel into layered, rhythmic patterns. Like a jazz musician, Lau’s compositions are often impromptu dances with a brush. These elegant abstractions are both macrocosms and microcosms, skillfully weaving a poetic web of connections between his own life, the ever-evolving Seattle community, and the larger world.

Alan Lau is a painter, poet, journalist, creative organizer and the arts editor of the International Examiner who has been a key figure in Seattle’s Asian-American cultural scene for decades. His visual artwork has been exhibited since the 1970s at numerous venues including Francine Seders Gallery, ArtXchange Gallery, and an extensive list of regional and international museums and collections. In 2014, he was awarded the Mayor’s Arts Award by the City of Seattle and was the recipient of a major award by the Adolph & Esther Gottlieb Foundation in 2015.

Visit the exhibit in person or online starting September 3.