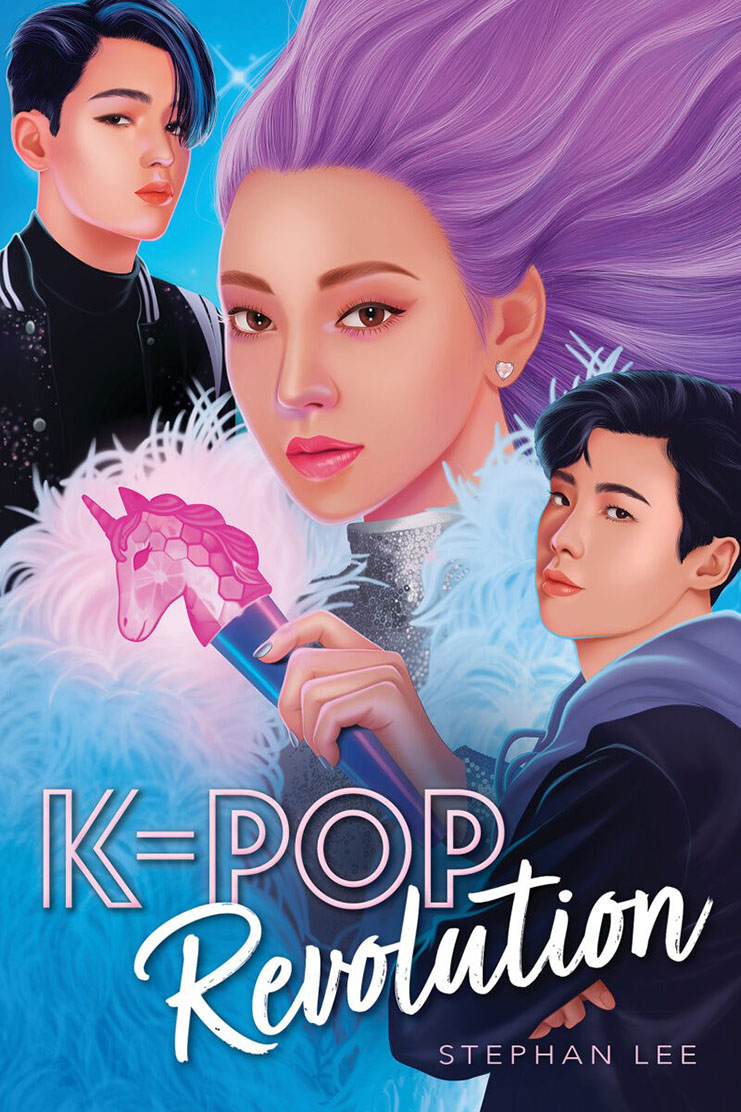 Korean American journalist, Stephan Lee, is a senior editor at Bustle. In 2014, he traveled to Seoul, South Korea for three weeks to research Korean entertainment’s huge popularity in the world. He interviewed well-known K-pop celebrities, and it is out of these interviews that his highly successful story, K-Pop Confidential, came about. The sequel to that book, K-Pop Revolution, will be published on April 5, 2022.

KS: K-Pop Confidential and K-Pop Revolution are both highly addictive books. What made you choose to write in the world of K-pop girl groups?

Stephan Lee: You know, it was never a question in my mind when I set out to write a K-pop novel that it wouldn’t center on a girl group. Other than BTS, I’m just not that interested in boy bands or male artists in general! Even as a gay boy growing up in the early 2000s, I never crushed on Backstreet Boys or *NSYNC. Instead, I was dazzled by and sort of wanted to be Destiny’s Child, Britney Spears, TLC, Xtina, Spice Girls, etc. I’m forever fascinated by the mix of fierceness and vulnerability of female megastars, and that goes doubly so for K-pop.

KS: You have such an authentic voice in writing from the point-of-view of a teen girl K-pop idol. How did you develop your voice and writing style that conveys the glamor, grit and adversity of that world?

SL: When watching K-pop stars in music videos, reality shows, and interview shows, I’ve always been fascinated by how tightly controlled the idols’ image seemed to be in a way that was different from Western stars. They seemed so glamorous and slightly untouchable, and it was always such a mystery to me what must be going on in their heads. I wanted to create a character who was being shaped into someone who looks like they completely belong in this world, but her thoughts and inner voice are exactly how you or I would react being put in this situation — at the end of the day, even the fiercest, perfect-looking K-pop idol is just human, and that’s the dichotomy I wanted to capture with my protagonist Candace’s voice.

IE: In both your books, you chose to tackle the physical difficulties and mental health challenges that newcomers and long-timers face in the Korean music industry. However, that was not the sole focus of your books.

SL: The last thing I wanted to do was write a novel that was only about the “dark side” of K-pop. I don’t think K-pop is any worse or more inhumane than the American entertainment industry, just different. K-pop immediately struck me as a perfect metaphor for what young people go through all the time all around the world.

The K-pop trainee system is basically like a real-life Hunger Games — the rules have all been written by older generations, yet young people are the ones who are pushed into the arena; their dreams and talents are commodified and used for profit, mostly for others. Even if K-pop is rarefied and foreign to most people, I think anyone who’s been through applying to college, competing in elite sports, or entering the work force can relate to the themes.

KS: And you do it all with a light hand. Was that a deliberate choice?

SL: Yes! K-pop is FUN, exciting, and full of amazing visuals and innovation. There’s a reason Candace stays in the trainee program. As miserable as she is sometimes, her summer as a trainee is the best time of her life. Plus, any situation in which everyone is being dead-serious all the time — people in the trainee program treat K-pop like life or death — is naturally absurd and hilarious. I definitely wanted Candace to be a narrator who appreciates irony no matter what else is going on.

KS: Your books are populated with diverse characters across race, gender, sexuality and so on. What image of K-pop were you hoping to convey to your readers?

SL: The K-pop fandom is unbelievably passionate and diverse in every sense. I do think K-pop needs to and will expand the definition of what a K-pop idol looks like — not to say K-pop should be less distinctly Korean in identity, since Korean-ness is what people all around the world love about it! However, I think in addition to more conventional K-pop groups — which we love and want more of — there should also be groups from major companies that embrace more types of diversity.

I think the goal of the K-pop industry is to be seen around the world as pop that just happens to be (partially) in a different language, not some niche interest, and making the artists reflect the fandom a little more will go a long way in making that happen.

KS: From my experience, K-pop is huge on synchronized choreography. What jumped out at me was that you chose to make your trainee protagonist be a bad dancer. What was behind that choice?

SL: I love the synchronized dancing as a fan — it’s so fierce! However, it always fascinated me that many of the K-pop idols who pull off these moves so perfectly didn’t have natural dancing talent before becoming trainees. They had to build their skills one by one through tremendous effort over many years. I think every hero needs to have an Achilles heel, and being a bad dancer is such a major one for a wannabe K-pop idol. It’s also a skill where you need to be willing to look silly before getting better, and as a girl who’s grown up trying to adhere to the “model minority” image in America, Candace finds letting go of her fear of failure very difficult.

KS: Did you harness personal cultural experiences to show how your Korean-American protagonist adjusts to life and work in South Korea? What point-of-view were you hoping to convey there?

SL: Whenever I visit Korea, even though I have the most Korean face ever, everyone knows I’m a “foreigner” the moment they see me. It’s in my expression, the way I carry myself, everything. I wanted to get into the dynamic of a child of immigrants venturing to their country of origin for the first time, and how strange it is to feel even more foreign in a place where everyone looks like you than in America, where you’re also a minority.

KS: Which are your favorite K-pop groups? Did you listen to them for research or did your love of the music come first and the idea of the books grow out of that love?

SL: I love BTS, Blackpink, 2NE1, Girls’ Generation, aespa, ITZY, TWICE, Everglow, and so many more. I was certainly a fan of K-pop before I started writing the books, but the research I did made me even more obsessed!