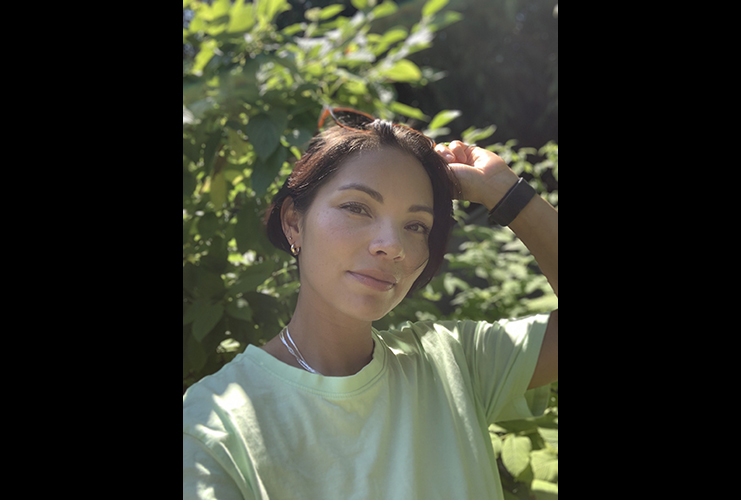 Sharadawn Reith has been spinning on Seattle-area stages for 15 years, her passion initiated from her love of hip-hop in college. Reith, also known as DJ Sharadawn, regularly plays at STK in Bellevue, and will soon be playing at the CID Block Party on Aug 20th.(Disclosure: The International Examiner is a sponsor of the CID Block Party). DJ Sharadawn is also a mother and a nurse, and talked to the IE about the shared characteristic among all her professions: Caretaking.

IE: Can you do a quick intro to share a little bit about who you are and what you do?

DJ Sharadawn: My name is Sharadawn, and I’m a DJ (I just go by my name because folks know me by that). I just love music – I feel really fortunate that I get the chance to share that passion with so many different groups of people. And, you know, connect on that level.

IE: How would you describe your DJing style?

DJ Sharadawn: I have sets that require tastes all over the board. And so, I just take my love for music and sprinkle my energy into what they’re looking for. For some places, they’re going to ask for really pop music; other folks, they’re going to want old school throwback, disco, or funk. I just try to interject myself and skew it to make it a little different than what you’re gonna hear from someone else.

IE: If someone said you could play whatever you want, what would you play?

DJ Sharadawn: I would go all over the board. I would play stuff that’s classic, like old school R&B and soul, like motown. I would definitely play some house. I love rap.

IE: I noticed that in your social media, you also proudly share your identity as a mother and nurse. How do you balance these three roles, and have any one of them influenced your relationship with being a DJ or with music?

DJ Sharadawn: That’s a good question. I think… they all pretty much share a characteristic trait of making people happy. And feel good. And just taking care of others to be honest. And, being intuitive to how other people are feeling, and really clueing in on that.

IE: How did you get started in your career as a DJ?

DJ Sharadawn: So back when I was in high school I did running start, and used to dance as part of a hip hop dance troupe. I thought DJing was really cool. I saw a friend who had turntablist skills, which is one of the four corners of hip hop. He just blew the room away; and I was like, that’s what I want to do. And it was at our community college, Highline. Because I already had a connection with music (it moves me) I was like, I want to move people, with music.

IE: Can you speak more about your connection with music? How did it start?

DJ Sharadawn: We didn’t really watch a lot of TV growing up, but my mom just always had music playing. We did have a record player and there was a 45 that I would play on repeat over and over and over again. My mom just played music all the time. So I played and listened to a wide variety: she would play rock, classical, country, groove, funk. It’s just always been present.

IE: That’s where you get your eclecticism!

DJ Sharadawn: Yes, that must be it!

IE: What makes a good crowd? What are your favorite stage moments?

DJ Sharadawn: I would say (many years ago) there was this Day Shift Night Shift party that would happen. And those parties were so special – they represented a kind of open format, openness, and people going there with open minds. You could play whatever; they did not give you direction to play this or that. You just played what your heart wanted to. And the crowd was so receptive, because you weren’t pigeon holed to play any certain thing. So I would have to say definitely, those parties were a lot of fun.

IE: Do you think you can find a crowd like that these days?

DJ Sharadawn: I think so. Especially now that we’ve started to come together again (after such a crazy few years) people really are seeking connection. And I think everybody does come with that openness to just connect and enjoy, and really be in the present with people that they know, people that they’re just meeting. It’s actually really special. At the beginning of this year, was one of the first times I started getting back into more engaging sets. And it was like, yes! Connection! People! Music! This is where we’re supposed to be.

IE: What was your first pandemic set like? Did the crowd feel noticeably or tangible different?

DJ Sharadawn: You know, last summer, I started playing at STK over in Bellevue. And it was already kind of like a thing that was going on: people loved it, high energy, high music, high- energy music. But then one of the first engaging sets I had was, like, a store opening. And it was a nice little private party. And people – they were alive. It was so amazing. Their energy was so good. It was electric. I fed off of them. They fed off me. Like it was a party. And it was really kind of the affirmation that I’m like – yeah, this is where I need to be.

IE: What store was that!?

DJ Sharadawn: The House of LRMC, Russell Wilson and Ciara’s new store at U Village.

IE: Have you ever brought your kids to one of your sets and let them spin?

DJ Sharadawn: When the pandemic first hit, I did one set on Instagram. It was fun; my kids were dancing. I remember my camera falling, and scrambling to deal with that. Later, they would try to mess around on a controller that I had set up. They love it. My youngest – she’s all about flipping switches. She loves to pretend she’s DJing in the car anytime we’re listening to music. She’s always pretending and my older one is like dancing. She’s the DJ, and she’s the dancer.

IE: Do you have some hints or ideas on what you’re going to spin at the CID Block Party?

DJ Sharadawn: Well first, I was just really honored to be asked to participate in the block party. And there’s so much new, upcoming talent. So I feel lucky to be involved because I’m kind of old school at this point. And it’s just really exciting that it’s, you know, the lineup is all female, non binary, like, just super exciting. I can’t wait to hear everybody else’s sets, see the performances. I’m just really stoked for that. And all the good food. All the art. I’m stoked, and I’m gonna bring my kids they’re gonna be there.

This interview has been edited and condensed for clarity. Catch DJ Sharadawn’s live performance at the CID Block Party on August 20th, from 3PM-9PM.