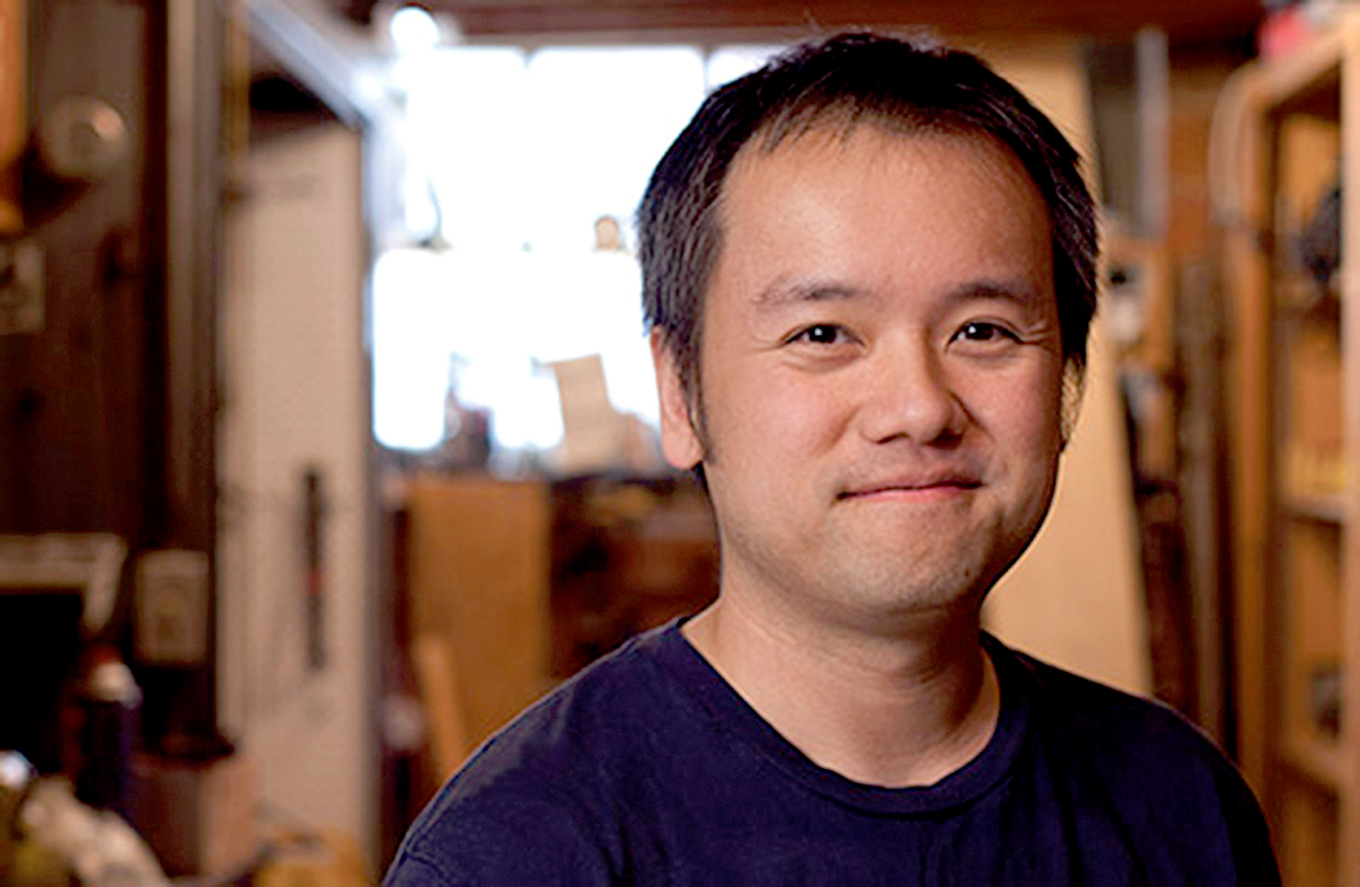 Playwright Qui Nguyen is in focus here in Seattle during December, with two plays running simultaneously: Vietgone at Seattle Rep and The Inexplicable Redemption of Agent G at the University of Washington.

Vietgone has broad Pacific Northwest reach, as a co-production with the Oregon Shakespeare Festival—while Agent G humorously references the very trilogy of which Vietgone is a part.

All of these twists and loops are par for the course for Nguyen, a playwright who is also a fight director who launched a theatre company in New York called The Vampire Cowboys.

“I love Qui’s wild imagination,” said actor Amy Kim Waschke, who has performed in three of Nguyen’s plays, including the current Vietgone in the role of Huong, mother of lead female character Tong (a partial stand-in for Nguyen’s real mother). “He has a completely original voice and his plays push the boundaries of conventional theater. They often include music or rap, puppets, genre bending, comic book and manga references, underdogs as heroes, and in almost every Qui play, there is a huge, mutha-f-ing, badass fight!”

But Nguyen’s goals for Vietgone go beyond the physical to other unconventional possibilities.  “I wanted to finally see a show about Vietnam where the main characters were the Vietnamese instead of the white guy,” Nguyen said,  “where the Asian characters got to have agency over their own destinies and not just be plot points for the Caucasian lead actor like in Miss Saigon.”

Nguyen’s visual was both social and personal. “I wanted to see Vietnamese women portrayed in other ways than whores or suicidal Virgin Mary’s. I wanted to see Asian men finally be portrayed as sexy,” he said.  “And finally, it’s my family story so there’s that too. It’s the play I always wanted to write and so I writ it. Large.”

When auditioning, actor Amy Kim Waschke read the entire play in one sitting.  “Not only was it exploring an untold perspective on the Vietnam War, that of Vietnamese refugees, but Qui had also written his Asian and Asian American characters to defy current stereotypes,” she said.  “The men were strong and sexy, the women were irreverent, feminist and funny.  I knew immediately that I wanted to be a part of it.”

Director May Adrales felt the same way, based on a prior history of collaboration with Nguyen.  “Qui and I devised a show together previously before working on the first draft of Vietgone,” she said.  “I’ve also followed his work with Vampire Cowboys for years.”

Adrales finds that this mutual history is key to successfully directing Nguyen’s plays.  “To understand his style, I think directors must know innately how humor and comedy is employed throughout,” she said.  “The heart of the piece is with the play’s ability to shine light and hope even on the darkest moments.”

Nguyen echoes that sentiment in spades.  “Hearing that this play is about Vietnamese refugees, it’s understandable that many peeps would believe it’s a real serious drama,” he said.  “But a ‘Qui Nguyen show’ is equal parts rebellious comedy as it is history.  This ain’t your grandmother’s dusty theatre.”

He nods toward his dual career focus as the impetus for his style.  “I think being a fight director helps me look at my play immediately as a physical piece of art,” Nguyen said.  “I think when you’re sitting behind your computer and typing out dialogue, it’s really tempting to make your show just a pair of talking heads. Being a movement artist however, it’s helped prevent my shows from being static.”

Again, Nguyen points to his partnership with Adrales as the conduit for bringing his vision to fruition.  “We basically share a brain,” he said.  “She’s Filipino. I’m Vietnamese. We’re both jungle Asians so neither one of us mind breaking rules. Which is good.  ‘Cause we’re both very mischievous. Which makes this all very fun.“

Despite this, Nguyen acknowledges that his work is rooted in real family experience, including his own.  “After all the fun hip-hop and stylistic swings I take throughout the show, I knew I ultimately wanted to end the play with a realistic depiction of me interviewing my dad,” he said. “Because I was gonna show up at the end, I thought it’d be fun to have ‘me’ introduce the play as a way to bookend the evening.”

Director Adrales feels that this creates precisely the blend that she herself seeks to create in a staged production.  “Oftentimes you will laugh through tears in my productions,” she said. “That’s the aim for me anyway.  To create a joyful, moving unforgettable live experience.”

‘The Inexplicable Redemption of Agent G’ runs from December 6 to 11 at the University of Washington Glenn Hughes Playhouse Theatre in Seattle.  For more information, visit https://drama.washington.edu/events/2016-12-06/inexplicable-redemption-agent-g.