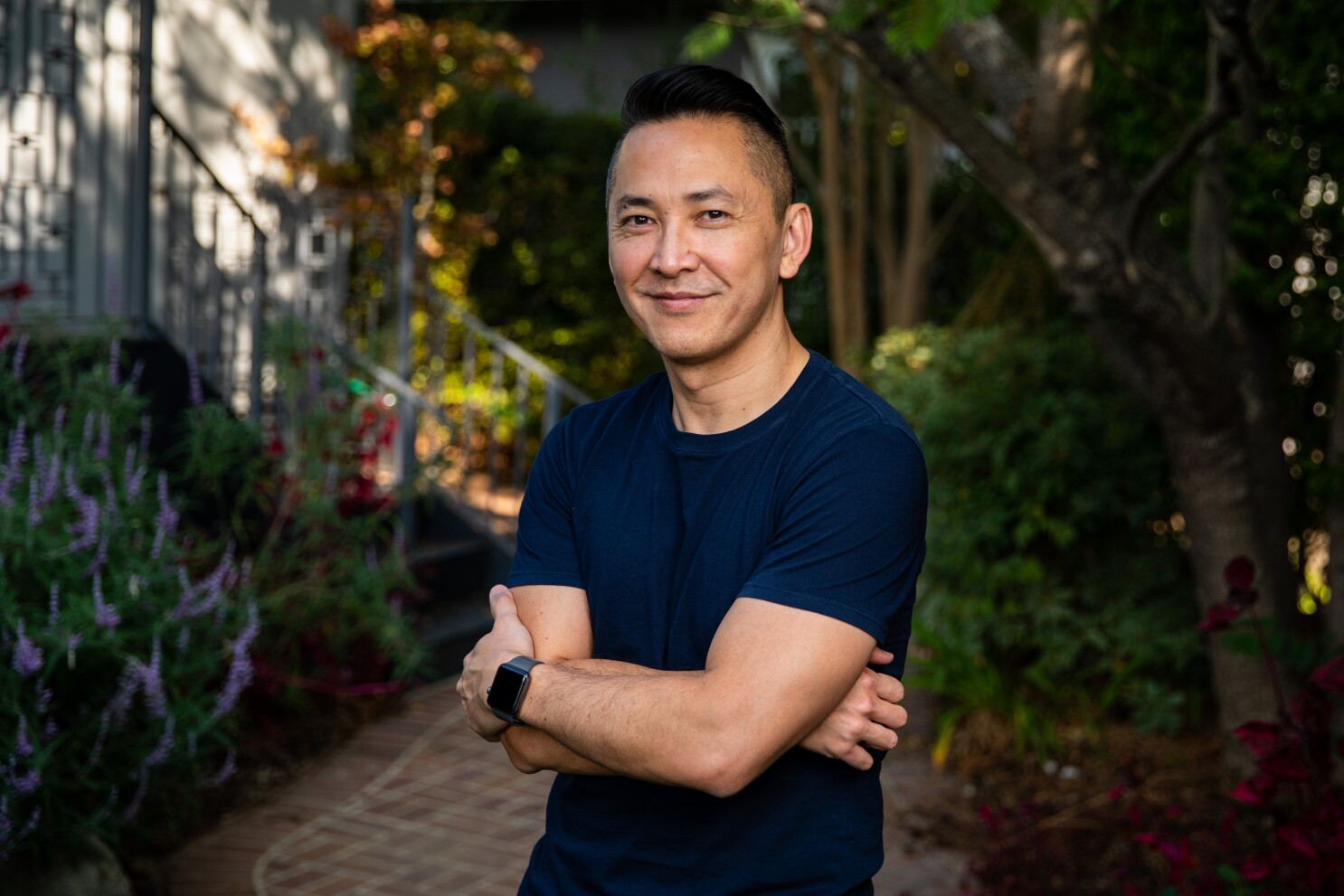 On February 24, Pulitzer Prize-winning author Viet Thanh Nguyen spoke at the Seattle Central Public Library to promote his new book, The Refugees, a collection of stories that explores immigration, identity, love and family.

“I never want to be an insider completely,” Nguyen said while answering the question at the Central Library. “Once you are an insider you become like the American Vietnamese who are no longer refugees and look at Syrian and Muslims refugees and say keep them out. We are good refugees, and they are bad refugees.”

Nguyen expressed his concern that Vietnamese in the United States are forgetting what is to be like to an outsider or a refugee. “The reality is that they were just lucky to get in,” he said.

Nguyen was born in Ban Me Thuot, Vietnam in 1975. He came to the United States as a refugee in 1975 with his family and initially settled in Fort Indiantown Gap, Pennsylvania, one of four such camps for Vietnamese refugees. From there, he moved to Harrisburg, Pennsylvania, where he lived until 1978.

Nguyen agrees that he has made a successful transition from refugee to American citizen. “I’m a successful avatar of the American dream and possibilities,” he says. But he wants to keep alive “the memory of what that felt like to be a refugee.” While addressing questions from the audience, Nguyen emphasized that it is important for the people to stay connected with their roots.

The stories in The Refugees are a testament to the dreams and hardships of immigration. Nguyen tells the story of a young Vietnamese refugee who suffers profound culture shock when he comes to live with two gay men in San Francisco. In another story, a woman’s husband has dementia, and he starts to confuse her with a former lover. In another, a girl who lives in Ho Chi Minh City has an older half-sister who comes back from America having accomplished everything she never will.

It took Nguyen 17 years to write The Refugees, and compile all his experience, pain and struggle as a refugee in a book. It was difficult, he said, to gather the necessary historical information. Nguyen said that The Refugees is not very political book, but the stories touch on charged and personal topics.

Nguyen talks about the political situations, domestic situations and Vietnamese emotions in the book with the minute details. The interwoven stories of the particular sorrow of displacement and exile are examples of universal suffering. Through short stories, he focuses on the politics of the Vietnamese war. Nguyen uses words to paint the picture of the suffering and pain of refugee of war.

An audience member asked Nguyen to compare the writing styles he chose for his two books. He said that his debut novel worked better for him, as it was more natural and allowed for much more freedom.

During his talk, an audience member asked how American people have reacted to his writing. Nguyen replied that people reach out to him through emails, postcards and letters and most of them appreciate his work and are positive. But a section of people say, “you are an anti-American, ungrateful and we sacrifice for you.” Nguyen said that he received a letter from an educated man saying telling him to go back to Vietnam, and that he shouldn’t be raising his son here.

There is still speculation about his books being adapted into movies, but Nguyen said he would rather The Sympathizer to be turned into a television series than a film.

Nguyen said he always wanted to live in Seattle, and his dream job was to be a professor at University of Washington—but his application was rejected. This didn’t stop him from getting a job teaching English at the University of Southern California.