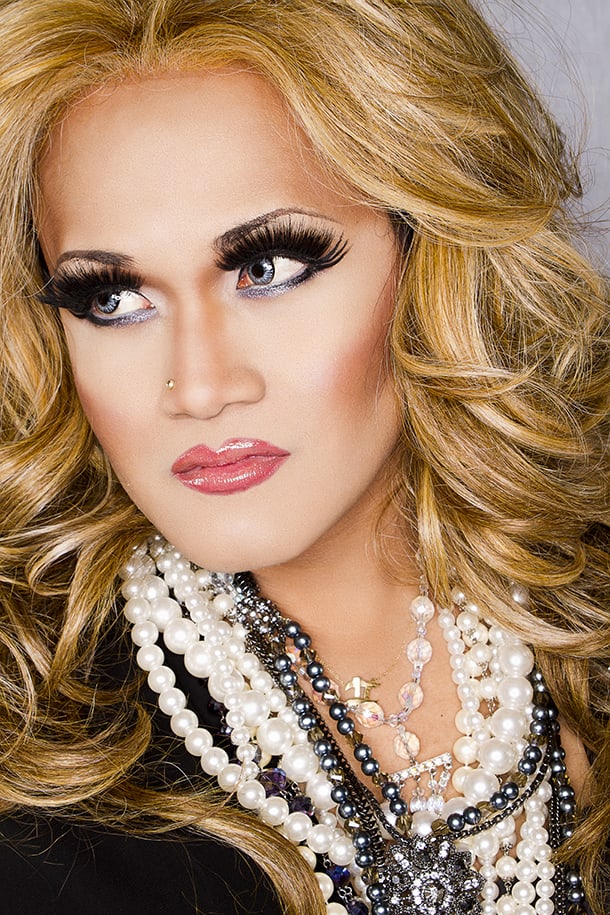 Pride ASIA is coming up on Memorial Day weekend, and the International Examiner caught up with founder Aleksa Manila as she prepares to host the sixth annual Pride ASIA event at Hing Hay Park in Seattle’s International District. For almost 20 years, Aleksa has been active in the Seattle Pride community, and was first crowned in 2001 as Miss Gay Filipino by the Filipino Community of Seattle.

Since then, along with continued participation and coronations in Seattle Pride events, Aleksa has maintained a deep commitment to service, earning at least four awards in community service since 2006. In 2012, Aleksa founded  Pride ASIA in order to empower and nurture multi-cultural Asian Pacific Islander LGBTQ diversity and create a safe space in which to participate in Seattle’s annual Pride festivals. Since then, Aleksa has assembled a team of nine to lead Pride ASIA, and the organization has grown to host additional events, including the annual Rice Ball fundraising event, Dim Sum Dialogues to promote cultural competency through conversations, and the Pride ASIA Pageant to select Pride ASIA’s annual ambassador. As Pride ASIA approaches, Aleksa made time to share some of her history and her visions for the future.

Aleksa Manila: I’m originally from the Philippines. I was born in Manila (hence, Aleksa “Manila”) but raised in a province just north of it called, Pampanga—where the former U.S. Air Force Base was. I moved to Seattle in 1995 to join the rest of my family and so, Seattle has been the only other “home” I’ve known and love.

I’ve lived in the Chinatown International District for about 10 years or so, and just relish in the vitality of its culture and sense of community. When I walk around the neighborhood and I see faces like mine, I feel very much at home; and that I belong here. A sense of—this is my community, this is my family—my chosen family. And who could resist late night dim sum? Growing up in the Philippines and having traveled to different cities around the world where they have “Chinatowns,” I’ve grown accustomed to thinking that these spots are tourist destinations. Of course, I have long since outgrown that notion. Where I live now is very much my home, and not simply a tourist spot to check off.

I believe when I was crowned Miss Gay Filipino in 2001 was the beginning of my advocacy adventure. It was my very first drag pageant, I won every category except Miss Congeniality (laughs). It was a turning point in my gender expression and identity. Growing up in the Philippines, even though it was socially acceptable to be gay, lesbian or transgender—it was very stereotypical. The gay man was often, if not always, represented as the flamboyant and squealing hairdresser at the public market. And so, I took it upon myself to create a visual and audible platform as Miss Gay Filipino to educate and raise awareness of the diversity of the LGBTQ community within the Filipino, Asian, and larger Seattle communities. I didn’t want people laughing at me like the “gays” were comic relief on TV or film, I wanted people to laugh with me and fight with me for social justice and equity. Over the years, I have my drag titles, be it Miss Gay Seattle or Empress of Seattle and so on, to be visible and speak on LGBTQ, especially trans* and youth issues. I have organized countless fundraisers, participated in numerous political rallies and been involved in many advocacy groups and organizations.

IE: What is your role with Pride ASIA?

AM: Alongside my friends in the community, I founded Pride ASIA in 2012. Through our collaborative efforts, our mission is to celebrate, empower, and nurture the multi-cultural diversity of the Lesbian, Gay, Bisexual, Transgender and Queer communities through the Asian/Pacific Islander lens. As its Founder and Executive Director, I am responsible [for making sure] that we have socially relevant and culturally sensitive programming—whether it be our community discussion, Dimsum Dialogues; our fundraiser, Rice Ball; or the our annual Queer API Pride event, Pride ASIA at Hing Hay Park.

IE: This is now the sixth  Pride ASIA event. How did  Pride ASIA originate and how has it evolved over the years?

AM:  Pride ASIA originated as a response to the lack of Queer API representation in the traditional Seattle Pride festivities and activities. It honors the history of our LGBTQ API elders and pioneers who paved the way for us—organizations like Queer & Asian (Q&A), Association of Lesbian and Bisexual Asians (ALBA), Young Asian Men’s Study (YAMS). And people like Arnaldo! Drag Chanteuse, Chong-suk Han, Gaysha Starr, Lola Maharlika, Nhan Thai, Smokee, Tita Ganda and so on.

We are committed to ensuring that the  Pride ASIA event itself continues to be a free, all ages, and public event that celebrates and honors all the many talents of the Queer API community of the northwest and beyond; including the QTPOC community because there are not enough safe spaces for POCs. The afternoon also includes various organizations and agencies that help to foster networking and services for QTPOCs.

IE: You’ve said in the past that you felt like  Pride ASIA needed to be in the heart of the CID to bring Pride in the Asian Pacific Islander LGBTQ community front and center. What has the response been? Do you feel like it’s helped the API community talk about LGBTQ issues?

AM: The response of having  Pride ASIA at Hing Hay Park—front and center, has been very warm and welcoming. … Although I couldn’t rely on any formal research to say that our visibility has helped with community talk about LGBTQ issues, I believe that anecdotally, when mainstream media initiates contact with us, that is a positive sign of inclusion. Also, I’ve noticed more same-sex couples enjoying the restaurants and museums in Chinatown/ID. That’s a great way to see acceptance within the API community.

IE: Can you tell us a little about what you have planned for this year’s event?

IE: For the event, what are you most excited about and why?

AM: Personally, I’m very excited and always look forward to our API elders who reside and commune in Chinatown. Year after year, they hear and see us at Hing Hay Park … and typically, they watch us set-up while they’re doing their morning tai-chi. As soon as the performances start warming up, they gather around and I’m just lost for words to describe the happiness I feel when I see them smiling, laughing and clapping to drag queens lip syncing their favorite Chinese operas and ballads. It just reminds me of my lolas (Tagalog for grandmother), and someday I’m gonna be just like them, and I hope just as jubilant in my later years.

IE: Is there anything the community can do to help support  Pride ASIA’s cause?

AM: Talk to your LGBTQ family members, community members about acceptance. Openly talk about love and respect while honoring and celebrating our differences. Be informed of community resources that are empowering. Do not partake in dialogue or activities that are homophobic, transphobic, and racist. That only leads to violence of the heart, mind, body, and spirit.

Pride ASIA will be held on May 28 from noon to 4:00 p.m., at Hing Hay Park in the Chinatown International District. For more information, visit www.prideasia.org/events and www.aleksamanila.com. 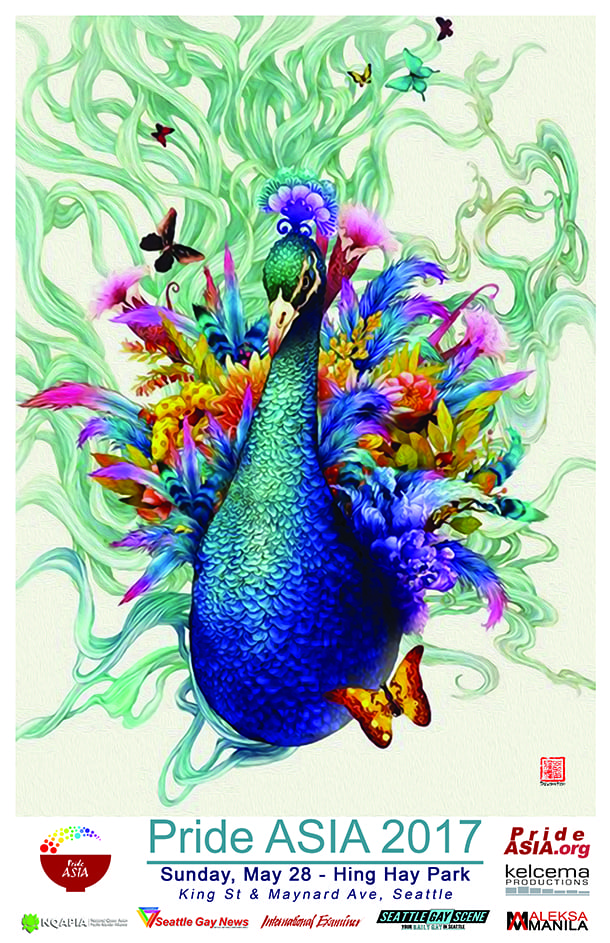