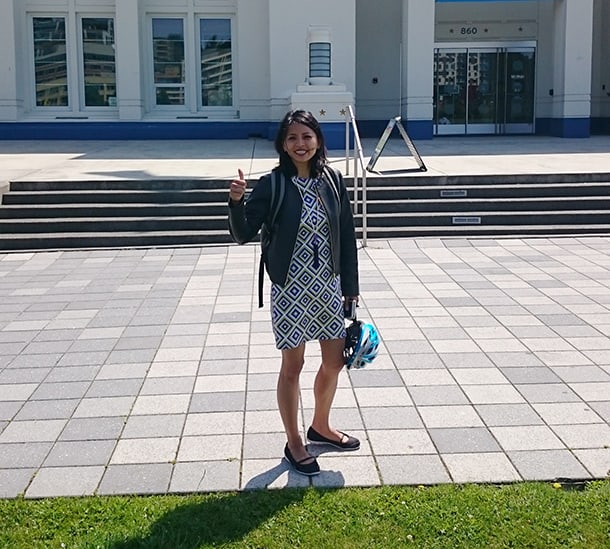 Querido-Rico’s family immigrated to the United States from the Philippines in 1988 and she is the first person in her family to run for public office. She is a supply chain and logistics engineer who got her start at the Boeing Company.

The International Examiner caught up with Querido-Rico to talk about what she feels voters need to know about the Port of Seattle elections.

International Examiner: What do people need to understand about the Port of Seattle?

Bea Querido-Rico: Many people think the Port only manages the airport or handles all the cranes you see when you’re driving on I-5 … but it’s beyond that.
The Port of Seattle is an economic development agency that impacts so many aspects of our daily lives. If you enjoy traveling and use the airport or ship products for your business you are a person I will serve. If you are looking for a job so that you can feed your family, if you appreciate the wildlife that soar through the Cascades and advocate for clean air and water, or if you are looking for affordable- fresh produce from local farmers, then you are the person I will serve.

The bottom line is, the Port of Seattle’s impact on people, it’s much more relevant than people think. They’re the economic driver for King County, and they haven’t really been forthcoming with that mission. The Port needs to laser focus on protecting and developing the jobs of the future by strengthening the support through innovation in areas where we are strong: maritime, fishing, aerospace, and software development, among others.

IE: What would you say is the key issue at the Port of Seattle, and how would you bring about change to that?

Querido-Rico: The Port should pay more attention to disadvantaged communities. Allocating budget or throwing money at problems is not enough. In my campaign, I always say, “we need sensible leadership.” Sensible leadership means effective leadership and the Port Commission needs to have a deeper understanding of the day to day lives of communities like the Asian Pacific Islander communities.

Sensible leadership is needed. The part where the Port is spending half a billion dollars every year and there’s only a select few groups that are benefitting from that, is really concerning to me. I feel like the Port is not understanding what it’s like to do business with someone coming from immigrant communities. Don’t just create a workshop, help communities be more resilient in business and make the process of doing business at the Port more accessible and easier.

Additionally, I think what really matters is the International District. I’m going to the [“We Shall Not Be Moved” town hall] to protest or stand up against the displacement, and the implications of all the development going on in the city. And that’s something I feel like the Port has been absent in.

Further, in my opinion, the Port has overblown the issue with the SODO arena and has allocated public funds that are counter to the mission of the Port as an economic development agency. The University of Washington Evans School of Public Policy just released a study that further enforces the viability of the SODO arena as an economic driver, yielding three times more tax revenue to the City General Fund. If elected on the Port Commission, I would work hard to make sure that we invest in protecting the heritage and culture of the impacted communities surrounding the proposed SODO arena, to include the International District and South Seattle cities. What our community needs is to be unified and sports teams do that. Investment in the return of the Sonics is what our community needs—it can’t be done only by the Port, it’s an all hands on deck issue.

Other key issues—what’s really apparent to the public is the growth of the airport. We need more brain power and less politics to develop an integrated gateway strategy. The Port tends to approach problems in a silo and as a Commissioner, I would collaborate with government and private partners to invest in an integrated and innovative transportation infrastructure that will result in more people being independent from their personal cars. I am laser-focused on investing in a multi-modal transportation infrasture addressing: speed, reliability, and independence

Finally, I think it’s outrageous that Port of Seattle’s technology team is buried in the organization. As Port Commissioner, I would strongly recommend for the Executive Director to have a Chief Innovation Officer on the Executive Leadership Team. My priority is innovation and it starts at the top with senior management.

IE: You’ve been attending a lot of API community events and reaching out to community leaders. What’s an example of something that you’ve learned about the community in your outreach?

Querido-Rico: As a member of the API community, I’m dedicated to advocating the needs of the community. In fact, I spearheaded the institutionalization of the Filipino Young Leaders Program (FYLPRO), founded by past Philippine Ambassador to the United States, Jose L. Cuisia, Jr. and led as President of the national nonprofit for two years, and currently serving as Board member. I established the Boeing Filipinos group as well as participated in the Executive Development Institute.

What I learned in the process of the election is that I noticed that candidates who care about API show up to events. For those candidates that truly care about API community issues my message is: it’s nice to see your support for the API community during elections, but I do hope that they follow through on promises stick around. 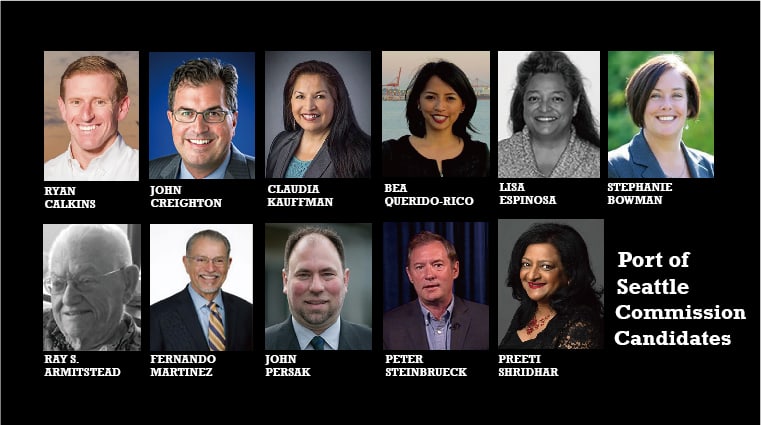