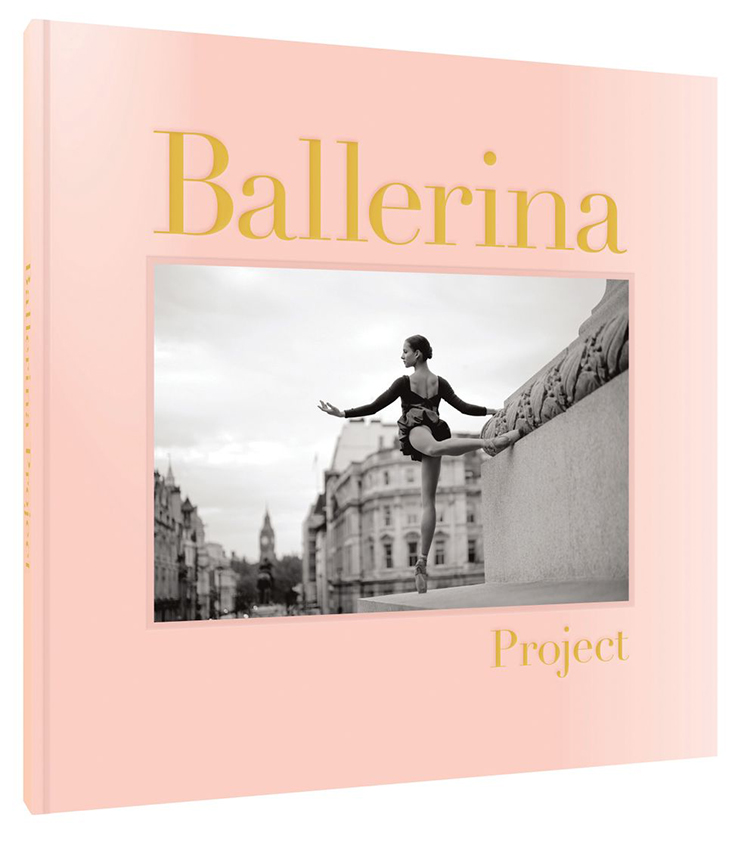 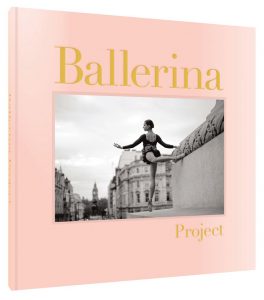 New York City-based photographer Dane Shitagi has spent more than 20 years traveling the world, photographing ballerinas in a medley of unexpected locations from London to Buenos Aries. A quick scroll through his celebrated Instagram account will reveal nearly 6,000 stunning images of dancers perfectly posed under desolate bridges, at the edges of subway platforms, or reclining at the base of the Eiffel Tower. With more than one million followers on social media, The Ballerina Project is clearly one of the most admired and extensive bodies of work on the subject.

Earlier this year, Chronicle Books released a selection of Shitagi’s photographs, also titled The Ballerina Project, in a beautiful hardbound coffee table book — complete with gold stamping and wrapped in the same pink satin used in the fabrication of pointe shoes. At just over 200 pages, the book features more than 50 world-renowned ballerinas in astonishingly perfect form, frozen against a range of urban and industrial landscapes.

Shitagi’s work with ballerinas first began in 1994, when he convinced a young dancer to pose on a small wooden platform at the base of a waterfall in his native Oahu. The resulting image has an almost ethereal quality — the dancer twirling weightlessly on the surface of the pool, her own motion and that of the waterfall suspended forever within the frame.

Since moving to New York City in 1996, Shitagi has continued to photograph ballerinas outside of the dance studio, and every image in his book highlights a meticulously developed understanding of how to frame them. Each dancer, no matter their location, is captured in the perfect light, at the perfect moment, from the perfect angle.

“Still photography is not a natural medium to capture dance,” Shitagi writes. “The project is about the ballerinas. Their emotions, their aspirations, and the place they are present in in their lives.”

A virtuous statement, It’s difficult to connect Shitagi’s intention to the images selected for the book. The slightly surreal, ephemeral charm of his initial waterfall image has succumbed to a slick, technically refined approach. While expertly composed, these later images have the distinct feel of fashion editorials — and could easily serve as such for Capezio or Wolford, both of which Shitagi has done commercial work for. Nearly all of the dancers are shot in profile or with their eyes closed, making it difficult to connect with them or to gain any insight into their personal relationship with their craft. Instead, they appear disconnected and isolated from their environment and the viewer.

Shitagi’s website features four galleries of images used in The Ballerina Project, and one gallery called Ballerina Project bts— a behind-the-scenes glimpse of outtakes and candid snapshots.  Curiously, the images found here are among some of the most compelling in the series, but were ultimately omitted from the book. A dressing room littered with makeup brushes, chocolate boxes and a discreet bottle of whiskey; a sewing kit flung open for a last-minute costume repair; ballerinas—and ballerinos!— rehearsing together, in collaboration. The moments captured in these images sweetly humanize the elegant forms stretched across each page of the book, and ultimately help to achieve Shitagi’s ambition of revealing to us the exquisite interior world of the ballerina.