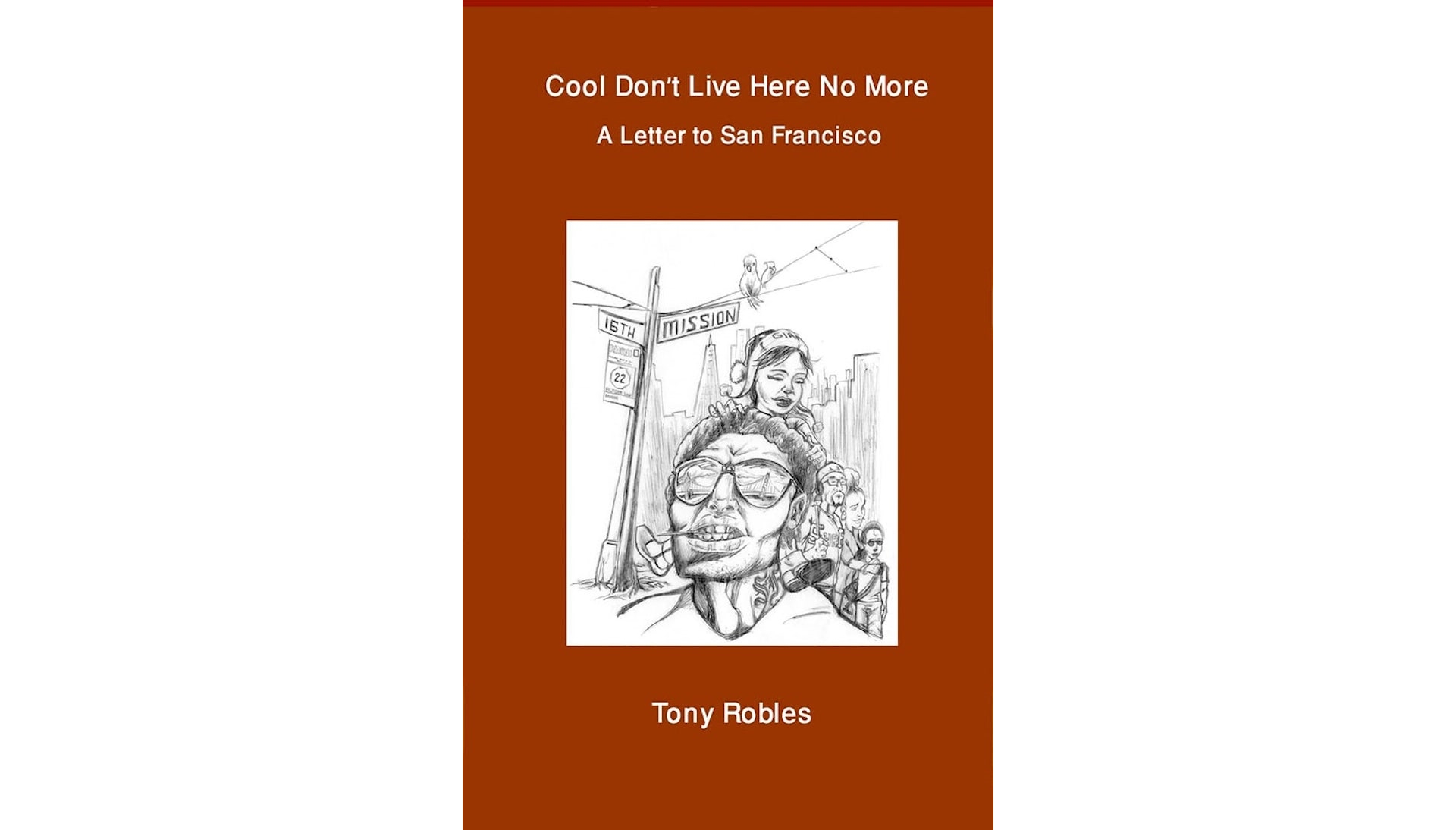 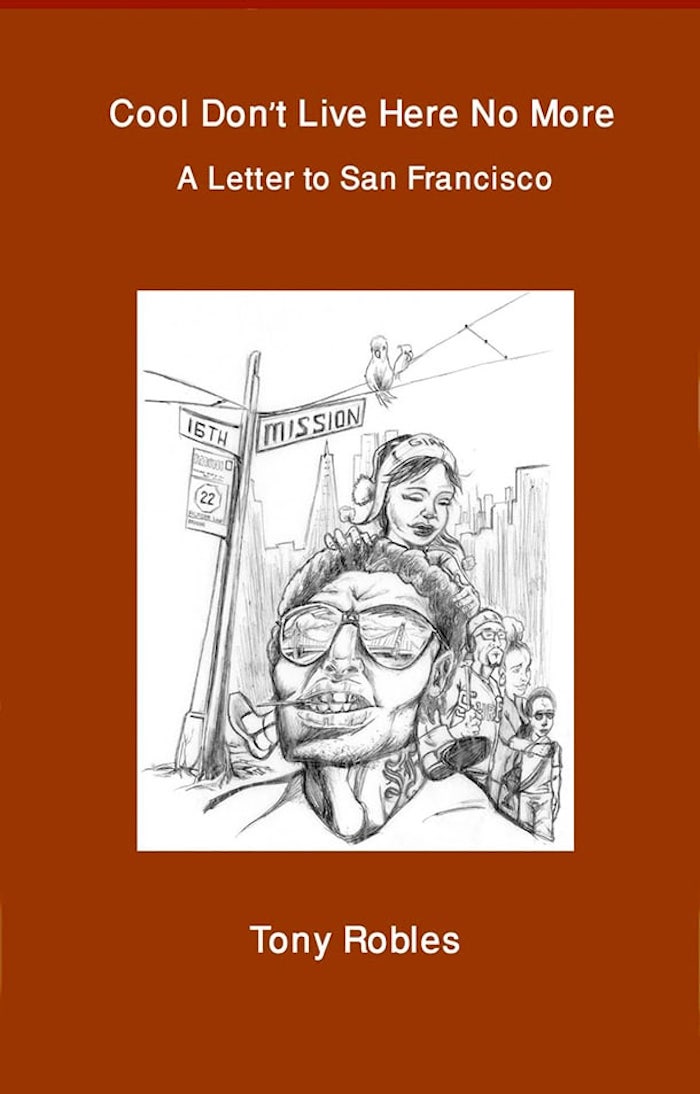 “We interrupt your regularly/Scheduled program to bring/ You the Ellis Act….Mom and Pop are missing.” So begins the first poem in Tony Robles’ collection Cool Don’t Live Here No More: A Letter to San Francisco (Ithuriel’s Spear). Tony Robles—social justice and community activist, anti-eviction advocate, Board President of Manilatown Heritage Foundation—honors the people of his community with his accessible, witty and incisive poetry. He isn’t angry-cool that the people have lost their neighborhoods; he’s pissed off. But rather than just an attack on urban development, gentrification and the complicit position of city lawmakers who claim to look after its people, the poet’s affection for the city’s marginalized communities results in a collection that is an affirmation of possibilities.

The relationship between the activist poet and the people allows Robles to write down conversations and find the cool of the City. He finds poetry among the sandwich makers in the financial district, in a garbage room, on the bus. We travel with the poet through his neighborhoods, including Chinatown, Fillmore, The Mission.

In the poem “Blood In Blood Out,” he has a conversation with someone he recognizes from junior high. The chubby boy is now a firefighter, and the two men exchange blood pressure readings in their small talk before exchanging email addresses. Then the poet plays around with the word blood:

I was glad I
Hadn’t avoided
Him

Take it easy, blood
He said as he walked
Out the door

He never called me
Blood when we were
Growing up

Robles is a fourth-generation San Franciscan. His father is Filipino American, a Fillmore Flip; his mother is African American and Irish. And while it’s difficult to disregard the fact that Tony Robles is the nephew of the legendary poet Al Robles, he is not his late uncle’s acolyte.

Many years back, Tony would accompany Al to our group readings and get-togethers, taking in our varied voices and styles. The result: Robles creates his own direction, his own narrative, his own commanding stage presence. He’s a natural talker. In the same breath that he delivers homeless statistics and the name of another soon-to-be evicted person, he will breathe you a poem:

I search the streets for a face, a face that knows me, a face that sees me not only in the present but a face with eyes that look into my face and say, with unsaid words: I remember you. Didn’t you go to George Washington High? … It is beautiful to experience the spontaneous beauty of memories that come out of hibernation and see light and breathe; and when you come across someone whose face you know in a city that no longer knows you or acknowledges you, it’s one of those rare moments when life is once again lived.

I search for an un-evicted face, an unbeaten face, a face un-riddled by unsolvable riddles—a face that just is. (“The City of Searching”)

If Cool can’t stay, will Cool be cool somewhere else? The City is in crisis. With its dubious city government, it’s not the flawed-but-progressive city we were once charmed by. Tony Robles is fighting for the people whose voices and hard work made the city cool. Each vanishing neighborhood breathes with his remembrance of a grandmother buying fish, a bus driver, a janitor, a Filipino Cab Calloway. His strength is in his purpose to name the workers of this city and cities to come, and he leans into his purpose with verve. Cool Don’t Live Here No More: A Letter to San Francisco is for street consumption. Here’s to the cool and the street poet. Tony Robles revives San Francisco: his words are its heart.

Shirley Ancheta co-edited the poetry anthology Without Names (Kearny Street Workshop). She is a former resident of San Francisco who now lives and writes in Santa Cruz, California. She is the widow of the poet Jeff Tagami.