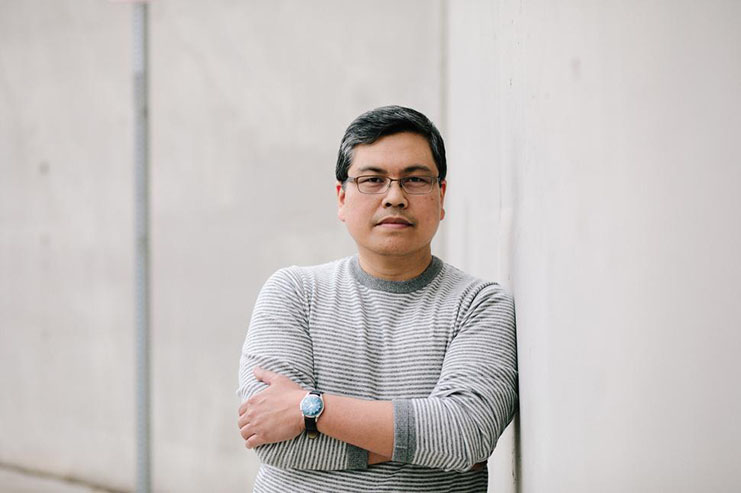 Rick Barot is the award-winning author of several volumes of poetry including Chord, Want and The Darker Fall. His latest book The Galleons is in part about the centuries-long colonial structure that sustained Spanish control over Latin and Central America, the Caribbean, and the Philippines. He teaches at Pacific Lutheran University where he is the director of the low-residency MFA program, The Rainier Writing Workshop. He lives in Tacoma and will be reading from this new collection in Seattle on March 19.
Barot found time to talk to the IE about his new book and what writing means to him.

International Examiner: Would you orient the reader to what inspired you to write The Galleons. These Spanish vessels sailed the trade route between the Philippines and Mexico between 1564 and 1815. Filipino manned them under Spanish command. Your poetry isn’t a simple history but journey over decades, an immigration of people and the transmission of culture. 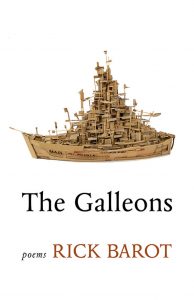 Rick Barot: At the heart of The Galleons is Maria, my maternal grandmother, who died in 2016 at 92 years old. In the late 1940s, with my grandfather and my toddler mother, she crossed the Pacific on a ship, from the Philippines to the United States. The image of her on that ship led me to think about the individual and the larger forces that surround each individual. Thinking about my grandmother’s crossing eventually led me to think about the Spanish galleons that also crossed the Pacific for hundreds of years. The Philippines was a colony of Spain for over 300 years, and this complicated my thinking even further. And so The Galleons is my way of trying to figure out how the personal is situated in the historical—how the intimate scale of one person’s life looks next to things of vast scale, like colonialism, capitalism, and time itself.

IE: The galleons constructed in Cavite carried all sorts of valuable goods. Your work like those vessels is laden with many rich treasures. Each poem transports us across oceans of life. Initially, we experience a California casino with an older tia or auntie playing the slots. Later, we find ourselves strolling Madrid boulevards or exploring a bejeweled Jesuit church in Bohol. Would you describe these as points of place, time and people connecting humanity and addressing these themes?

RB: In addition to wondering about how my grandmother’s life related to larger things like history, I was also fascinated by the ways that disparate bits of reality might relate to each other in the world. When Louis Vuitton, the luxury brand, produced a punching bag you could buy for $175,000, was this somehow related to the Palestinian girl walking to school? And the Palestinian girl, how was she related to the little girls in my Tacoma neighborhood who carried pink camouflage backpacks on their way to school? The poems in The Galleons don’t necessarily have answers for those questions, but they highlight the tensions among the things I’ve mentioned. They’re all connected somehow, and not in comfortable ways.

IE: There were several favorites among the poems. “Galleons 5” jumped out as two braided together much as Manila rope made from abaca. Strong and resistant to salt water, these would have been used for the ships lines and hawsers. The lines of the poem wove together Calmemories of family. What would you like the reader to take away from your poetry?

RB: I’d like the readers of my poems to experience the same things that I experience when I read poems that have a powerful impact on me. First: I want the reader to have a renewed way of seeing the things around them. The things of the world – its objects, its people, its ideas – have a clarity and vividness after I’ve read a terrific poem. And I’d love my poems to have that same effect. Second: I want the reader to feel a sense of deep quiet in the time they’re reading my poems. A poem is an occasion for pause, for a pocket of timelessness. Given how distracted and speeded-up our days are these days, any occasion for that timelessness is a good thing.

IE: “Still Life with Helicopters”, another I enjoyed, beautifully transitioned from “children in China playing with bamboo toys …spiraling in the air” and da Vinci’s drawings to the development and use of helicopter in present times. The poem appears to examine the application of technology and its impacts we struggle with in our daily lives.

RB: “Still Life with Helicopters” is, for me, about the killing of Michael Brown by police officer Darren Wilson in Ferguson, Missouri in 2014.

In late November of that year, when the grand jury decided not to indict Wilson, there were many protests, including ones in Oakland, where I was at home for Thanksgiving. My parents’ house is near the 580 Freeway in Oakland, and the protesters swarmed and blocked that freeway on at least one occasion. When that happened, you could hear the police and news helicopters overhead, surveying the protests.

I wanted a new way of thinking about this harsh national moment, and this somehow led me to thinking about helicopters as a technology of surveillance. Doing the online research resulted in finding out a lot of fascinating history about the helicopter, one that encompassed a children’s toy in China, Leonardo da Vinci, inventors in Europe, arms manufacturers, and so on. Like I said above, everything is connected.

IE: It’s been a pleasure following your career. We were fortunate to meet when you read for Kultura Arts during the 2006 Pagdiriwang Festival. Since then, you’ve composed several poetry collections, receiving several awards. What advice would you give prospective poets who would follow in your footsteps?

RB: Two pieces of advice. The first: read widely and deeply in poetry. Don’t just read poets who are immediately contemporary. When you encounter a poet whose work you love, find out who influenced that poet, and then read those poets. No poet works in isolation. Every poet is part of a lineage, whether witting or unwitting. As a young poet, I read shelf after shelf of the 800 section of the main branch of the Oakland Public Library. I would encourage a young poet to do something like that. That is, to read as much of everything as she or he can, knowing there’s a lot to learn, even from poets that she or he doesn’t prefer or especially like.

The second piece of advice is this: cultivate a reason for writing poetry that has nothing to do with having readers or being published or having a professional profile as a poet. For me, writing poetry is a way of having a deep account of myself. If your poetry begins and ends there – far away from other people’s approval of what you’re doing – you’re in a good place as a poet.