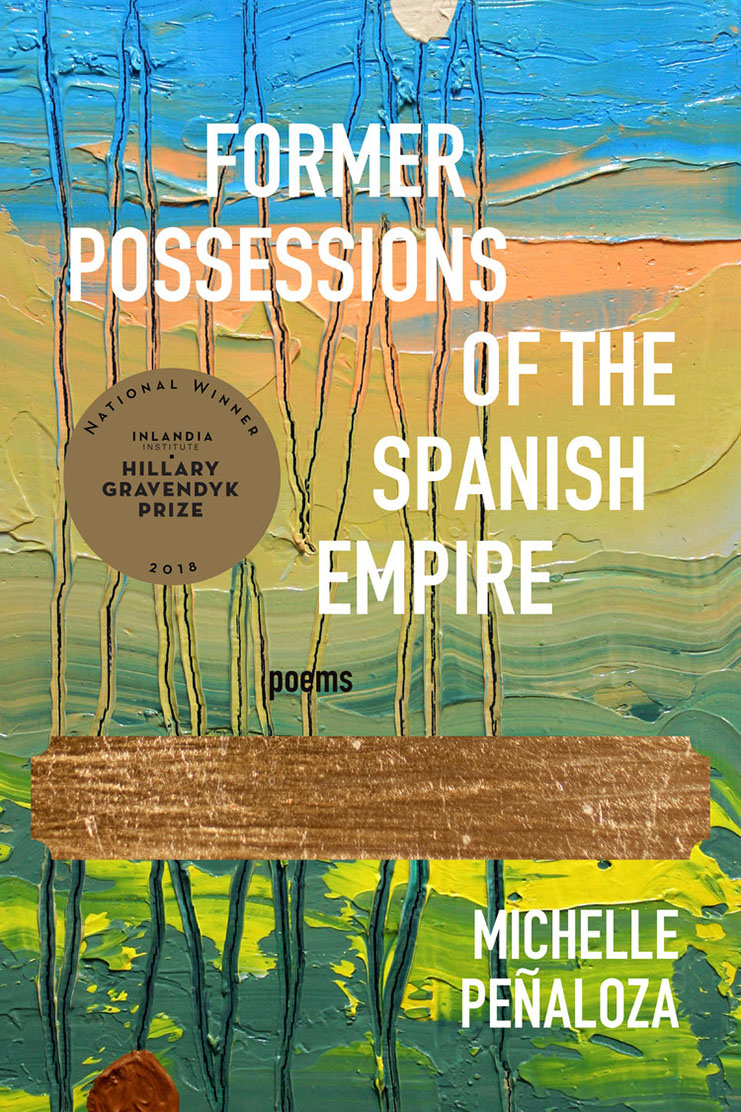 Poet Michelle Peñaloza launches her new collection Former Possessions of the Spanish Empire with three Seattle-based events. The following are dates and locations for the events, listed at the end of this article. The IE writer Robert Francis Flor caught up with her prior to her Seattle visit to talk about her latest work.

Robert Francis Flor for the IE: Former Possessions of the Spanish Empire engages with Filipino culture and social norms. You were born, raised and educated in the United States. How did you try to bridge the distance between American-born Filipinos and Filipinos born in the Philippines?

Michelle Penazola: I think that to be Filipinx American – or really to be any child of immigrants – is to always be bridging distances between the homeland that is your parents’ and not yours, but also yours; between the homeland that is yours and not your parents’, but is also theirs. It is the lifelong work of negotiation and renegotiation, filled with shame and joy and pride and questioning and claiming.

It does always strike me how I can be nostalgic, long for a homeland that I’ve only set foot in twice in my life. Maybe it’s not so much “distance” between American-born Filipinos and Filipinos born in the Philippines, so much as a wide spectrum of collective histories. Like a river that flows in the same direction, that we enter at various points—it is, sometimes very, different parts of the same water. 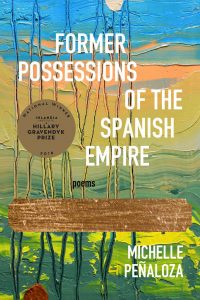 In writing Former Possessions of the Spanish Empire, I hoped to engage with those seeming contradictions and reimagine what histories, what ways of being and naming, were/are possible. I hoped to work with what I am unable to access, even as I tried to do just that—recover and, ultimately, possess, if you will, my own naming, my own history.

IE: One aspect of “possessions” work seems to be an exploration of generations. Your poem, “Thread Rite,” is a beautiful example of this weaving. Could you talk about the importance of previous generations in your life?

MP: My life, my being a writer, this book – none of it would be possible if not for the people, especially the women, I have come from. I often wonder if my Lola could have imagined my life – one of her apo, an artist? Writing, reflecting on and (re)imagining her? How unpractical! How privileged and lofty! I think, too, in relation intergenerational trauma. How my family might be horrified by that phrasing, “intergenerational trauma,” but how I think there are two sides to that inheritance: there is what is unresolved, forbidden or shameful to speak of and there is also what we have done to survive, how fought to thrive and make our own joy – both sides are reflected in so many patterns within our familial and intimate relationships, both are the story of who we are.

IE: The book interrogates colonialism and exploitation. Your poem “Magsaysay Drive Olongapo City: Na Wala sa Pagsasalin,” confronts the history of forced prostitution in the Philippines as a result of U.S. imperialism. Other poems confront intimate exploitation and abuse from an individual woman’s perspective, while a poem like “When Will We Ache Less” appears to be the shedding of a personal colonialism. Can you speak to this?

MP: Thank you for making these connections. I like that you read “When Will We Ache Less” as a shedding of personal colonialism – I agree! I think in that poem I was trying to confront assimilation as a way to power.

More generally, I think the reverberations of imperialism and colonialism directly intersect with intimate forms of oppression. The book, I hope interrogates the way relationships to nationhood and identity reflect the violence and complexity of our individual interactions. The sexual exploitation inherent in the historical practices of U.S. imperialism in the Philippines (and elsewhere), consciously and unconsciously, inform the perceptions and treatment of individual people.

The sex industry during the heyday of those bases, and the furthering of abject poverty after those bases closed – that history relates to the gross guy who wants to regale you with stories of his “time in the islands” and extoll his “love of your people.” The conquering and the cataloging of (a) people as objects happens on a macro and micro level. These dynamics of power – ownership, conquest – are a part of imperialism as well as domestic violence, rape, and other forms of sexual exploitation. I think, for me, in confronting them as two sides of the same coin, it was a way to make these experiences bigger, make them belong to more than one individual – this violence and exploitation is historical and systemic. This is perpetrated. This is not earned.

IE: The Q&A poems in the book are a unique form, with striking replies to seemingly innocuous questions. How did you imagine these Q&A poems and their construction?

MP: Y’know, these really began with my anger and annoyance when I’ve been asked “Where are you from?” and people have been unsatisfied with my answer of “Nashville.” I often think of the perfect retort two weeks after it’s needed, so, through that first Q&A poem, I found a cathartic (and I think creative!) way to answer. From there, this form became a rich container to explore questions I had a hard time asking myself, questions I always wanted an answer to. It was also a fun way to sink into different voices, to ask and answer in different tones.

IE: Tell us about your journey to become a poet. What prompted your interest in writing and how did you decide on your path?

MP: I was once in a workshop with Natasha Trethewey and she began by asking us: “What hurt you into poetry?” An intense way to begin! But it resonated with me.
I was and have always been a reader, but writing became a way to make sense of things, to reimagine and recreate, to sing after my father died when I was a teenager. His death and the grief that swallowed my mother and I – are what hurt me into poetry. And from there I was a notebook poet – I didn’t really share my work, didn’t really know I could until I read the work of Li-Young Lee, Marilyn Chin, Garrett Hongo. They were the first living Asian-American poets I ever read – not in middle school, nor high school, but well into college; this was before Kundiman, before the Asian American Writer’s Workshop, and before I ever imagined myself any kind of writer outside of my notebook.

Here I was, the lone Asian American in all my English classes, reading their books and flipping to their author photospoem, photo, poem, photo. Their poems and their faces invited me into a conversation I didn’t know could include us. Their existence fueled my own insistence: I could, I would, write poems, too. I don’t know that I “decided” one day – I think becoming a poet happened quickly, then slowly and since then has been a recommitment every time I sit (haha, or don’t!) down to write.

You can catch Michelle Penaloza in Seattle August 10-12 at the following locations:

All events are free of charge and made possible through the community spirit and generosity of Pinoy Brown Box, Kultura Arts, Filipino American National Historical Society (FANHS), and Poets & Writers. Additonal information may be found at:  http://www.michellepenaloza.com/formerpossessions.