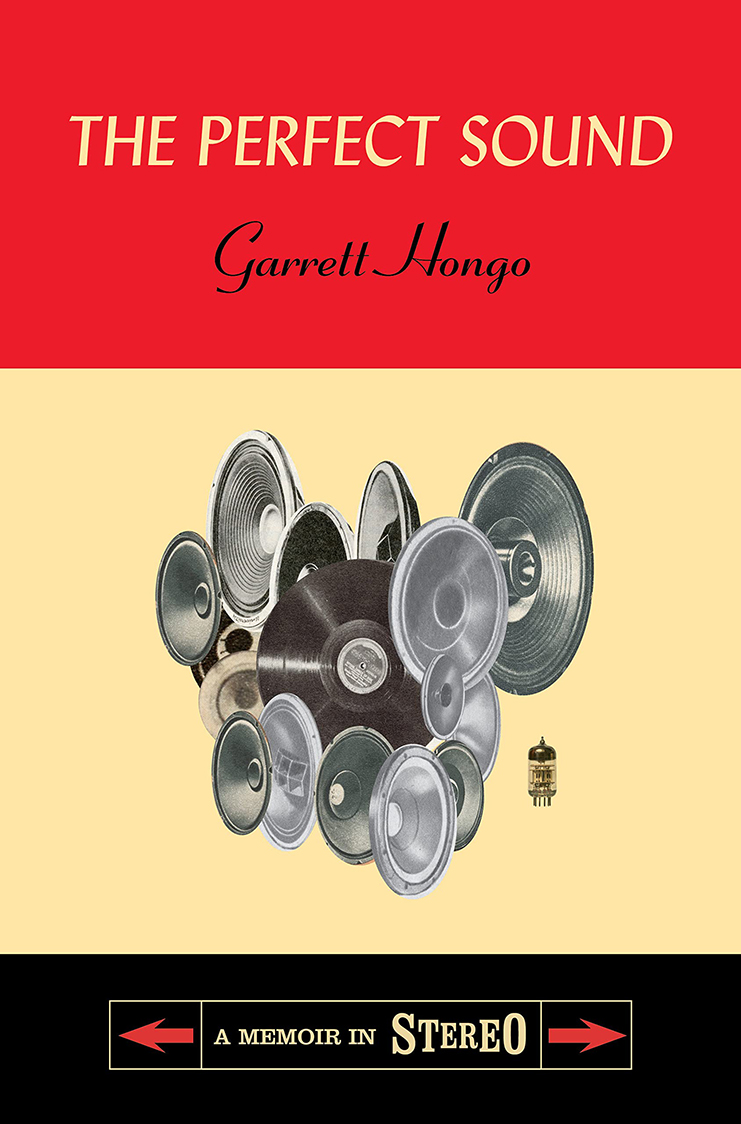 Music has its own ideas about time. When ’90s hip hop had its Super Bowl moment, and everyone my age was losing it on social media, I found myself remembering my Nisei grandmother, still singing 1930s swing tunes years after dementia had blurred all our faces.

Garrett Hongo has his own ideas about time, and music, too. An accomplished poet since the 1970s, he’s published numerous poetry collections, essays, and anthologies, and taught many successful writers—all while traveling to the dictates of his own rhythms, sometimes to great consternation.

His latest book, The Perfect Sound, billed as “A Memoir in Stereo,” has a characteristic timelessness and dazzlingly encyclopedic sweep, with the relaxed expansiveness you might expect from an obsessive with a tenured professorship. I couldn’t figure out how to describe the book, so I asked Hongo how he’d put it.

“When I pitched it to my agent, I said it was about becoming fascinated with audio systems in order to produce something that I could play opera on,” he explained, after a lifechanging concert at Italy’s legendary La Scala. As he began his initiation into the mysteries of high-end audio, he found the music brought back memories from every period of his life, an experience that gave form to the book.

“It’s about becoming lost in remembrance,” he said. His quest for the proper equipment was about how he wanted to hear the music: “Not as background, and not even as a transitory portal, but a kind of portal that you can dwell within, in order to invite all the rest of the memories to come.”

These days, most people use music as background, or to help get from place to place. “What I wanted to do was to dwell within the music, and then allow these other things to sort of come into the music with me,” he explained.

As a poet, Hongo was reminded of how people reduce language to a mere tool for transmitting content, living life from one bullet-point to the next. “I want to get away from the idea of music as access. It’s a place where you can invite all these other things,” he said. “It’s like a picnic blanket, in a way.”

A picnic with Hongo must be quite a spread. In conversation, he jumps from Coltrane and Mingus, to Heifetz and Piatigorsky playing Beethoven and Mendelssohn, to Puccini operas, Japanese enka and minyō and ryūkōka, and horehorebushi, sugarcane work songs from Japanese immigrants in Hawai‘i.

“I was able to write about almost any moment of my life, and have the music invoke it,” he said—the “faux folk music” of his teen years, or doo-wop groups like The Penguins, The Mello-Kings, and The Five Satins, or the Joni Mitchell album that evokes a first love.

His literary remembrances are intertwined with musical ones: getting to know the poets Robert Hayden and Etheridge Knight, or talking blues with the musician Keb’ Mo’, or taking Asian American studies classes by mail from the scholar Franklin Odo, who produced the first “Buddha Bandits” concert at Long Beach State—a program of poetry and music with Hongo, Lawson Inada, and the IE’s own Alan Lau.

He recalls his time in the Asian American theater, in Seattle as well as California, hanging with folks from East West Players, or writers like Momoko Iko and Wakako Yamauchi, to whom he became a kind of “deshi,” or disciple. This led him to a “weird” Hollywood scene of after-rehearsal parties, where legendary Asian American performers like Jack Soo and Pat Morita and Pat Suzuki could finally let their star power shine.

“The amazing artistry of these people,” Hongo mused, “What a raconteur Jack Soo was. These are all elders, and you don’t see that in our culture. They’re not seen. They were made to play a sort of caricature on screen.” Describing Suzuki’s singing, Hongo’s voice slipped from the eloquence of an acclaimed poet to the stammerings of a fan. “Shit… Suzuki could fucking sing,” he said. “I mean, kill you, you know? It wasn’t just that she was a singer, but it was like a whole universe of how she occupied the song.”

This consideration for the elders—he cites the Hawaiian term, kupuna—has been a fascination for Hongo since childhood, responding to the silencing and demeaning of Japanese Americans in U.S. culture. “I wanted to bring them into the culture with honor,” he said.

“Shōkei,” a term that appears late in the book, refers to this idea: “To receive the honor of your line.” Whether he’s writing about caneworkers, or mentors like Yamauchi, or his own father, Hongo explained, “I do it with an outsize honor and love, because I don’t see much of that being enacted—not faithfully, not without embarrassment.”

Memories of his father secure the emotional architecture of the book. Early on, just when his detailed account of constructing his first audio system might be causing less technophilic readers to squirm in their seats—vintage vacuum tubes are, let’s face it, a little niche—Hongo drops two heartbreaking revelations.

First, it hits him that, in building a stereo, he’s enacting a memory of his father putting together amplifiers from DIY kits and speakers from discount stores around LA. He’d play music—”Glenn Miller, and Harry James, and Artie Shaw, and sometimes Alfred Apaka and Arthur Lyman, you know, old-time Hawaiian entertainers kind of stuff”—and ask his son to describe the sound.

And then, looking back, Hongo realizes that his father knew his old war injuries were taking away his hearing.

“He was building the system so he could listen to his music for the last time in his life,” Hongo said. “It just killed me that he was doing that, so quietly, so patiently. And here I was, 10, 11, 12 years old, telling him in Hawaiian Pidgin what the system sounded like, and how his little changes, when he’d change tubes or replace a resistor or capacitor, affected the sound.”

“It just slayed me that he did that,” he added. “It seemed such a profound and gentle thing to do with himself, as he was losing his hearing.”

The story reflects the commitment that Hongo tries to bring to writing, no matter the genre. “What’s important is that I try to bring honor to those practices, and that’s the really the most important thing,” he told me. “You know, ‘Am I honoring somebody? Am I bringing remembrance to the world?’ That’s really what I care about. I can’t say it any other way.”

Garrett Hongo will appear in conversation with Frank Abe in an online event for Elliott Bay Book Company this Monday, February 21, at 6:00 pm. More info: https://www.elliottbaybook.com/event/garrett-hongo-frank-abe