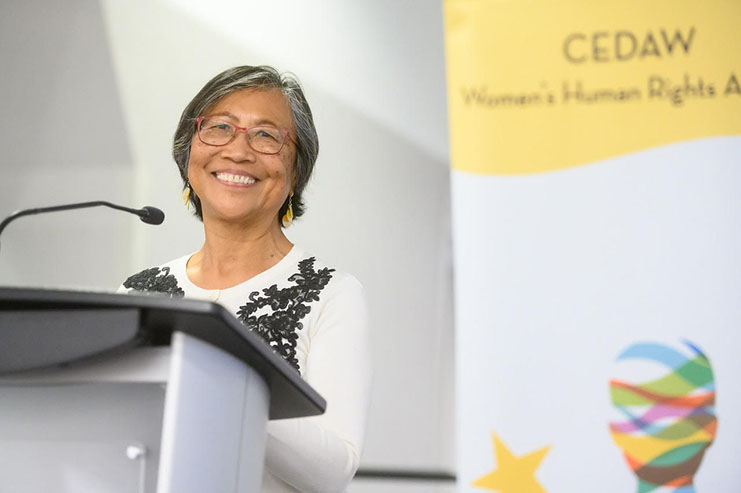 Imagine you’re barely in your twenties, and you and your friends have already made history. What would you do for a second act?

In 1968, Juanita Tamayo Lott was an undergrad at San Francisco State, when a coalition of students of color – the Third World Liberation Front – organized a campus strike that helped establish the field of ethnic studies. On March 18th at Third Place Books, Tamayo Lott will read from Golden Children, her memoir of the strike and its legacy.

A poet as well as an activist, Tamayo Lott helped found SF State’s landmark College of Ethnic Studies, before moving on to a long career in Washington, DC. As a federal statistician, she played key roles on every decennial census from 1980 to 2010.

If you regularly spend time in AAPI community spaces or social media, you’ve been hearing a low buzz about the census for some time. AAPI communities need to be counted properly, because not everybody wants us to be.

The census is a political issue – got it. But who knew former student activists worked for decades to make a better census possible? “What I did,” Tamayo Lott said, “is that I took ethnic studies to DC, and institutionalized it in the federal statistical system.”

The story of POC organizing in the federal government in the 1970s is not well known, even among ethnic-studies scholars like myself. Turns out, there’s a lot we don’t know.
After a 2016 screening of one acclaimed documentary on ethnic studies’ origins, poet Genny Lim asked Tamayo Lott about the inattention to Asian Americans, Latinx and Native peoples, and women. “Nobody’s heard it from a woman’s point of view. A woman who was there, a woman who was part of the leadership,” she told me. “The guys always took the microphone. But when it came to the actual work, the nitty gritty – setting the meetings, putting the minutes together, going out and getting the community organized, doing the bail bonds – that was the women. Like it is in any organization!”

She figured she might as well write the book, too. But her memoir is unusual. Like the autobiographies of the great black intellectual W.E.B. Du Bois, it’s analytical, using her experiences to illuminate social dynamics. And like America Is in the Heart, Carlos Bulosan’s beloved “personal history” of 1930s Filipino migrant labor, it has a collective protagonist. Golden Children is the memoir of a movement.

The title refers to the students – “golden” referencing both the strike’s 50th anniversary, and an old umbrella term for POC. The “Golden Children” grew up together in segregated, working-class neighborhoods, went to the same schools, and maintained strong community ties while in college. So when they rose up, the community rose up too.

“Our parents walked the line,” she said. Their churches and neighborhoods backed them, and supportive letters came from around the world. In the local archdiocese archives, she learned how an interfaith council of religious leaders mediated with the Catholic mayor, Joseph Alioto, to protect students. That was a concern of the adults, she explained: “‘Those are our children, don’t beat them up!’”

Movement histories often leave out interfaith leaders, and churches, like Glide Memorial in San Francisco, and Blaine in Seattle, but religion is an important theme of her book. “Maybe it’s not always organized religion, but you have to have a moral center,” she said. “I think that’s what movements are all about. You have to be willing to sacrifice.”

They also often miss the roots of today’s ethnic studies activism in K12 education, despite the efforts of SF State activists, like Laureen Chew and Irene Dea Collier, over decades.

History is shaped by the vantage of the teller, so accounts of ethnic studies often focus on elite universities. The emergence of “celebrity ethnic studies” professors bemuses Tamayo Lott. “That’s not what ethnic studies is,” she said. “You have to serve the community first. Because as an individual, you might be the peacock today, but you’ll be the feather duster tomorrow.”

What’s her message for folks in university ethnic studies programs? “That people who dare to struggle can win!” she said. In the strike, faculty support was crucial, but few professors today remember James Hirabayashi, the founding dean of ethnic studies at SF State, who grew up near Auburn with his brother Gordon, known for fighting Japanese American incarceration up to the Supreme Court.

Tamayo Lott helped fund a scholarship in Hirabayashi’s name at SF State – which inducted her into its Alumni Hall of Fame in 2019 – and recently established an endowment at the University of Maryland’s Asian American studies program.

After she retired, her husband died, and she moved back to San Francisco. But eventually she wearied of the changes to her hometown, and moved to Seattle in June, to be near her son, David.

Actually, she nearly became a Seattleite much earlier. After grad school at the University of Chicago, she moved here in 1972 for a job with the Demonstration Project for Asian Americans, only to discover that the position’s funding had been abruptly cut. Nonetheless, she maintained a “love affair” with the city, inspired by local fixtures like Bob Santos, Fred and Dorothy Cordova, Ron Chew and Mich Matsudaira.

Poetry has always been a part of her life, she said, as it was for her father, but Seattle friends are helping her to rededicate herself – like Bob Flor, and the IE’s Alan Lau, who she says always pushes her to “keep that creative poetry fire in me.”

The idea of a poet-statistician, and a longtime federal employee who peppers her conversation with radical slogans like “serve the people,” may seem surprising. But this is how movements cultivate talent: a need emerges, and someone rises to meet it. When I teach my own students about the origins of ethnic studies, I tell them a growing movement can use poets and musicians and artists, but a movement under attack needs lawyers.

And demographers. If she has one lesson for readers, Tamayo Lott explained, it’s about civic engagement: “Democracy is something that has to be fought for vigilantly.” That’s as true of a student strike as it is of the census, which, she noted, is “a civic right and responsibility for all residents.” Stand up and be counted.