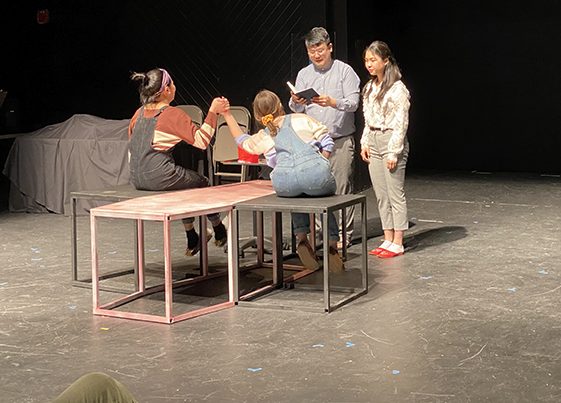 Jar of Fat is about two Korean American sisters who were considered fat in their family. In the twisted fairytale world, people have to be skinny enough to fit in a grave size. The sisters received a lot of pressure to get skinny. And the drama speaks about the interludes that happened about beauty standards and fatphobia.

Yim’s play stood out amongst over 1,500 contestants worldwide. And as the winner, she has been awarded the David Charles Horn Prize of $10,000 and the publication of her manuscript by Yale University.

Yim said she was completely in shock when she got the news. She was encouraged to apply to different prizes as a writer, but says she never expected to actually win a prize.

Yim was raised in Snohomish County and studied at the University of Washington for her bachelor’s degree in drama. Her published plays mostly relate to Asian cultures, including Do It For Umma, Persimmon Nights, Canton Alley and more.

Her inspiration for Jar of Fat was based on her personal experience growing up as a Korean American. She said she believes there is fatphobia across all cultures, but it is more specific amongst Koreans.

“I just remember my whole swaths of my childhood, where relatives would just comment on either if I’ve lost weight, or gained weight, or what I needed to do to get prettier,” Yim said. “I looked for people to talk about it [fatphobia] and challenge it, versus just going, yeah, I am fat and horrible’. Why is being fat bad? Why is being chubby so bad?”

Yim refused to compromise with the beauty standard that many others have struggled with. She continues to promote body positivity throughout the years, including the play itself.

“I’ve actually used Instagram a lot to look up fat activists, and people who work on body positivity, to try to inoculate myself against this messaging that I’ve had. And looking really hard for Asian representation in these spaces,” she said.

Despite the tough times she has been through, she chooses to use comedy as a way to talk about difficult issues. She hopes the play could be a space for people who have similar experiences to laugh and think about it.

“I carry it around with a lot of shame about inhabiting the world and being a larger person. So if anything, just to feel like you could talk about it and release, it is what I would hope,” Yim said.

On the other hand, Yim talked about the limited resources she had for this play. Since it is a student production with the Master of Fine Arts (MFA) program, she only had $200 for everything including sets, costumes and human resources, not to mention she had spent the budget mostly on the coffin.

It was also difficult for her to recruit enough actors for the play because there were only a few Asian actors in the MFA program. She had to ask for extra actors from the bachelor’s program and a master student from the public health program in order to have enough actors to perform in the play.

The play is a success, marking a milestone for her playwright career. While she currently resides in Rhode Island for her MFA program, she said she still considers Seattle as home because this is where she started her career.

“I started off taking classes and doing 10 minute plays, and building slowly over many years. I have such good and wonderful friends there who come to everything,” she said. “So, yeah, that’s why I consider Seattle home.”

Yim’s newest play, Golf Girl, is coming up on April 27 through May 1 at Providence, RI. The story was based on Seri Park, the youngest-ever winner of the U.S. Women’s Open.