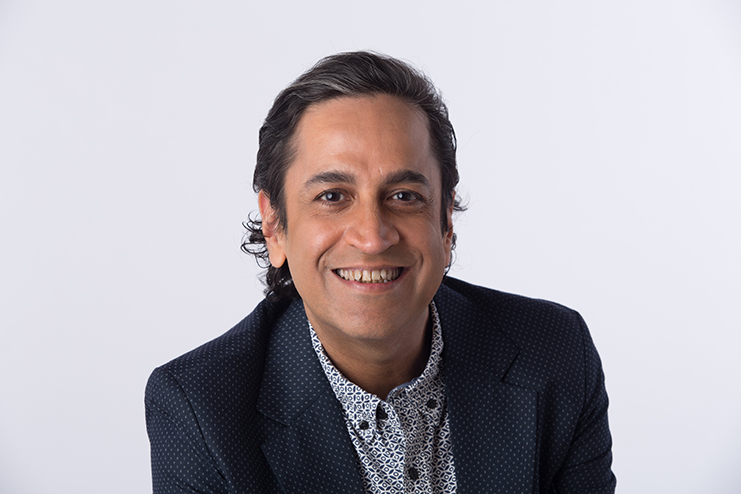 Haresh Sharma has worked full-time as a playwright for The Necessary Stage (TNS) for 32 years, and has written over 120 plays through his methodology of devising drama from a multitude of sources, including actor improvisation, community engagement, and archival research.  Now, he’s sharing his methods in his book Reading the Room: A Playwright’s Devising Journey, which includes production case studies, script drafts, and interviews with TNS actors and staff.

Sharma is based in Singapore and has previously been the focus of TNS’s work, in the 2017 production Being Haresh Sharma, but the book format allows Sharma’s ideas and practices to be shared worldwide. “Singapore is connected to the US, UK, Australia and New Zealand because our main contemporary theatre is in English,” Sharma said.  “Yet, our plays are not readily available in these countries, and hardly ever produced there.”

Singaporean culture, Sharma recognizes, is different from that of Anglo-American cultures.  “Many of our plays are multicultural or even intercultural,” he described. “Perhaps Asia is still seen as ‘exotic’ and the West prefers more traditional artforms where it comes to Asian theatre.”

TNS has attempted to initiate international collaboration with limited success.  “We have performed in New York as part of Singapore-based arts festival and two of my plays have had staged readings there,” Sharma reported. “We don’t have any connections at the moment to the west coast of the United States.”

But he is optimistic that TNS productions would appeal to Americans.  “They deal with universal issues even though they may be set in Singapore,” Sharma said. “Some of our works are also interdisciplinary because we often collaborate with multimedia and sound artists.”

Sharma’s interest in the theatre goes back to his early school days.  “I remember acting in a Malay play when I was ten and being upset when I was teased about it,” he recalled. “In Secondary school, a few friends and I decided to put up a play for a festival.”

But a lack of theatre opportunities meant that Sharma found his way to the theatre through literature. “I also loved writing and always wanted to be a writer,” he remembered. “I figured that I would end up being a journalist, because who would ever dream of being a full-time creative writer, especially in the 1980s in Singapore?”

Unexpectedly, Sharma’s true path was illuminated while he was serving in the army.  “I had an 8am to 5pm posting and was bored after a couple of months,” he said. “I saw an audition notice in the papers and went for it.”

That ambition paid off.  “I got cast in an ensemble,” he said. “Through that production, I got to know people involved in theatre.”

These connections became life-changing.  “After I met Alvin Tan and became part of The Necessary Stage, I started writing plays,” Sharma said. “That was when I knew I wanted to be a full-time playwright and theatre maker.”

Over the past three decades, Sharma has collaborated not only with actors, but also with dramaturgs.  “Each experience I have working with dramaturgs is different,” he said. “For me, the working relationship depends on the nature of the play. Is it interdisciplinary? Is it an international collaboration?”

Sharma doesn’t hold a fixed notion of what a dramaturg is or has to be.  “In one production, a collaboration between artists from Singapore, Malaysia and Japan, the dramaturg was a Japanese arts worker who was very familiar with all three countries,” he said. “He was well placed to guide the process and facilitate the discussions.”

TNS is open to what each dramaturg brings to the collaboration.  “Some dramaturgs conduct workshops with the performers, some prefer to just give script feedback, some are more research-based,” Sharma said. “Regardless of their individual styles, they all provide an important sounding board and refreshing point of view.”

In his work, Sharma aims for diversity and broad reach.  “I’ve written exploratory plays for festivals, youth-based plays in schools, and forum theatre plays for community audiences,” he said. “Theatre is a form which can encompass and embrace other disciplines like dance, film, and music.”

Sharma’s book Reading the Room is intended to spread the word about the value of theatre and performance, and how it can reflects the concerns of the community.  “These performative explorations can create real and visceral experiences in the theatre,” he said. “The biggest challenges have been to get more funding for programs and to get more recognition for the arts and artists in Singapore.”

The arts, according to Sharma, are still seen as inferior to science and technology. “I feel there’s a need to be more inclusive and have more accessibility in the theatre industry,” he said. “But the landscape has changed drastically over the past thirty years and is going in the right direction.”