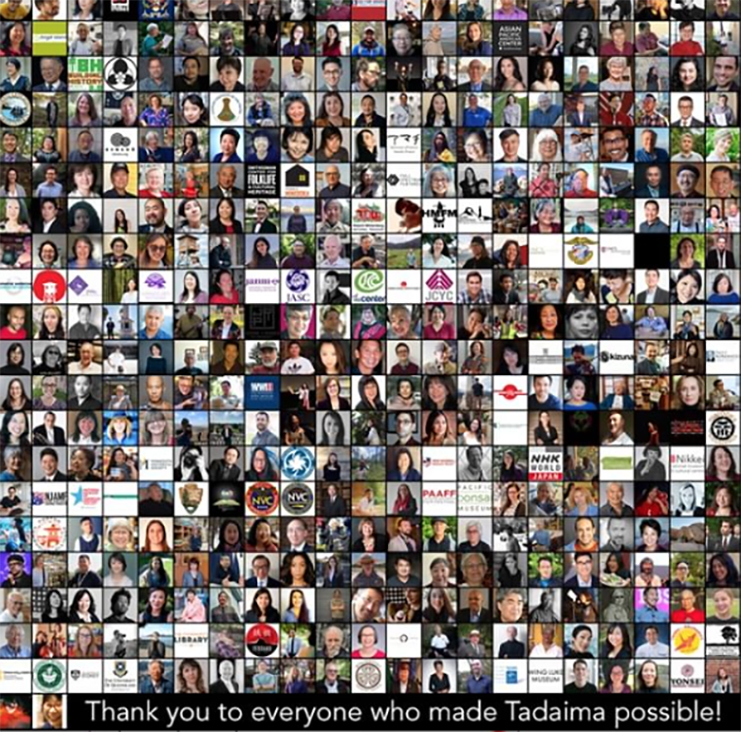 In 1942, Roosevelt’s Executive Order 9066 forced Japanese Americans into incarceration camps for three years under the pretense of national security. Nearly 80 years later, the internees and their descendents ensure this racist and unjust act will not be forgotten through pilgrimages to the relocation centers. These annual summer pilgrimages were canceled because of COVID-19, however the Japanese American Memorial Pilgrimages (JAMP) team had an idea: a community virtual pilgrimage.

JAMP began in 2016 when Marrissa Fujimoto and Kimiko Marr, two filmmakers, met at the Minidoka pilgrimage. They agreed to travel to different pilgrimages and assembly sites to document stories of those incarcerated. When the 2020 pilgrimages were canceled, they decided to create Tadaima!, a nine-week virtual pilgrimage that would encompass all the pilgrimage sites and invite many experts, from museum curators to musicians, to share their work regarding Japanese American incarceration and history.

“We’re hoping that the virtual pilgrimage has allowed many more people to be able to experience the education, self exploration and community that happens at the physical pilgrimages,” Marr said. “We have gotten many lovely notes from participants who used it as an opportunity to start a dialogue with their family, and that is amazing!”

Tadaima!, led by its co-chairs Hanako Wakatsuki and Kimiko Mar, led its participants through stages of history around the Japanese American Incarceration, starting with the immigration of Japanese people through the end of the war. Throughout each week, virtual talks, interactive panels, and pre recorded content provided the viewers with in-depth dives into the experience of incarceration.

“We want this to be a place for the community to still gather and form even though we’re all separate right now,” Aoyama said. “For me, that was the goal: being able to explore all the different ways people across the Nikkei community engage with this history and with each other.”

Among documentary viewings, live streamed interviews, and “elder’s sessions” where incarcerees share their stories, Aoyama enjoyed the weekend block parties the best. The block parties were events for artists and others involved in the pilgrimage to share their music, poetry, and art with others through a streamed video on YouTube. Kishi Bashi, a well-known singer and songwriter, participated in one of the block parties and performed songs relating to the Japanese American experience.

“At least for me, as a Yonsei (fourth generation), I didn’t learn about this history growing up, and then suddenly in 2016 you’re hearing all these things that sound eerily familiar,” Aoyama said. “I think anyway you’re studying Japanese American incarceration you should be thinking about the present.”