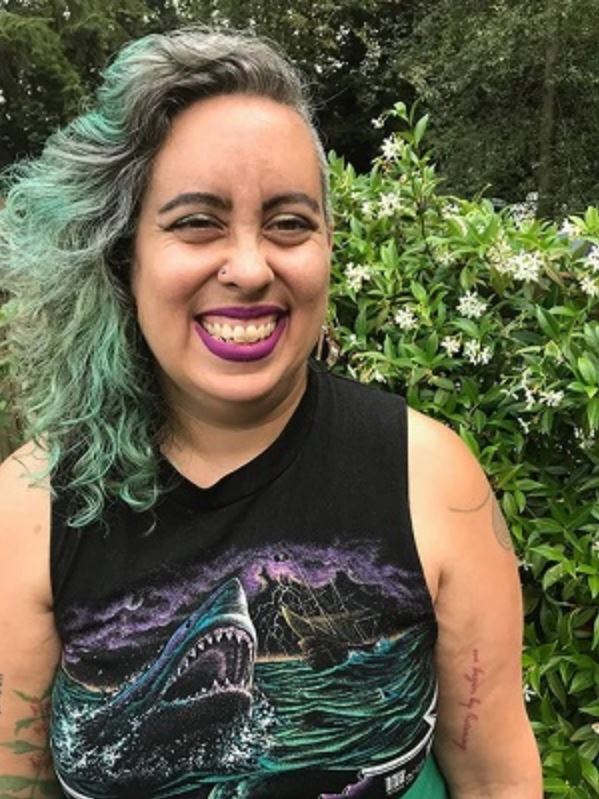 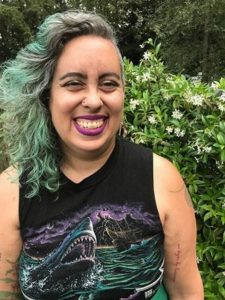 Riotously tragic, artistically transparent, and just real, Leah Lakshmi Piepzna-Samarasinha’s new book, “The Future is Disabled” foreshadows the realities of our world by holding up a rigged piece of glass reflecting a glimpse of the past; a past long overlooked and abandoned for dead. Piepzna-Samarasinha articulates in writing what I can only describe as a sort of crip scrapbook/diary/spell book of do’s and don’ts, directions, and inherited discoveries that not only serve as recipes for those still with us, in the midst of actively and passively fighting with and for disability justice, but also juxtaposes soft-spoken memoirs for individuals, places, entire communities, and even ideas and thoughts which have truly paved the way before us and primed what disability justice has come to what we know it as, today.

Piepzna-Samarasinha discusses the aspects of interdependence in relevance to boundary setting, contrasting impacts of disabled versus abled mutual aid, maintaining autonomous crip creativity in performance and arts, as well as redefining houses and homes during constant states of high alert when survivorship is prioritized and recognized by most, now more than ever. She undoubtedly solidifies her place as a revolutionary thinker in the disability justice movement, especially in tangent with the intersectionality of what it means to be nonbinary, not only in relevance to gender and sexuality but in terms of a future of seen and valued spectrum-ism within all identities and regards.

“The Future is Disabled” is a masterpiece of collective masterpieces that Piepzna-Samarasinha depicts to her readers in such a way that we can’t help but cry, laugh, and often resonate with the very memories and stories that they share. Their words are so powerful that as someone who has never had the pleasure of meeting them, it felt like I was sitting over a big crock of homemade chicken noodle soup, glasses fogging over, as a cool breeze flows through a cracked window, while we reminisce non-memories, shared with not only Piepzna-Samarasinha herself, but with the ancestors of the very movements we continue to try to model after as well – with those that lived and learned and learned and shared so that we could one day do the very same.

When I was 18 years old, I spoke freely of the biggest secret I had ever kept. It was both the most liberated and yet the most boulder-in-my-throat feeling I have ever felt in my life. Not even a month into my first quarter of college, I had opened a can of worms that is the childhood trauma I had suppressed for years. Through coping mechanisms of being a headspace-inhabiting, self-proclaimed playwright – casting none other than yours truly – marinating in the pain of it all was fairly easy. After all was said and done, amongst the plethora of resources I was given, reaching out to Disability Resources for Students (DRS) was one of them. But honestly, fresh out of a predominantly white, semi-privileged high school in Tacoma, shaped by an immigrant household of a single mother and kid sister whose primary focus was a means of financial survival, the stigmatization of what it meant to be disabled was extremely prevalent. Even then, with the pridefulness I possessed at the time in avoiding any help I had deemed unnecessary, DRS wasn’t even an option.

Fast forward six months, five failed classes, two urgent care visits, and one globally impacted pandemic later, I left college with what little of myself had remained. I barricaded myself in my room at home where it seemed like things weren’t even the slightest better than the outside world and had checked out of school and my social life all in one fell swoop. I had befriended all five of my second-hand gaming consoles, a nicotine addiction through my dying, pack-a-day grandpa, and the damaged, spring-filled, faux brown leather futon my mom had thrifted from off 72nd. That was all I needed.

But that was two years ago, and when I was presented with the opportunity to review this book earlier this year, I was completing my first ever fully traditional, undergraduate academic year at UW since I had taken a hardship withdrawal due to all the healing, I just simply needed the time and space for… All while trying to survive the world burning in a hellfire due to the pandemic, being an immunocompromised, anxiety-ridden, Pinay, immigrant femme of Southeast Asian descent.

Since my return to my educational pathway and a couple of transformative years of growth and healing, I thrived in the power of resourcing and taking advantage of what’s out there for me, including the DRS accommodations I once had shied away from but so heavily rely on today; as a lower-class immigrant, as a SA survivor, as a queer-identifying woman, as whatever I knew I identified comfortably with, which to others screamed a lack of privilege and power – 100% true – but for me, simply meant the life I was given.

For me, the message that Piepzna-Samarasinha shares in their book, amongst many, is the power of creating and more importantly the power of reassurance, solidarity, and sharing. Whether it be creating more accessible methods of societal interaction, learning, art or sharing forms of more inclusive activist engagement; whether it be sharing how we have survived thus far, considering the overlooked yet ever-prevalent presence of an ongoing, disabling pandemic; whether it is sharing a story like mine, or sharing love notes of validity as Piepzna-Samarasinha has so unapologetically delivered, the future for many may not be promised, but what will remain are these words – what will remain are our stories.

As dystopian as it may seem off the rip of the tongue, Piepzna-Samarasinha ushers readers to recognize that the following question is nothing more than rhetorical – for this is something that us in the crip community have lived and breathed and survived and died for, for years on end: What if the future is disabled?

It is. It has been. And it forever will be.