On March 8, community members and families from all over Seattle took to the streets for International Women’s Day, a global day of action that brings visibility to women’s work within the home, the streets, unions, and schools by celebrating their resilience with music and art. A march and rally started on S. Jackson Street and ended with a rally at Hing Hay Park in the International District. The march, labeled a “musical brigade,” was filled with noisemakers, musical instruments, shakers, and loud voices.

The musical brigade, co-led by [email protected] sa Seattle and Green Bodies, was described as a vision to bring people to create a new culture of protest based on the resilience of communities of color. Event organizers called on the community to “gather around women-identified people and genderqueer people and center the celebration of what bodies have to endure within the material world and the oppressions they experience due to gender roles, expression, and identity.” 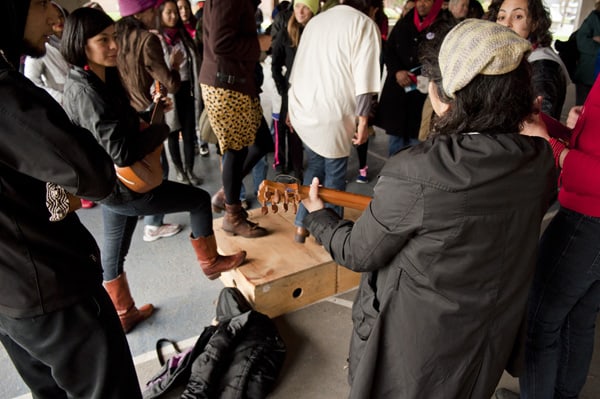 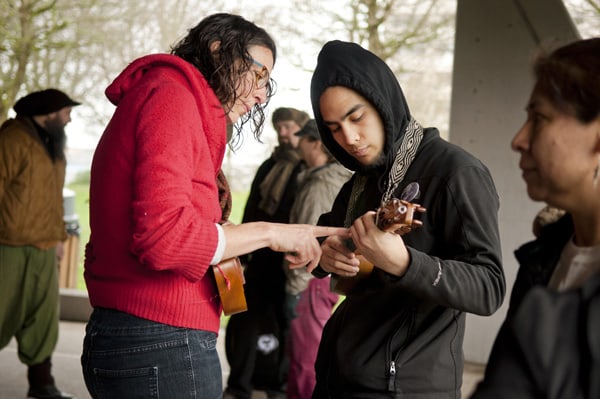 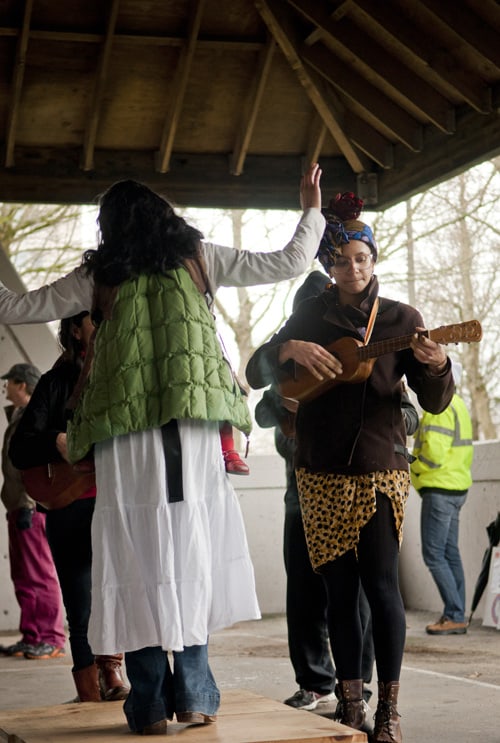 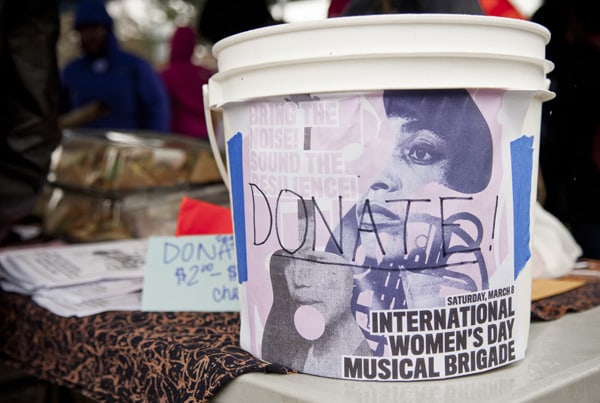 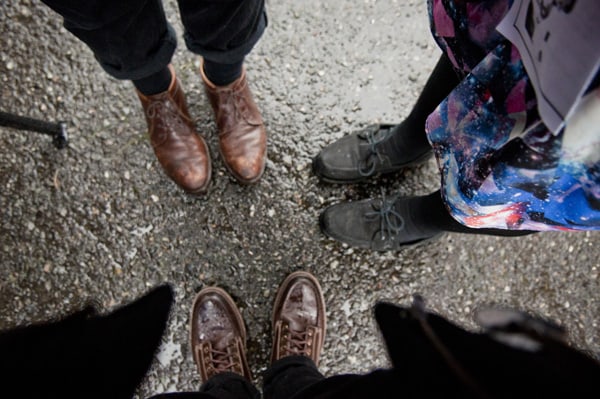 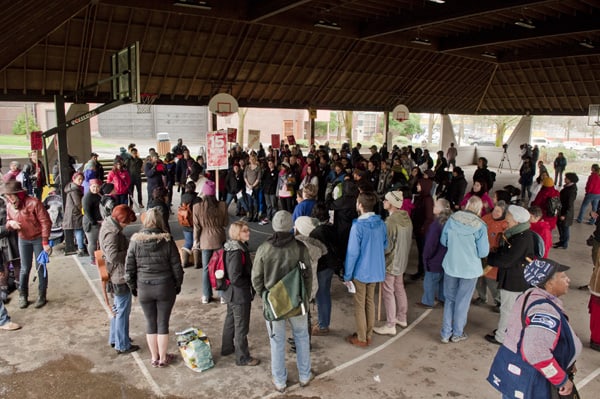 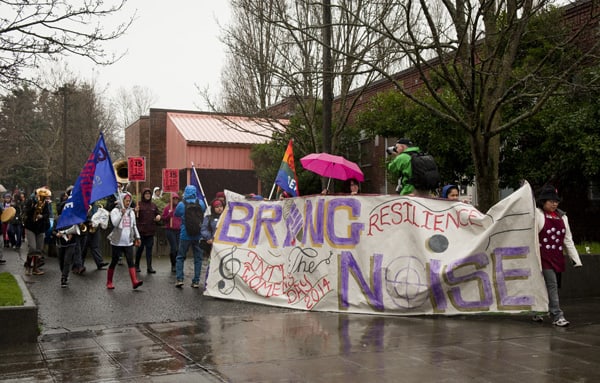 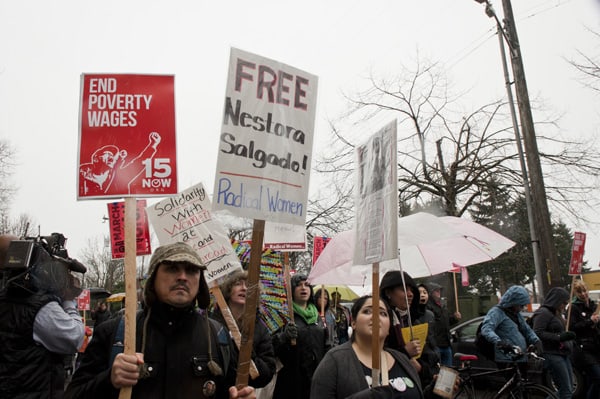 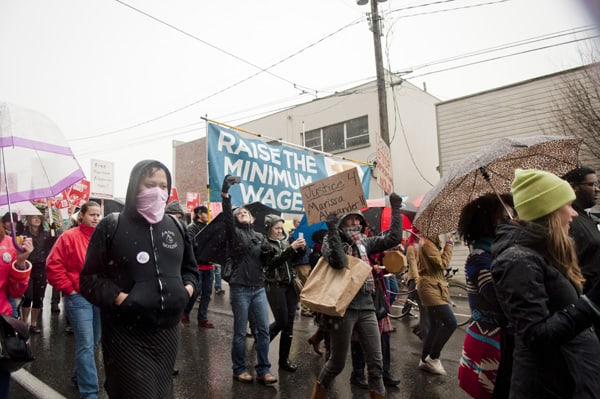 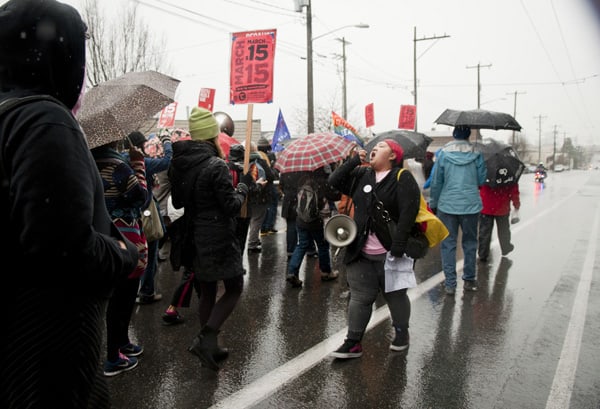 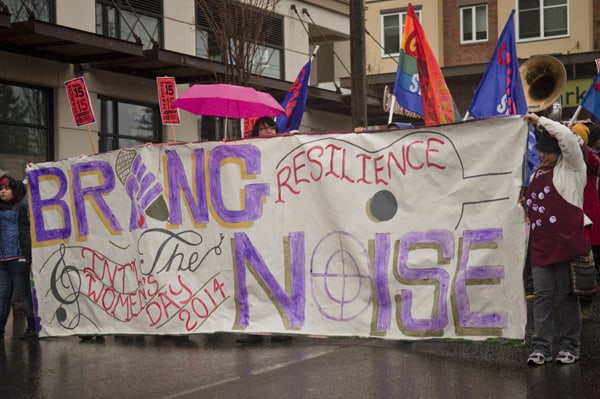 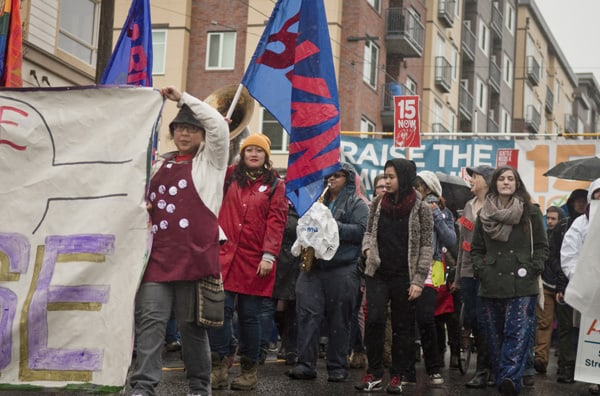 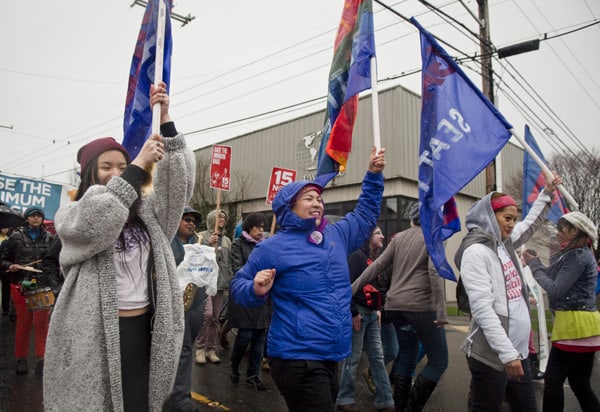