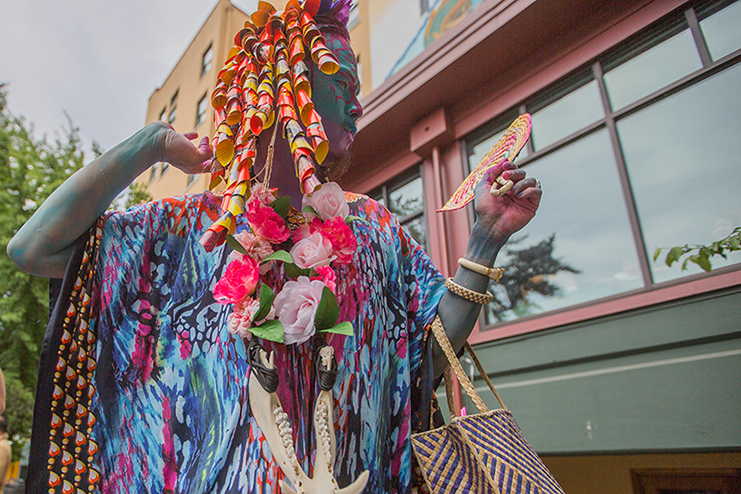 Adorned with a large, golden flower crafted especially for her by Atasha Manila, Aleksa Manila welcomed attendees to Pride Asia on an unexpectedly sunny day in Hing Hay Park.

This year marked the event’s eight-year anniversary meant to bring visibility to the queer Asian and Pacific Islander community in Seattle. The small festival, which kicked off at noon, showcased a host of performers from the API community for the small crowd that filtered through the park. These performers ranged from drag queens like Dutchess Drew Nightshade, the Sri Lankan Miss Gay Seattle, who performed a number to Christina Aguilera’s song, ‘Genie in a Bottle’; to dancer and performance artist Kince de Vera, whose piece focused on the silent epidemic of suicide within the queer API community; to creator and vocal artist Dakota Camacho, a Matao of Låguas yan Gåni lineage, who performed a piece that was a blend of traditional chant and modern hip hop verse.

Behind the stage, people manned booths meant to teach attendees about health and wellness issues in the queer API community.