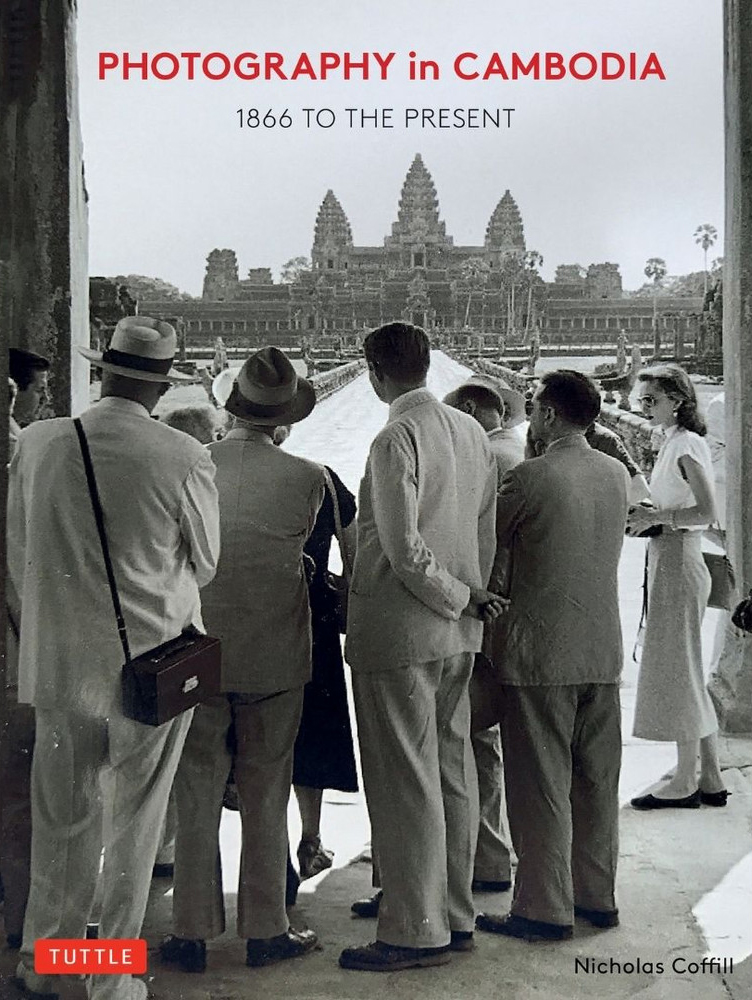 Nicholas Coffill writes a very detailed tumultuous history of Cambodia and the photography that developed along with their history in the very first pages of his photo book, “Photography in Cambodia- 1866 to the Present”. Coffill defends Khmer people all throughout his intro, even when he writes about all the French men that have come, gone, and influenced Khmer life. “The fingerprint of actual Cambodian photographers, however, even those of royal family members who had direct access to the new technology, are nowhere to be found” (Coffill, Photography in Cambodia, pg. 24); A very striking line that warranted lots of emotion, mostly anger. The book in of itself is photographic evidence of history and Coffill’s intro of words and photos, sparks a lot of emotion and entices the reader to continue on in the book.

Coffill teaches the reader about all the different genres of photography in Cambodia including, but not limited to, portraits, photojournalism, tourism, and landscapes. Lots of photographs in this book are still life, landscape, propaganda, postcards or tourist related images, and the royal family. Some of my favourite images are of Angkor Wat and all the events that have, and will continue to happen there. Angkor Wat holds so much history and has seen so many people come and go. There are images of fallen statues and vandalised signs accompanied or alongside a more modern image of Angkor Wat; It’s always fascinating to see a “before” and “after” of a different country that’s been through so many wars.

There’s quite a bit witten on the Khmer Rouge, but it’s an integral part of Cambodian history. When the Khmer Rouge took control of the country, almost all art forms were banned, except for photography. “The Khmer Rouge abolished all aspects of modern Cambodian life and the infrastructure that supported it. Photography still played a role, however, to promote the achievements of the revolution” (Coffill, Photography in Cambodia, pg. 11). The many photographs of Khmer life before, durning, and after the Khmer Rouge “… can also be the material evidence of a national memory and memorialization process to inform younger generations who have no recollection of these dark times” (Coffill, Photography in Cambodia, pg. 19).

As someone who studied photography for a few years, it’s very cool to see how some photography techniques have either changed or stayed and continue to be practiced in the same exact way as it started years ago. Hand colouring prints and photomontages are some of the biggest photo trends that have stuck around through the ages; although, hand colouring is done less as we have advanced into a digital era with DSLR’s, and creating montages/collages are done through editing software instead of in a dark room. There’s a lot of French names dropped in every other sentence for the book to not be entirely French centered; as I recall in the intro, Coffill aims to bring exposure to Khmer photographers, but the first 100 pages are filled with only French and other foreign people that influenced Cambodia. This is a book of Cambodia, written by a white man with the intention of teaching history, alongside pictures of Cambodia taken by non Khmer photographers and Khmer people.

It’s frustrating that there isn’t more written about Khmer photographers, but that’s another reason Coffill wrote this book; there is a lot more research and action to be done in order to bring Khmer artists into the spotlight. “Photography in Cambodia-1866 to the Present” is only a stepping stone for greater recognition for Khmer artists and the beautiful culture.