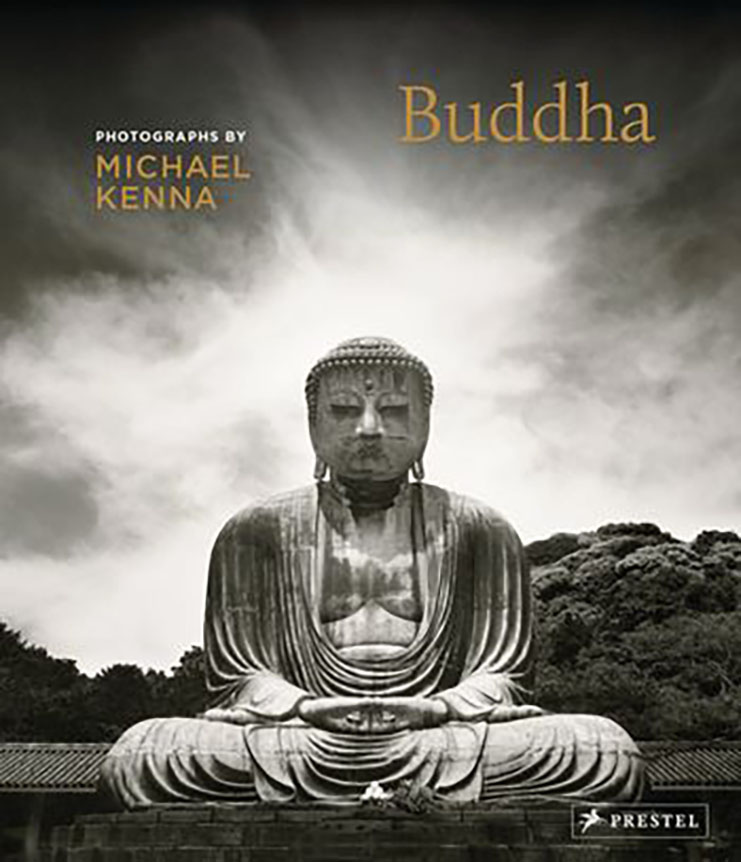 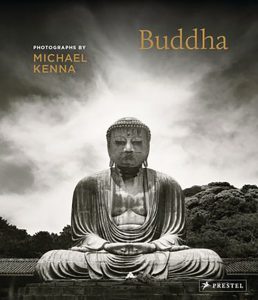 The Buddha once said, “Irrigators channel waters; fletchers straighten arrows; carpenters bend wood; the wise master themselves.” Seattle-based British photographer Michael Kenna knows what it means to forge his own path. As a child he was fascinated by the mysteries of the Catholic church, attending seminary school to become a priest before deciding instead to pursue a career in art. He moved to San Francisco in the mid-70s, and started garnering acclaim for his ethereal black-and-white landscapes. He’s now recognized as one of the world’s greatest living photographers. In Buddha, he re-examines his fascination with religious imagery, compiling three decades of photographs of sculptural depictions of the Buddha taken during his many journeys across Asia.

Kenna’s first encounter with Buddhist monuments occurred during a visit to Japan in 1987. After an exhibition of his work, he took a trip to Kyoto and Nara, where he was awe-struck by the colossal bronze statue of the Vairocana Buddha at Tōdaiji temple. Of the experience he writes, “There was something so powerful, awe-inspiring and yet calmly peaceful and serene about this massive Buddha, and it kindled an immense curiosity in me.” Kenna began learning about the historical Buddha and taking his first photographs of Buddhist sculptures, a practice he continued throughout later travels in China, Hong Kong, Cambodia, Laos, Myanmar, Thailand, and Vietnam. An opportunity at Paris’s Guimet National Museum of Asian Arts gave Kenna the chance to photograph additional statues from countries such as Afghanistan, Nepal, and Tibet.

These representations of the Buddha, usually sitting with legs crossed and eyes half-closed in deep contemplation, are at once familiar and evocative. Whether nestled in the depths of a forest, perched in the dim recesses of a cave, or carved into a palace wall, they convey a sense of tranquility and self-reflection, radiant harmony and inner peace. While these associations have been seized upon by advertising agencies and religious adherents alike, Kenna’s compositions encourage viewers to appreciate them in another light: for their artistic beauty.

Eschewing digital innovations, Kenna uses traditional black-and-white photography to capture the other worldly essence of his subject. The resulting 160 images are quiet and contemplative, striking and mysterious. In his meticulous arrangements of light and shadow, the photographer chronicles the many depictions of the Buddha found in temples, sanctuaries, and private homes. Some of the statues are internationally famous tourist destinations, others humble and inconspicuous. Still others are so weathered by the years as to be scarcely recognizable; small protuberances of rock jutting from a cliff face. The variety of images ensures every page is unique, each photograph offering a fresh interpretation of a familiar subject.

While the statues share many commonalities, differences in proportion, dress, design, and technique signal unique regional developments. Grouped by country, the images of Buddha call attention to these differences, stressing their fundamental connection to their locations. Atmospheric landscapes such as a snow-covered temple in Korea and slender mountain trees in India emphasize this inseparable cultural backdrop. Readers interested in the sculptures’ historical development will enjoy the book’s insightful introductory essay.  Among other information, it reveals the subtle keys to understanding the figures’ religious messages, providing a greater awareness of their significance.

Buddha is a beautiful book, attractively bound and thoughtfully presented. In his closing remarks, Kenna writes, “At my current young age of sixty-six, I feel that I now know just enough about life and religion to appreciate how little I actually do know.” Buddha offers no answers, but invites readers to reflect on their own beliefs, leaving them to enjoy the photos for their artistry, history, or their glimpses of the divine.