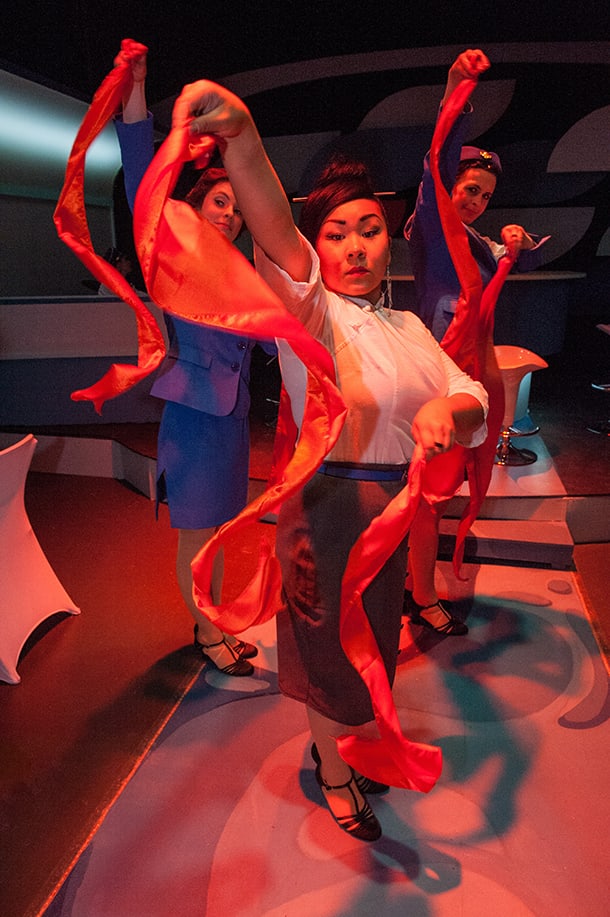 Photography is both a passion and a profession for Bruce Tom, who specializes in both dance photography and photojournalism for the arts community.

While both of these photographic practices involve capturing images with a camera, Tom has found that, depending on what he’s shooting, the work can be strikingly different in purpose and satisfaction.  “I’m certain that every photographer’s experience is unique,” he said, “but my challenge has always been maintaining that separation between what I do for my soul and what I do for money.”

Tom’s interest in photography stems from family tradition.  “My father was a bit of shutterbug in my childhood,” he said.  “I shot my first photograph on his camera when I was age five.”

When he turned ten, Tom decided he wanted a camera of his own. “I had spotted a camera promotion on the back of a cereal box, the kind where you send in a couple of cereal box tops as proof of purchase and two dollars, and they send you a camera,” he said.  “My Kodak Hawkeye Pocket Instamatic arrived, and I went straight to work.”

Photography became a way for Tom to engage in social connection while also developing independence.  “I soon discovered that I could make my friends laugh, and simultaneously annoy my family with my photography,” he said.  “My family was pretty conservative, and my photography was something that couldn’t be controlled. There was something empowering about this.”

Developing a career in photography hasn’t always felt empowering to Tom, though.  “I even once applied for a position as one of those photographers who stood at the finish line at a horse race in the event of a disputed finish,” he said.  “I even photographed Barbie dolls for Barbie collectors.”

Such jobs may pay the bills, but Tom recognizes other value in creating photographic images.  “Getting paid is still a challenge to this day, but it’s pretty clear to me now what I truly enjoy and feel passionately about, and what I should not do for the sake of money,” he said.  “I am aware that this is a privilege to be able to continue working as a photographer, surround myself with people who I love and admire, to witness and experience things that most people don’t get to see, and learn something new every day.”

It is these sentiments, along with an appreciation of music, that led Tom to dance photography.  “I finished art school in San Francisco, and moved to Seattle in the 90s just as the music scene was taking off,” Tom said.  “I found myself freelancing doing both live music photography and album cover design for a local record company called Loosegroove.”

This opportunity opened a number of doors for Tom. “Much of the music was punk-inspired, and the music dictated my style of photography that at the time was fast, uncontrolled and wild,” he said.  “I was told by many of my friends that I seemed to have a knack for capturing fast, live action.”

And this led Tom to dance photography, first for the local performance group Degenerate Art Ensemble.  “One of DAE’s performers, Crow Nishimura, is a trained butoh dancer, and her style of dance can be best described as weirdly ethereal, hypnotic, and then suddenly explosive,” Tom said.  “Her movement still represents a serious challenge for me to capture requiring baseball-batter-like reflexes and the stamina of a ninja.”

These physical skills are the foundation for the photographer’s eye.  “Beyond quick reflexes, I believe [some] of the challenges of dance photography are being true to the artist’s vision,” Tom said.  “The photos should never look less than the piece, but should also try and capture moments that the performers often don’t realize themselves.”

Rather than an outsider to these performances, Tom feels his role is integral to illuminating the work.  “I tend to see the camera as performing with a dancer or as a partner rather than as an intrusive spectator,” Tom said.  “Each performer brings their own unique set of challenges, and it’s important to discover, even if they don’t know it themselves, what are the characteristics that make them unique.”

This process of illumination has also been a means of discovery.  “It made me realize that butoh dance can require much more concentration and thoughtfulness than your average modern-dance piece,” he said.

This interiority of the butoh dancer evokes an unusual physicalization on stage.  “Butoh dance can be unflinchingly grotesque and absurd,” Tom said.  “It’s not choreography, but a set of evolving imagery that isn’t followed by waded through as one moves through a dream or psychedelic experience. These are worlds within worlds to me: macroscopic to microscopic.”

But Tom’s interest in these inner worlds of dance doesn’t exclude a concern for the larger world stage, and his photojournalism doesn’t shy away from politics.  “I’m primarily concerned with social justice these days,” he said.  “I’ve been photographing marches and protests, and standing with people who I feel that President Donald Trump is unfairly targeting, people with hopes and dreams, and willing to bravely voice their opposition.”

Combining art and politics is Tom’s favored way of serving multiple audiences and constituencies.  “As Trump attempts to wear down the First Amendment by befuddling the press with lies, it becomes even more critical for artists to express their dissent, and encourage the truth to rise above all the misinformation,” he said.  “I hope that my documentation will serve to remind people of their humanity.”