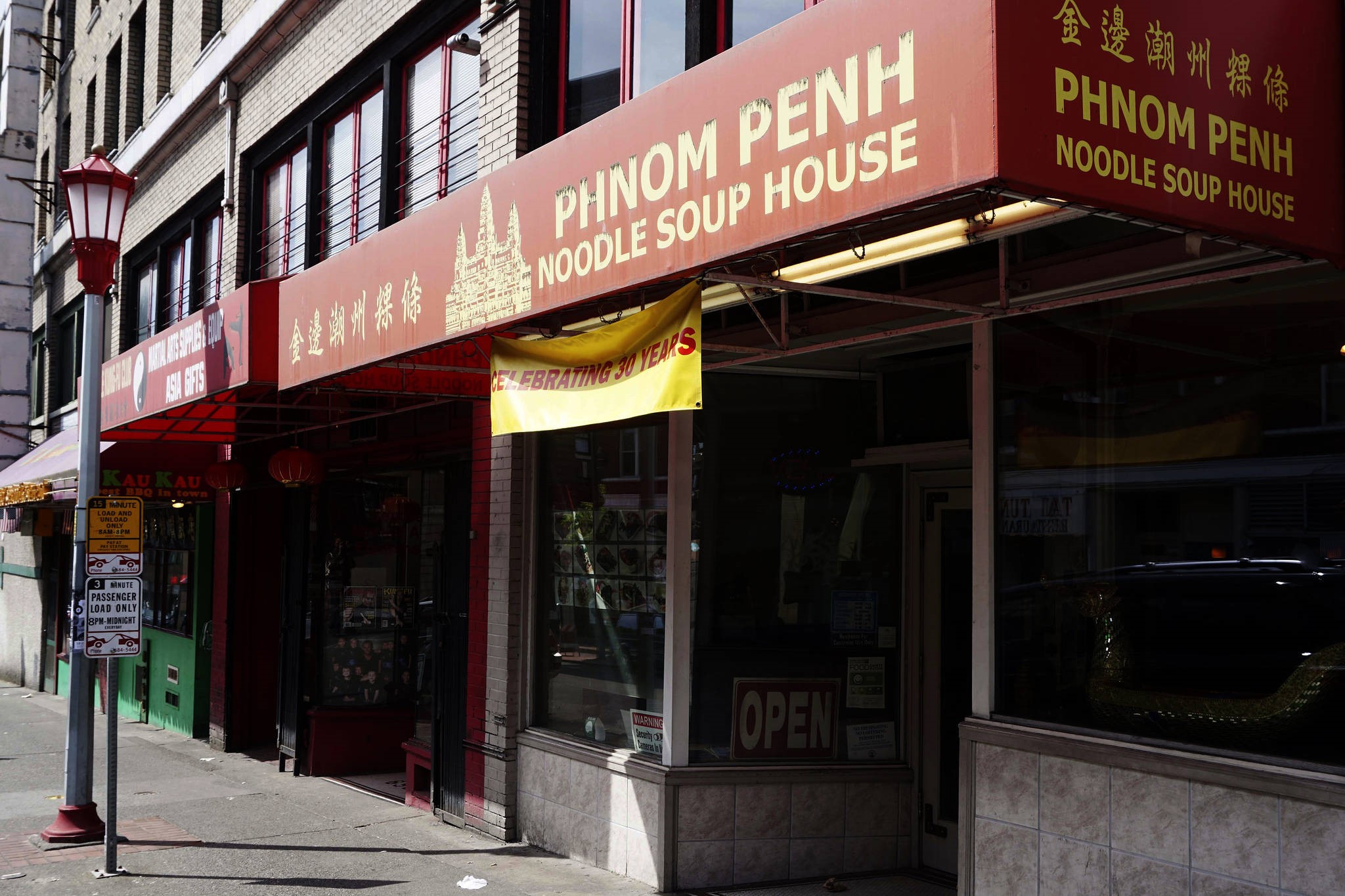 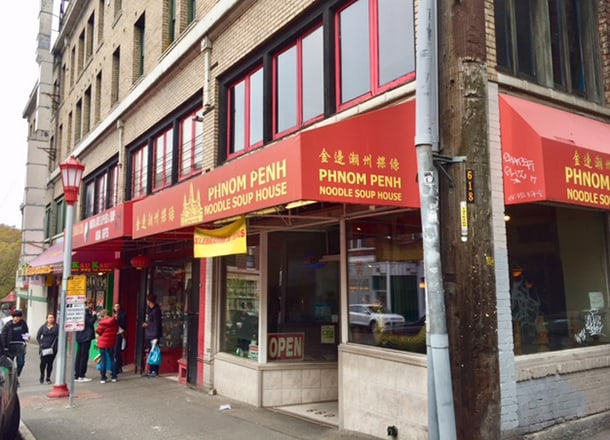 The Phnom Penh Noodle House, a beloved International District business which just celebrated its 30th anniversary, will close its doors in May, Dawn Ung, one of the co-owners, announced last week.

Dawn and her sister Darlene Le have run the family-owned Cambodian restaurant on South King Street since the retirement of their parents in 2007. A personal tragedy – the lingering impact of a traffic accident involving Dawn’s 18-year old son Devin – precipitated the recent decision to close.

Their father, Sam Ung, started the restaurant in a small storefront on Maynard Avenue after he arrived in Seattle as a refugee in 1980. Both Dawn and Darlene grew up helping in the restaurant from the time they were young kids. In 2012, Sam wrote a moving autobiography, I Survived the Killing Fields: The True Life Story of a Cambodian Refugee, with the assistance of his friend Thomas McElroy. Sam launched the book at a crowded book signing ceremony at the restaurant and has spoken eloquently and tearfully at many programs over the years. Sam now resides in Cambodia, returning to Seattle for only 10 months out of the year.

Since Devin’s accident – he was hit by a car last September while on his way home from a frisbee game – he has been in a coma, unable to speak or eat on his own. He has been in a skilled care facility and in the hospital several times for treatment. “After work, I go to the hospital every day for 45 minutes to one hour,” Dawn said. “Devin has special oral care needs which I’m able to help with. We don’t know what the long-term prognosis is. After six months, he hasn’t shown much recovery.”

Dawn, a single parent, said the accident has had a staggering impact on her finances. It prompted her to find another job with medical benefits and the “heart-breaking” decision to close the popular eatery. She has sold her house and is looking at the prospect of a challenging financial future. She has two other children – a 15-year old and a six-year old – in addition to Devin. Meanwhile, the daily grind of keeping the popular restaurant has taken a toll on her sister Darlene and other members of the extended family who work there.

Maiko Winkler-Chin, executive director of the Seattle Chinatown-International District Preservation and Development Authority, greeted news of the iconic restaurant’s looming closure with a tearful response: “I’m really sad. I’m sad about Devin. I’m sad because I love their food. It was the epitome of a family-owned business that gave back unselfishly to support our community.”

Like all the regulars, Maiko had a favorite dish. “For me, it was the Number 13 – the sweet-and-sour soup,” she said. “It was mind-blowingly good. The heavy herbs, the garlic, tomatoes, lotus roots and greens. I’ve never had cooked pineapples that I’ve liked. I don’t know where else I can get this now.”

Michelle Kumata, exhibit director at the Wing Luke Museum, echoed Maiko’s feeling of grief. “It’s more than a business. They were so supportive of the Museum. It feels like we’re losing a part of the family.” Michelle’s favorite was a dish called Battambang’s Favorite Noodle: “That’s my go-to – I order it every time. I loved the different textures and flavors.”

Dawn said a Szechuan restaurant will be taking over the Phnom Penh’s space at 660 South King Street on May 31. The Phnom Penh Noodle House will close several weeks before the opening of the new restaurant. A final closing date has not yet been set.

Dawn said she and Darlene may reopen the Phnom Penh Noodle House in a smaller space in the future. For now, they have their hands full coping with Devin’s struggle to recover and saying emotional goodbyes to customers they’ve served over the past three decades. There is a GoFundMe page set up to support Devin during his recovery.