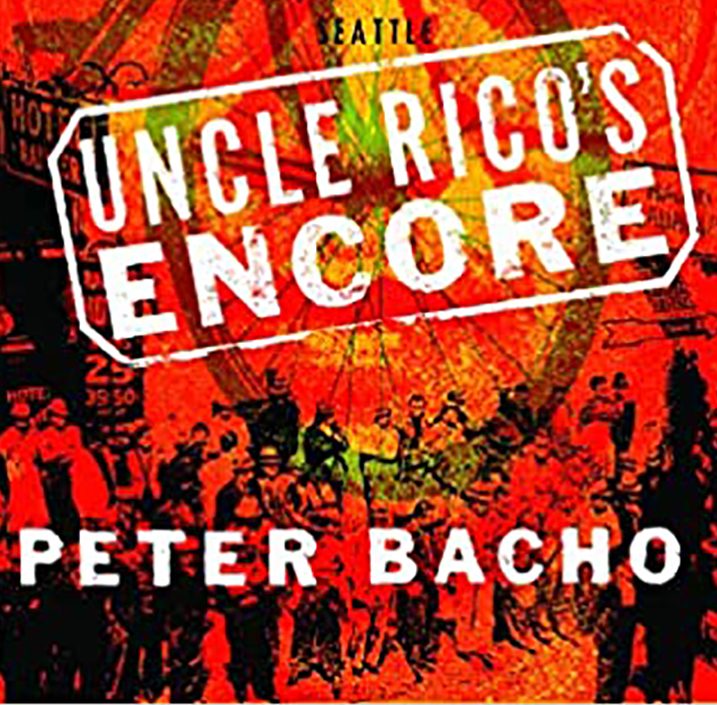 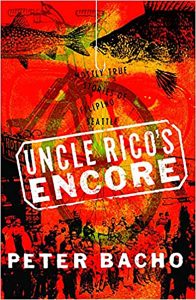 I was delighted to learn from IE’s arts editor Alan Lau, Harvey Dong of Eastwind Books of Berkeley, and Abe Ignacio of the San Francisco Main Library about Peter Bacho’s latest book, Uncle Rico’s Encore: Mostly True Stories of Filipino Seattle. It is a welcome addition for the library shelves of Filipino Americans and other Asian Americans, including me, who grew up in that 1950s to 1970s period.

Despite racial discrimination, we Baby Boomers were beneficiaries of post-World War II American prosperity and productivity. Many of our fathers and uncles served in the U.S. armed forces during World War II fighting in the Philippines and elsewhere. Like Peter, we were beloved not just by our families but countless bachelor uncles/babysitters like Peter’s Uncle Rico. For men who had witnessed and even partook of the atrocities, destruction and deaths of World War II, raising and caring for children post war was a precious gift, a sacred responsibility.

Attention has been focused on the Manong Generation, most prominently via Carlos Bulosan’s classic America Is in the Heart and the post 1956 immigrant generation, such as award-winning articles by Seattle’s Alex Tizon, including those in Invisible People. Between these two endpoints, written stories of Filipino Americans are less known. Peter Jamero’s Vanishing Filipino Americans: The Bridge Generation and Bob Santos’ Gang of Four are exceptions.

For me, Peter Bacho’s latest work is more definitive of our cohort. It complements Ron Chew’s My Unforgotten Seattle, a history written in large part via various oral histories. Peter’s is personal, a coming-of-age of his friends and him, who grew up as part of the Filipino Youth Activities (FYA).

The FYA was organized by Fred and Dorothy Cordova in 1957 to give Filipino American children – many of them of mixed race – a strong sense of identity and community. They grew up in physical neighborhoods, sheltered, multiracial communities in Chinatown, the Central Area or the South End. They went to mass in local parishes and attended parochial and Seattle public schools. They were not black or white. They were not Filipino or American. They were Filipino American. They called each other ‘Pinoy’. “For young Pinoys this was a very special time, when were able to define ourselves and create a sense of origin and belonging,” says Peter in Uncle Rico’s Encore.

Many of Peter’s buddies served in the armed forces during the Vietnam War. Peter and several others went on to college. They became community organizers in the U.S. and the Philippines, not just living their activism but also speaking up and writing about it. Even today, they mentor the next generation. Peter teaches through such examples as: “… our style of play was less about winning…more about highlighting individual skills and drawing oohs and aahs from appreciative audiences—in other words, art over function on the junior high school basketball court.”

Uncle Rico’s Encore is a collection of stories in Peter’s life from 8 to 68 years old. The first section called “The Lay of the Land” includes an actual map of the Seattle Filipino communities and stories numbering from Map 1 to Map 6. It’s of great interest to Seattleites who remember a “..once cohesive and sustaining sense of community.” The next section is called, “Was It That Long Ago?” which resonates with some Baby Boomers. The third section, “On Boxing, Mother, Violence and Writing,” appeals to a varied audience. The last is “A Close Call, Memories, A Last Goodbye.” The final story is fittingly called, “Eulogy.”

There are so many rich experiences to which one can relate in this collection. I share three—parents, baseball and Bienvenido Santos. Like the parents of Peter and FYA members, mine were many years apart in age, 16 years apart. My dad, Lazaro Tamayo, a young Ilocano, left the Philippines in 1922 to work in Hawaii and California. He returned to the Philippines to marry my mom, Anicia Lucas, in 1940. He served in the U.S. Army during World War II and brought his family to San Francisco.

My siblings and I had a path similar to the FYA members, including going on to graduate school, becoming community organizers, and documenting our Asian American and Filipino American stories. I was awed to learn of Peter Bacho’s first novel Cebu in 1991 because it was written by a Filipino American, not an immigrant Filipino. It also won the American Book Award. It spoke to so many of us Baby Boomers.

In Uncle Rico’s Encore, he writes of post 1965 Filipino immigrants, “They were disconnected from the lived experiences and the physical landmarks that mattered to two earlier generations. For too many newcomers, the history of this community is when they arrived. They would set the standards; they would set the rules.”

I share Peter’s love for baseball. He makes that golden period alive. In the 1950s and 1960s, Major League Baseball teams expanded and moved west. The Brooklyn Dodgers became the Los Angeles Dodgers. The New York Giants became the San Francisco Giants. They had the most integrated teams. As I say in, Golden Children: Legacy of Ethnic Studies, SF State, “Ten years before the San Francisco State strike, San Francisco children were thrilled to go to Seals Stadium in 1958 (then later to Candlestick Park) to watch the San Francisco Giants play major league baseball against the Los Angeles Dodgers. We no longer just had comics and television heroes. We could root for and get our baseball cards autographed by real-live heroes and role models—Willie Mays, Willie McCovey, Juan Marichal, Orlando Cepeda, the Alou brothers—Felipe, Jesus and Mateo.”

The most poignant story for me is “A Note on Bienvenido Santos.” Like Peter, I owe much to the late Filipino writer. Peter says, “For starters, Santos, in his brilliant and evocative collection, ‘Scent of Apples’, showed me the beauty of the short story format, the masterful use of subtlety in both narrative and dialogue, and the proper linkage of related stories that in this case created an elegant work of art as satisfying as any well-crafted novel.”

Santos touched me deeply as a college student because he acknowledged and gave a nuanced and not-so nuanced voice to the lives of men I knew as a child. These men ate at my family’s table in San Francisco’s Fillmore district discussing politics and giving my siblings and me pocket money before heading to wrestling matches at Winterland. These were hard-working, diligent, passionate men, eager to please but often overlooked and ignored whether they were manual laborers or illustrados/pensionados. Nevertheless, they gave us a powerful gift. They told us we could be whatever we aspired to be.

In my view, Uncle Rico’s Encore is a loving tribute to what is both Filipino and American—the good and the bad, the shadows and the lights, the births and the deaths, the Uncle Ricos and the Mom Remes.

Read an interview between Peter Bacho and Robert Flor.