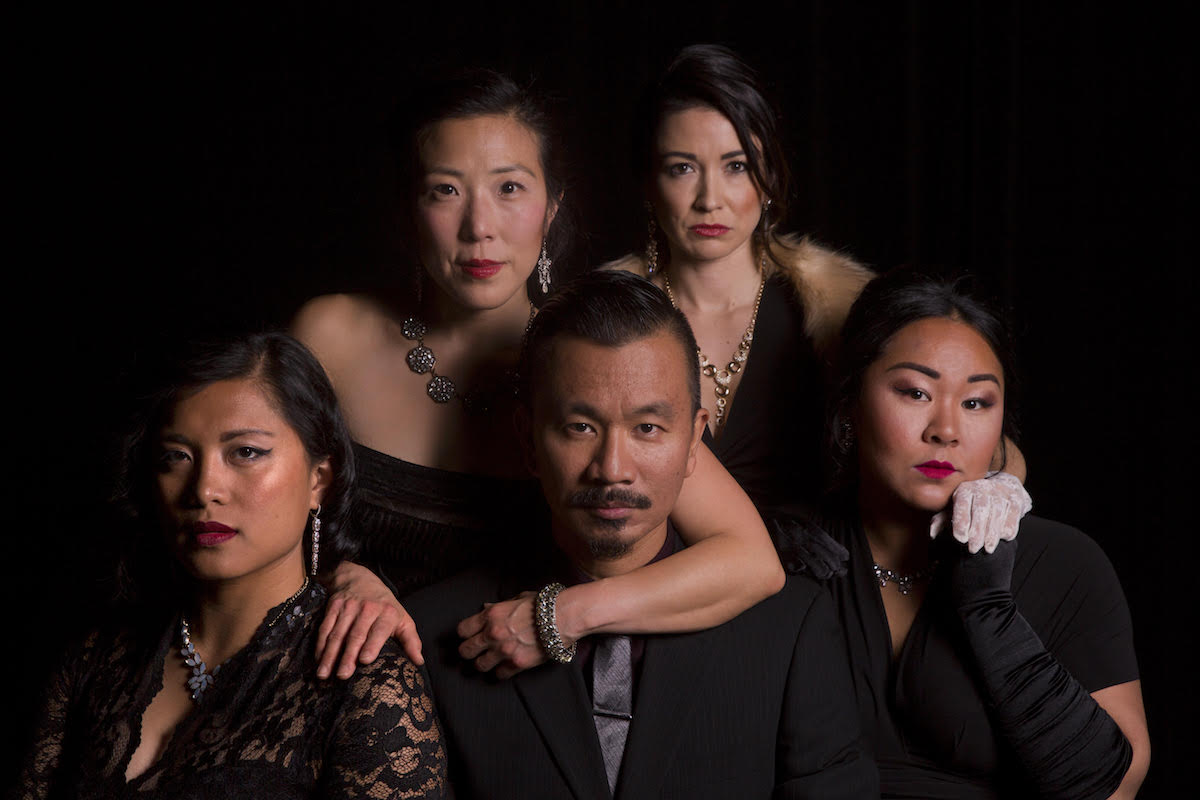 Persimmon Nights stars and is directed by local performer Sara Porkalob, and features a young Korean immigrant who juggles both love and money in an imagined locale five decades ago. “I think I was originally interested in that era because it was the time of my mother’s youth,” said playwright Seayoung Yim.

Multiple aspects of Yim’s mother’s generation proved inspiring. “During my childhood she always played American pop music of the 60’s and I was, in some ways, more immersed in American pop culture of her generation than my own as a kid,” Yim said. “I have always been interested in classic films and fashion as well. In The Mood For Love is one of my all time favorite films.”

But Yim’s interests also included the serious, as well. “In college I was getting more involved in activism,” she said, “where I learned how important that time was as well for Black power and the civil rights movement which directly inspired the Asian American movement and our political identity.”

Yim also connects the politics of that era 50 years ago to today’s realities. “So much injustice is happening right now with the Trump administration and arguably since the inception of this country,” Yim said. “Structural racism is killing people and destroying lives, separating families.”

Against this background, the arts can sometimes feel insignificant. “With everything going on, it has been a challenge to focus on what to write next,” Yim said. “I know there is a way to create art for justice, but how? I think being in dialogue with other artists and learning from organizers have helped me feel less overwhelmed and has given me inspiration.”

Yim found that Café Nordo was a good place to connect with other artists. “I’ve seen Cafe Nordo shows and have always been so impressed with how beautifully they create rich atmospheric stories, using so many of the audience senses, including taste,” she said. “Being Korean, food is a way family expresses love and my story is ultimately a family story.”

That’s not to say that the production has been without challenges. “Originally, I had written Persimmon Nights as a stage play and it was a challenge incorporating the meal breaks and music,” Yim said. “Luckily, director Sara Porkalob was very familiar with Nordo’s format, so she was invaluable in the editing process and making the play work for dinner theatre.”

Yim’s collaboration with Porkalob has been very fruitful in other ways, as well. “Sara is an amazing collaborator with amazing artistic verve and aesthetic,” Yim said. “We share a similar sense of humor, and we’re always trying to make each other laugh.”

Beyond the fun, Yim highlights Porkalob’s artistic contribution to the show. “She also gets me and is able to read my words and understand my intended subtext without me having to explain it,” she said. “She also directs in a way that creates layers and complexity that I never even thought of.”

Café Nordo productions always feature music along with dinner, and Persimmon Nights is no exception. “The Kimchi Kittens are loosely inspired by a real life Korean pop group that toured the U.S. called the Kimchi Kats,” Yim said. “I’m very excited for audiences to hear some covers of Kimchi Kats songs, which will be sung in a mixture of Korean, Spanish and English.”

Yim hopes to eventually share her work farther afield, but for now is thrilled about this latest production. “Seattle is home and has been such a supportive and creatively fertile ground!”