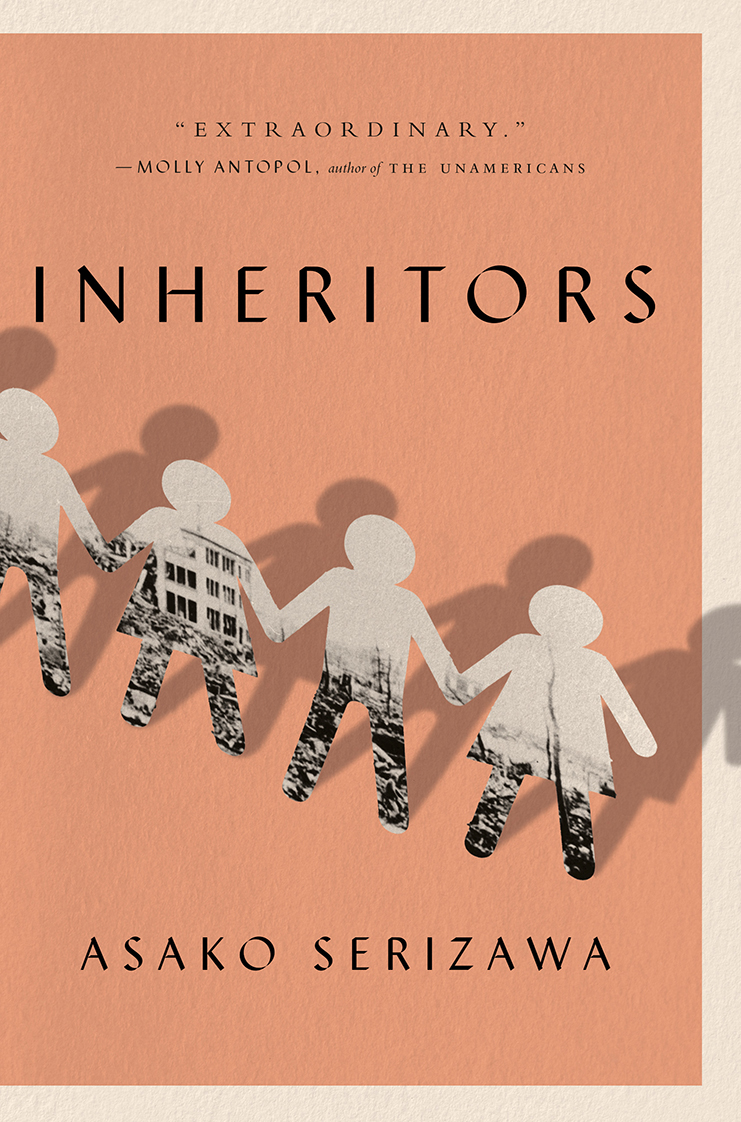 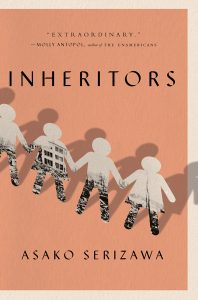 In a conversation on Instagram TV with Singaporean bookseller Kenny Lack, Boston-based author Asako Serizawa said, “When I was growing up in Southeast Asia, Japan had occupied so many countries during WWII, and it was such a brutal war, but I wasn’t really confronted by that history. I was really disturbed later in life when I discovered how much I didn’t know, and that really became the starting point for thinking about this book.”

Last year, Serizawa might have been touring her book in the United States, but this trans-Pacific conversation is one positive outworking of a pandemic that limits authors to virtual engagements. And The Inheritors warrants transcultural discussion. Although Serizawa highlights the Japanese army’s brutalities during WWII, she also consciously develops positive narratives that non-Japanese readers might find disconcerting.

The Inheritors probes the tenuous boundary between perpetrator and victim while subverting our very definitions of those terms. Portraying transculturation and political oppression might be increasingly common, but linking these themes to a controversial historical context is still atypical. Serizawa’s narratives span roughly 120 years to suggest that Japan was both an aggressor and a victim during the socio-political complexities of the 20th century.

The anthology begins in the 1990’s with an 80-year-old woman who can’t remember her name. What she does remember is standing on a California pier next to a white man one summer morning in 1914, watching her father sail back to Japan. She remembers she was a teenager. She remembers Edward was too ashamed to marry her, even after she bore him three children, even after WWII concluded and American anti-miscegenation laws were repealed. These are the traumas one does not forget.

We move from this nameless woman to little Luna, who’s torn between her bicultural parents. Luna’s mother hates their annual trip to Japan because it makes her feel too white. So white, in fact, that she doesn’t notice when Luna hurts her ear playing on the beach and can’t make sense of her parents’ debates. What Luna does understand is that her father won’t be flying home with them. Four decades later, her son is caught in a different tug-of-war. Will he succumb to Western capitalism, or embrace his Japanese heritage to battle for the disintegrating environment?

These transcultural narratives may be rather predictable, but the substance of The Inheritors is anything but ordinary. Most non-Japanese readers assume that Japanese natives from WWII sanctioned the nation’s brutality, but Serizawa offers a startling counterargument. She suggests Japan’s civilians were victims of wrongful incrimination. This is an unsettling proposition, and she presents it in an unusual manner. Serizawa constructs The Inheritors from short stories that appear to be standalone pieces – until their characters and timelines begin to intersect. Suddenly we realize that the anthology could also be a novel demonstrating the lasting effects of unjust retribution in post-war Japan. This structural shift gently opens our minds to an idea we might have dismissed had Serizawa presented it explicitly in the opening stories.

She engages our empathy using Japanese civilians we cannot help but call protagonists: A pacifist couple whose son runs away to join the Imperial Army after being brainwashed by right-wing teachers at his school. Another couple who loses their son to American firebombs, then adopts the son of a Korean comfort woman. A leftist journalist who is terrorized first by Imperial thought police, then by American soldiers who mistake him for an insurgent.

If we object that these victims are only suffering the rightful retribution due to those who did not prevent Japan’s militarizing in the first place, Serizawa suggests that we ask questions instead of generalizing. Should a traditional culture be blamed for obeying its god, she asks? To Serizawa, Japan’s wartime brutalities were inflicted by the emperor, not its people.

Serizawa does not limit the Inheritors to advocating for Japanese civilians, however. She does acknowledge the trauma Japan inflicted on occupied nations by including a few stories that portray aspects of the country’s WWII brutalities. Most notable is the story of “S,” a Japanese research doctor at Harbin who is so tormented by memories of his experiments that he takes his own life. Such tales strengthen Serizawa’s portrayal of WWII Japan, but their narrow scope may still leave us feeling that she minimizes Japanese aggressions. The difficult truth is that a topic as complex as WWII will spark a plethora of responses, no matter how many angles an author attempts to depict.

Serizawa’s resounding denouncement of the Japanese emperor will diffuse many of our counterarguments. Nevertheless, her second culprit – the United States – is still surprising since her inspiration for The Inheritors was to counteract the Japanese narratives she encountered growing up in Southeast Asia. We might expect her to rightfully protest Hiroshima and Nagasaki, but she glosses over these tragedies to illuminate more obscure injustices from the American occupation. We meet a deformed orphan boy who is interrogated for a failed attempt to assassinate General MacArthur. We see girls who are recruited to work as “secretaries” for the American Army, then filtered into brothels. We discover Japanese research doctors who are freed in exchange for the scientific data they’ve harvested from concentration camp experiments. Serizawa collages these snapshots to confront us with the outcome of equating Asians who deified their emperor with Europeans who prized individualism. Were Japanese civilians really as culpable as their German and Italian counterparts?

This is a difficult question to answer. When asked how she hopes individuals from occupied countries will respond to The Inheritors, Serizawa admits that she’s nervous. “I want to know how people might respond, because it’s partly why I wrote from so many different perspectives. Japan occupies this strange position where it was an aggressor, but also a victim of so much, too. And it was a colonizer, but it also had this sort of colonized existence during the American occupation, for example. And I wanted to represent all of this. And yeah, it’s scary.”

Asking us to reexamine WWII Japan isn’t just scary for the writer. It’s also scary for the reader. The Inheritors will elicit different reactions based on our age, race, and cultural background, but it will absolutely require us to think. After all, thinking is the real purpose of reading.