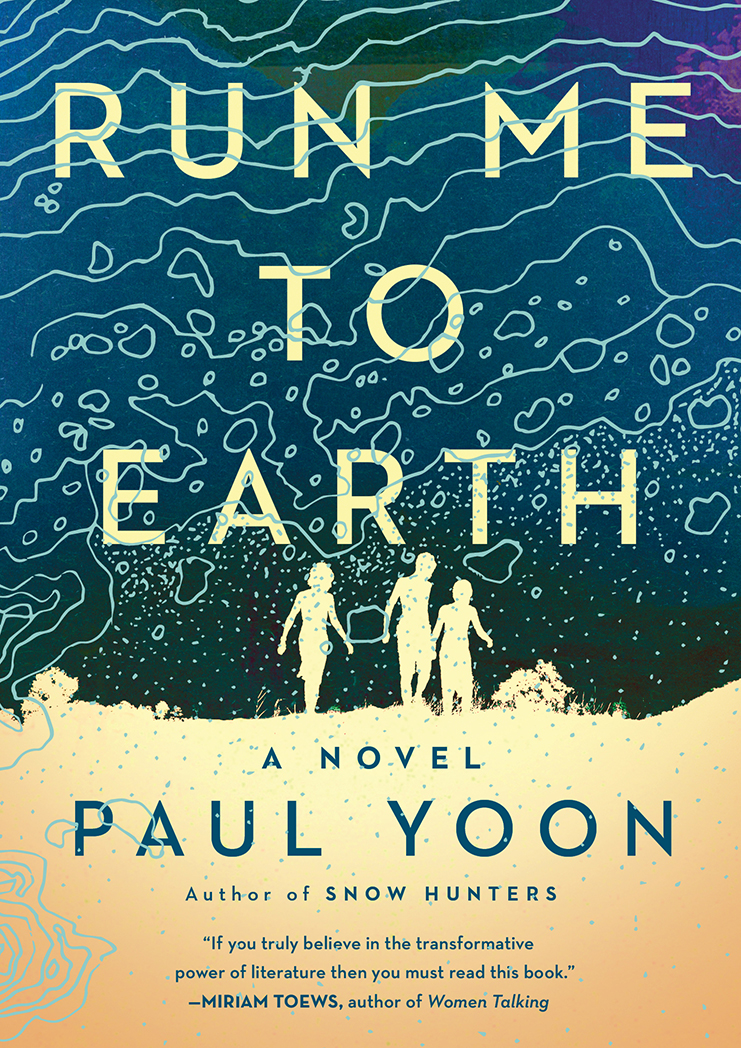 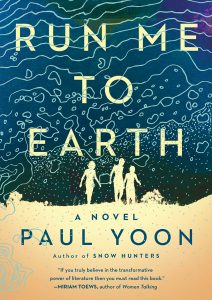 Paul Yoon’s second novel Run Me to Earth imagines the life of three orphans and the people they have affected as they struggle to adapt to the consequences and aftermath of loss and survival. The setting is Laos, a country that was plagued by a covert U.S. bombing campaign from 1964 to 1973 in a pointless effort to stymie the spread of communism in Southeast Asia. The relentless bombing—over two million tons of cluster bombs, which surpass the amount used in World War II—left behind untriggered bombs in its wake, creating a veritable minefield in Laos, a nation now known as the most heavily bombed in history.

Told through the perspective of several people at different points in time starting from 1969, Yoon examines the delicate web of connections that string together humanity during its darkest moments and the memories people cling to as a vestige of hope for the future. Hidden within the madness are nuggets of treasure: acts of sacrifice and kindness that seem to be Yoon’s way of emphasizing the importance of compassion, especially when the act of selflessness comes from a stranger. Although the content itself may be difficult to digest, Yoon’s narrative style—unassuming and minimalist—helps put some distance between the readers and the text, making it easier for them to dive head on into the difficult subject matter. The Elliott Bay Book Company will have Yoon read excerpts from Run Me to Earth on Feb. 3 at 7 PM.

Run Me to Earth revolves around three orphan vagabonds—Alisak, Prany and Noi, childhood friends who banded together after they lost their parents. Surviving on their wits while avoiding death and capture at the hands of the Pathet Lao, the communist group in Laos, the three caught the attention of nurses working at an abandoned, luxurious home that was turned into a makeshift field hospital. The three were recruited to work as motorcycle couriers to scavenge the surrounding area for hospital supplies and to find wounded people in exchange for food, accommodation and some pay. Each equipped with a pistol and a motorcycle, the three came to know the land so well that they managed to decipher the areas that weren’t riddled with bombs (often learning from the dead) and marked them with sticks for their safety.

When they weren’t scavenging, they assisted the meager staff at the hospital who were all supporters of the Royal Laos Government. Through their assistance, the orphans themselves became quasi-skilled nurses. The sole doctor in charge is Vang, a man from Vientiane (the capital of Laos) who drills the children in English and French every day in preparation for the day they will evacuate, either to France or Thailand. When he has some time to spare, he unwinds by playing the piano, often for his young audience.

As the day of their evacuation draws near, Vang and his staff evacuate mobile patients while preparing to abandon immobile ones. On the day they leave, Vang and a couple nurses share rides with Alisak, Prany and Noi and head out to the helicopters, a turning point in their lives that will change their destinies for better or for worse.

Told through the perspective of five people spanning from 1969 to 2018, Run Me to Earth is filled with haunting imagery and heartbreaking moments of truth. Combined with Yoon’s quiet, yet powerful writing style, each account builds on the previous one, slowly revealing new connections and insights that add on to the expanding connections of the initial characters.

Despite the sadness, there are many moments of compassion and small acts of kindness littered throughout each of the chapters that drive home the importance of lending a helping hand to those we perceive to be in need, even though they may not ask for it. Perhaps this is Yoon’s call to others to find compassion and understanding in their hearts for refugees and immigrants alike.