Zenkichi Kikuchi emigrated from Japan to the United States early in the 20th century. A job laying track for the Northern Pacific railroad took him to eastern Washington, where he settled near Wapato. A hard-working pioneer and ingenious agricultural scientist, he made it his mission to encourage other Issei (Japanese immigrants) to come and cultivate the Yakima valley. He lived out his life there, farming and raising a family, until his death in 1965.

Over 40 years later, composer Paul Kikuchi went in search of the great grandfather he had never met. Fortunately, Zenkichi left a map: a memoir, handwritten in English, of his life in America; and a handful of vinyl records of Japanese popular music of his era. The memoir provided the inspirational seed, the recordings the root stock on which Kikuchi based his song cycle, “Bat of No Bird Island.” Four of the six songs are “re-imagined” from songs on Zenkichi’s records. In the process of “re-imagining” a song, Kikuchi begins by transcribing the melody by ear from the recording, then builds on and around it.

“Sections of the music that I really love, that I want to keep the integrity of completely, I just arranged that for my ensemble … for the instruments that I have,” Kikuchi says. “But that will flow into … something [new] that I’ve written that’s inspired by … one of the pieces.”

For Kikuchi, re-imagining these compositions is intertwined with the process of getting to know his great grandfather.

“I can read what he wrote, but I’ll never know him, I’ll never be in the same room with him,” he says. “So musically, it’s… similar to reading his memoir and [asking] ‘Who was this guy?’”

Paul Kikuchi’s music spans genres from chamber music to jazz; combining formally scored melodies, improvisation, and sounds captured from the environment. His work occupies a border zone where composers of conventional music and artists working with “found” sound seldom meet. He writes for eastern and western instruments, as well as a few new ones of his own invention. He likes to play with sound quality, performing in unusual acoustical environments such as abandoned train tunnels and a nuclear reactor cooling tower.

In “Bat of No Bird Island,” he blends contemporary western instrumentation with traditional Japanese performance technique, incorporating excerpts from the records. For “Ko Ni Mayou (Lost in the Fragrance),” the original recording of singer/composer Ichimaru is played through a walkie talkie, giving her voice the slightly scratchy quality of an old radio broadcast, imparting a sense of distance in space and time.

“There’s a level of mystery with this project,” Kikuchi notes. “It’s me exploring this person who I’m related to but I never knew … that’s one of the things I wanted to try to translate was that sense of mystery.”

The “Bat of No Bird Island” song cycle was first performed in 2013. In late March, the recording will be released in three formats: a CD of the entire song cycle; a 10-inch vinyl disc, sort of a created artifact, of two songs from Zenkichi’s 78 rpm vinyl records and two of Paul Kikuchi’s compositions inspired by those songs; and a website containing photographs and excerpts of the memoir, connected by musical clips, that will offer deeper insight into the history of Japanese immigrants in Washington.

Kikuchi feels there is still more to learn about his great grandfather. The next phase of his research will take him to Japan, to Zenkichi’s birthplace and the sources of the music in his record collection. Those recordings from the 1930s and 40s are in a style known as enka, a form of east-west fusion that was popular in Japan and in Japanese communities in the United States. Kikuchi will seek out recordings from this period for an installation that he is creating for the Panama Hotel. Scheduled to open in November, “Songs of Nihonmachi” will revive the sounds of Seattle’s historic Japanese neighborhood prior to World War II in an interactive listening station equipped with vinyl discs and a record player. Kikuchi will also compose new music based on the historic recordings.

“It feels great to take something that’s so personal and so connected to my familial history and heritage … and then have it branch out to connect with more people in the broader community,” says Kikuchi. “It’s such a rich time in history: these Japanese coming over and living these crazy pioneer lives.”

There will be a free event celebrating the album release on March 28 from noon to 3:00 p.m. at the Jack Straw Cultural Center, 4261 Roosevelt Way NE in Seattle. Visit www.BatofNoBirdIsland.com for more information. 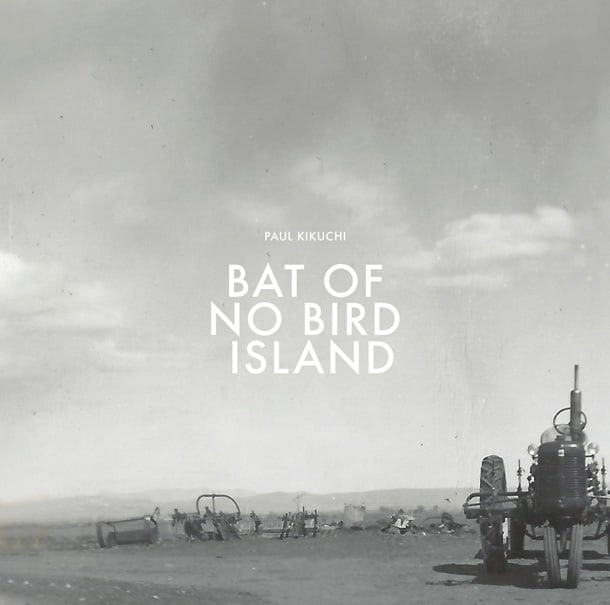