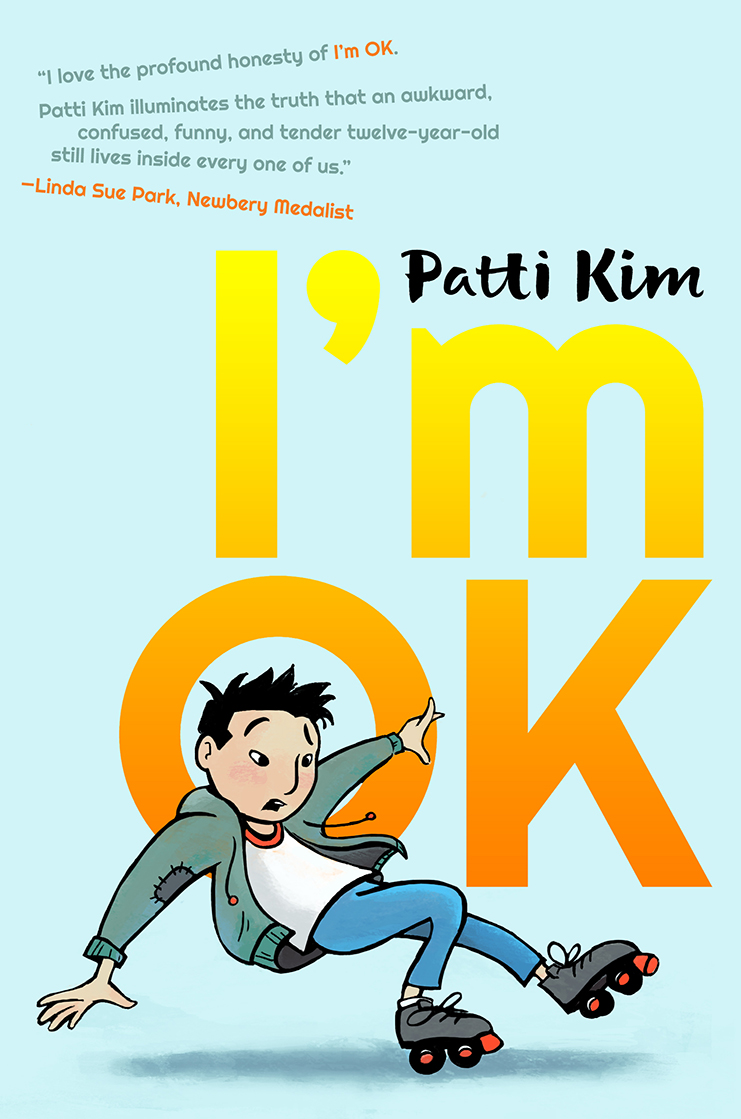 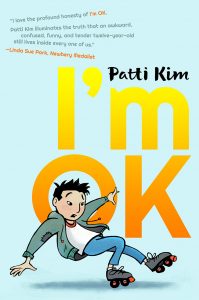 “[I remember] my father telling me there are two kinds of people in this world: those who swim and those who drown. I’m drowning in stress and pressure. My father is supposed to show me how to swim. Who will teach me now?”

This is the question the protagonist of Patti Kim’s latest book seeks to answer as he tries to overcome the painful ordeal of his father’s death on his own. Korean American author Patti Kim’s third book attempts to encourage young readers to dismiss perceived differences in people and to explore beyond those differences to find the shared humanity within all of us. Through loss and pain, she also advises against withdrawing within oneself and instead advocates “befriending those darker events in life” by reaching out to others, growing in self-understanding and self-awareness, and making honest connections with others.

I’m OK is about a Korean American boy in middle school named Ok Lee whose family emigrated from Korea when he was three years old. Not having eminent connections, a distinguished background, or the luck of being there through a company assignment, the family had to start from scratch and lived in a stranger’s basement before setting off on their own. As he grew older, his parents relied on him when they needed to read, write or verbally communicate matters in English. Being smart, astute and clever, he successfully helped his parents out in these situations.

His father dreamed of buying some nearby property and refurbishing it, but these dreams are cut short when he unexpectedly falls off a roof that he had been working on and dies. Subsequently, his mother works day and night to support them, juggling two jobs as a seamstress and as a cashier. On the side, she has a small kimchi business where she sells her popular, secret-recipe kimchi to the deacons at their church. Reminded by his mother that “invisibility is key to survival,” he refrains from telling anyone at school about his father’s passing. Not being someone who has many friends in general, he copes with his sadness on his own while pretending that everything is okay to the outside world.

Having the term “man of the house” reiterated to him on many occasions by his elders, Ok wants to alleviate his mother’s hardships by helping out in some way financially. Inspired by a neighbor, he starts a braiding business, where he quickly picks up loyal customers in the form of his female classmates, but he quickly discovers that although business is good, it is not enough to help out his mom. His frustrations lead him to steal an item for the first time.

As he struggles with his sadness and loneliness, he is also irritated by the intrusion in their lives in the form of Deacon Koh. Twice married and a widow, Koh has the reputation at their church of being a rich man “on the hunt for wife number three.” Already sensing that the “d-CON” is fishing for his mother, Ok immediately distrusts him and worries that this man will become his father’s replacement. This spurs his desire to earn more money in the form of his school’s talent show contest so that his mother would not have to rely on the d-CON’s help and generosity.

Through his hardships, he starts becoming friends with two unlikely students from his class: Asa Banks and Mickey McDonald. Asa is a popular boy at school who teases Ok and calls him inappropriate things, such as “Wong-chung-chung.” Mickey is a social outcast who dresses unconventionally with wild hair. In the beginning, Ok makes his own judgments about them based on how they present themselves in public, but after getting to know them better, he realizes his first impressions of them were wrong, and although he initially saw them as being odd or stupid, he realizes there is a thing or two they could teach him about life and friendship that he cannot easily learn on his own.

“In the beginning, the kids are hostile to each other out of fear,” explained Kim. “They don’t really know each other. All they have are false personas to go on. Distorted images. Stereotypes. It was crucial to start there because I wanted their friendship to grow out of those places of mistrust and suspicion. I wanted to show how fear and ignorance distort the truth about people. I wanted to show that relationships don’t have to end there. They can dramatically transform into true friendships of trust and support.”

As a second-generation Korean American, I found this book delightful to read because of its many references to Korean culture, and the ways of Korean thought presented in the book that reminded me of my own parents and other Koreans I know. Many of the themes in the book are not only relatable to someone like me in the Korean American context but also applicable to all other backgrounds as well. Ok is clever and observant with an acerbic wit to match; his reflections and thoughts will undoubtedly leave readers or their children smiling, smirking or simply laughing out loud. This book will have readers valuing the friendships in their lives and relay the important message that it is okay and not shameful to seek help from others outside of the family during hard times.