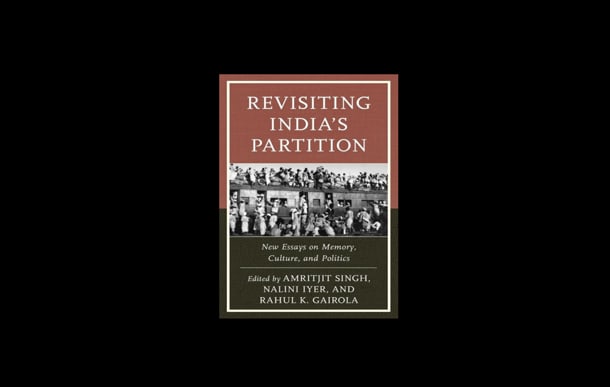 Nearly 70 years ago, the Indian subcontinent was divided by the departing British occupiers into two nation states: Hindu-majority India and Muslim-dominated Pakistan. The tumultuous event triggered sectarian violence and caused one of the biggest mass migrations in history, resulting in death and destruction on a scale never seen before. This human tragedy, documented in the following decades in the form of novels, essays, memoirs, and poems, now constitutes what is known as Partition literature. Adding to the richness of this trove is Revisiting India’s Partition, a newly released essay collection containing 19 pieces. This volume, a scholarly exploration of the long-term socio-political effects of the Partition, boasts a local connection. Nalini Iyer, professor at Seattle University and an International Examiner contributor, co-edited it along with two other academics, Amaritjit Singh and Rahul K. Gairola.

Their mission is to dissect other Partition literature, widen the focus with which the heartbreaking narratives are viewed, and address those regions and issues that have not received sufficient attention.

In “The Long Shadow of 1947” by Ilyas Chattha, the central issue is Kashmir, one of the still-contested regions, often called “unfinished business.” Mass violence and forced displacement continues there even today due to the wars fought between India and Pakistan on its soil. One benefit of this continuous turmoil, however, as Chattha points out, is the unification of the citizens, who now hold on to their Kashmiri identities much more strongly.

In “Difficult Choices: Work, Family, and Displaced Women in Partition Writings,” Debali Mookerjea-Leonard discusses the status of middle-class Bengali Hindu women in the post-partition period. Long considered dutiful daughters, wives, and mothers, these women had to step into the role of wage earners out of economic necessity. This disrupted family ties and initiated displacements of another sort.

“The Never-Ending Partition: Pakistan’s Self-Identification Dilemma” by Amber Fatima Riaz examines Pakistan’s development as a nation and refutes the common perception that the country is about to implode. Whereas a singular identity—one country, one religion, one voice—have proven to be a myth, Riaz holds out the hope that the country’s future may lie in the recognition and strengthening of its diverse regional identities.

These accomplished essays, despite their academic leanings, can benefit serious readers in furthering their knowledge of the subcontinent or be used as reference material.