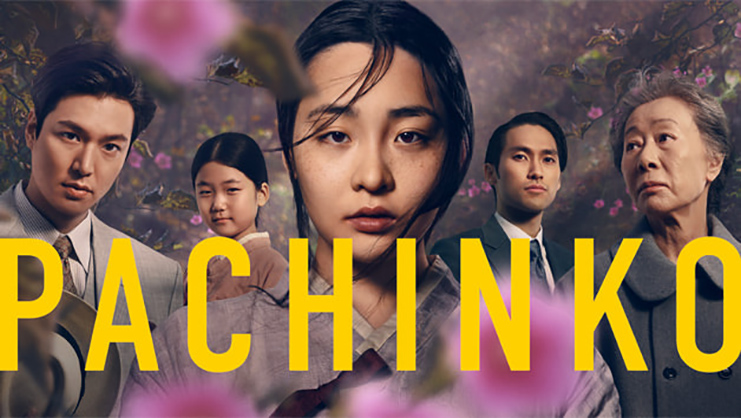 This is a review of the first three episodes of Pachinko season 1.

Pachinko, if nothing else, is an ambitious TV series. The show juggles two timelines, a wide cast of characters – some of whom we see at vastly different ages – and juggles thorny themes of oppression, intergenerational trauma, immigration, global capitalism and beyond. These headier ideas are grounded by some excellent character writing and plot structure, good acting and effective visual design.

Pachinko deftly switches between its two time periods. The first of which is Japanese-occupied Korea at the beginning of the 1900s, and the second starts in 1989, toward the end of the Japanese bubble economy and the death of Emperor Hirohito. Our through-line is our main character, Sunja, who we see at three different ages across these two time periods. The first episode depicts her life as a precocious young child until a tragic event marks a nine-year skip forward.

Sunja is a wonderful character to follow throughout time and the show makes sure we grow fond of her from the very beginning – she’s the miracle child born to her mother, who had lived through the deaths of her three sons, and her father, who is disabled and long-suffering. We get to see her grow up right before our very eyes while also continuously cutting to her elderly self, bridging the points between where she started and where she ended up. Sunja is intelligent, and passionate, and grows up to be tough and pragmatic, though certainly not unkind. All three actors who portray Sunja give excellent performances, though I’ve been particularly moved by Yuh-Jung Youn’s portrayal of an older Sunja.

The characters that surround Sunja are also interesting, allowing us to see her in different contexts. Back in the older time period, we see Sunja’s growing romance with the mysterious and no-nonsense Hansu, played by the K-Drama staple Lee Minho. We see Sunja’s more romantic and passionate side break through her innocence, though Hansu himself doesn’t have Sunja’s best interests at heart. I found that their romance often feels like the least interesting and most perfunctory part of the show up to this point, though it does get more gripping the less honorable Hansu acts. These outbursts allow Lee Minho to flex his acting chops more, as he otherwise comes off as being a little wooden.

Our other central character is Solomon, Sunja’s grandson. His story starts in New York, with him aggressively pursuing a VP promotion at his corporate job – something he fails at, though a quick gambit on his part has him going off to Japan. There, he visits his grandmother, Sunja, while also attempting to make a deal with an older Korean woman who refuses to sell a plot of land his company wants to develop. She ends up being a vital part of both Sunja and Solomon’s stories.

Solomon’s story deals with more contemporary issues. In a world on the precipice of the seemingly boundless economic globalization of the 90s, it’s clear that money and business interests have already begun to supersede national interests. It’s through this economic warfare that Solomon hopes to prove himself above his Japanese contemporaries and white executive above him. At the same time, his efforts that grease the wheels of global capitalism have him wanting to steamroll right through that older Korean woman’s house. Money is a complicating factor, as it always is.

However, for all of Solomon’s furious ambition, it’s clear that he’s also lost in this world. Having grown up in Japan and attended university in the USA, his identity is being pulled in all directions. He suffers from ignorance and racism from both Japanese and American people, while also losing touch with his Korean identity. A scene in episode three shows that he’s unable to tell the difference between Korean rice and Japanese white rice, while Sunja can. He’s a modern, contemporary man, fighting to make his way in the cutthroat business world.

Pachinko also looks great, which aids its storytelling. The scenes set in the early 1900s in Korea feel suitably old, from the design of Sunja’s home to the costuming. Everyone’s outfit tells a story, from young Sunja’s more traditional attire to Hansu’s contemporary, cream-colored suit.  The lighting and color grading also feel cinematic, which sets Pachinko apart from a lot of other so-called “prestige” streaming shows. Some shots in the show are genuinely breathtaking, from the mist rising from the water in old Korea to the aerial shots of ultra-modern Tokyo. Nothing about Pachinko looks or feels cheap, which is nice.

All in all, Pachinko is a TV show that wants to be liked, and different viewers will respond to that in different ways. Cutting between the two timelines allows each hour-long episode to pass by quickly, with some of the scenes lasting for less than a minute. The drama is constant, and new problems are being presented to our characters constantly. I wouldn’t accuse the show of being too glossy or “Hollywood,” but I often find myself wishing the show would dig even deeper into the complexities of the themes it presents. I can only hope it will do so as it goes on.

Having said that, Pachinko is, as a whole, excellent. It explores issues and presents characters that are, unfortunately, far too rarely seen on our screens. The acting talent on display is often good and sometimes incredible. Pachinko has been crafted with care, from its beautiful, lived-in sets to the camera work and editing. Though I have great disdain for the continued fracturing of the streaming world, Pachinko almost makes the price of entry to Apple TV+ worth it on its own.