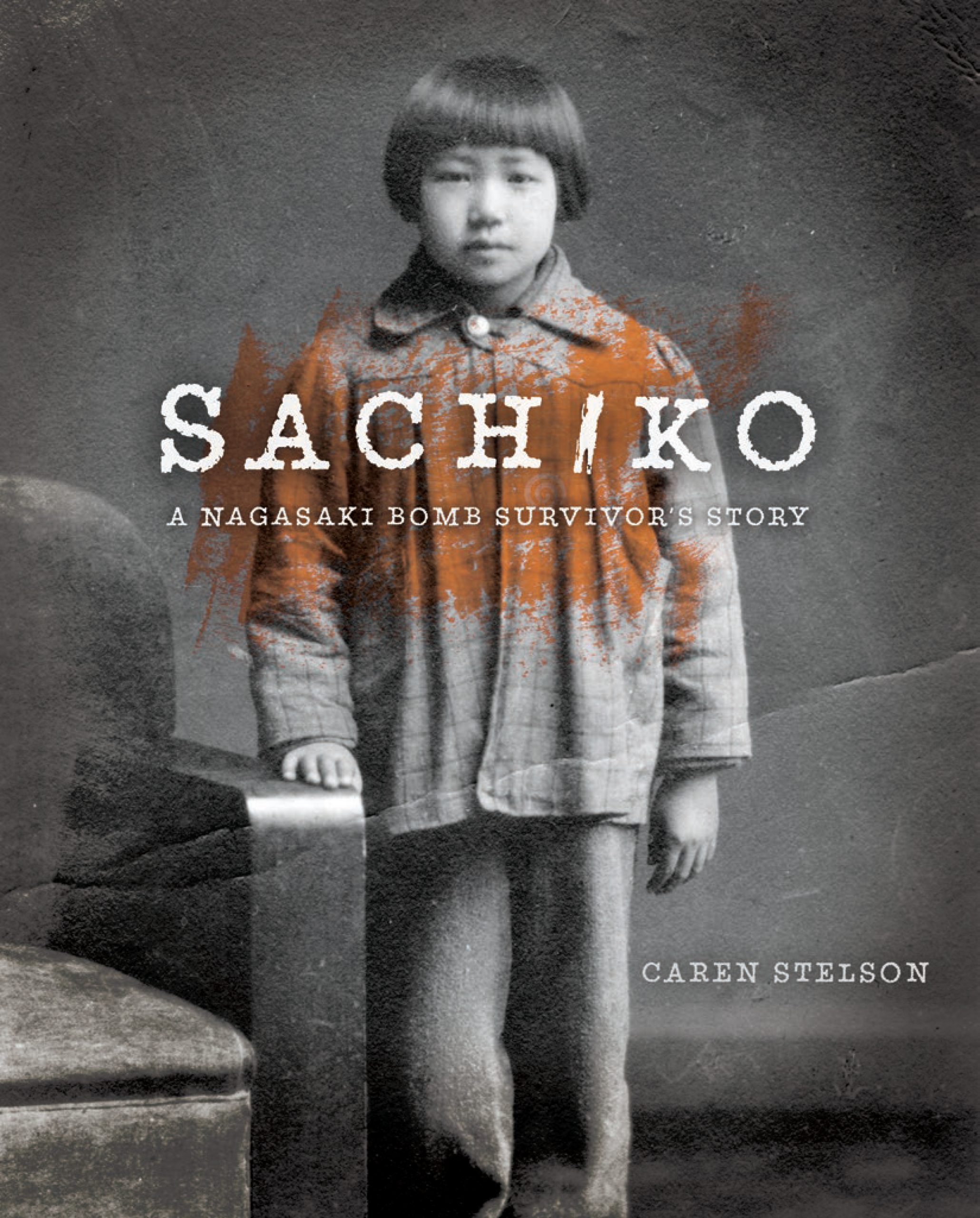 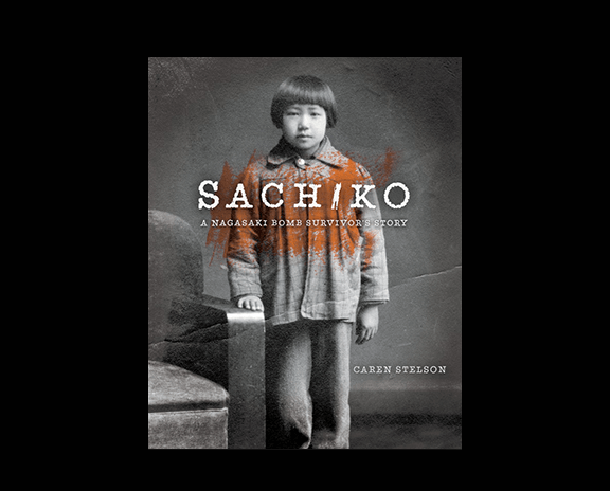 In her new book, Sachiko, Caren Stelson deftly weaves Sachiko Yasui’s memories of living through the 1945 American bombing of Nagasaki with the global wartime perspective. We follow then-six-year-old Sachiko through the aftermath of that bombing, and witness devastating losses accumulate in an otherwise quiet life of someone forever marked as “hibakusha”: a survivor of atomic bombing.

Through these challenges, Sachiko gradually finds the strength to speak, guided by pivotal encounters with the activism of Helen Keller, Mahatma Gandhi, and later Martin Luther King, Jr. While Sachiko’s life seems to erupt into tragedy at unexpected times, Stelson shows us an atmosphere of calm, both in the home life that Sachiko’s parents instill, and in Sachiko’s keen absorption of the natural world around her. Tasked at an early age with supporting her family, Sachiko takes on enormous responsibility with a grace that seems as indomitable as the camphor trees at Nagasaki’s Sanno Shrine.

As a Filipino American deeply invested in Asian representation in storytelling, I had reservations about a white (Midwest-born and -bred) writer taking on the words of a non-English speaking Asian survivor of war. But this is the very reason Stelson became involved with, and then instrumental in, bringing Yasui’s story to broader audiences: Stelson addresses the complex relationship between America and Japan immediately after the war, both in the global perspective and through Sachiko’s experience. This tension is the reason for the sister-city relationship between St. Paul, MN and Nagasaki, which have attempted to “heal the wounds of war in both directions” since 1955. Stelson first saw Sachiko Yasui speaking at the 2005 Minneapolis commemoration of the 60th anniversary of the Hiroshima and Nagasaki bombings, through the Nagasaki-St. Paul sister-city relationship, and asked her for permission to share her story.

“This sister city relationship was instrumental to supporting Sachiko and my work in Nagasaki. Two professors who were very much involved in the making of the book were also involved in the agreement between the two universities to create an exchange program: Dr. Takayuki Miyanishi, Professor of Environmental Science at Nagasaki University, President of the Nagasaki-Saint Paul Sister City Committee, and Sachiko and my translator for six years, and Dr. Sumiko Otsubo, Professor of History at Metropolitan State University and one of my subject-matter experts for Japanese History.”

“To explain about the Sachiko Scholarship for Peace: This summer, we have five students involved in the exchange between Metro State in St. Paul and Nagasaki University. Two Nagasaki University students came to St. Paul this June and three Metro State students will travel to Nagasaki University in August–coming up soon. Originally, I was going to offer two students a $500 scholarship, but as students applied, it became clear the best result would be to award the scholarship to one student with leadership capabilities. Students applying to the Sachiko Scholarship had to write an essay linking their study of the environment with peace. Joe Hurley, our first recipient, clearly had the energy and vision to see the interrelationships and was also willing to return home and share his experience in two formal presentations.

Next year at a minimum, we will have another student receive the Sachiko Scholarship for $1,000. Depending on the proceeds of the book and other fundraising activities, we hope to be able to support more. This is the first year of the student exchange, so we’re all feeling our way along. It’s a work in progress–but it is progress. Hope this helps clarify our first steps in supporting post-publication peace-in-action.”

As in the story itself, the story surrounding “Sachiko” the book is at the intersection of Japanese-American relations, and is a hopeful legacy of the relationship Caren Stelson built with Sachiko Yasui. As the two often intone, the book hopes you will “pay it forward,” just as Sachiko did with the words and actions of Keller, Gahndi, and King before her.

Looking to get involved? From Hiroshima to Hope is a local organization honoring Hiroshima, Nagasaki, and other victims of war. They will be holding their annual lantern floating ceremony at Greenlake on August 6. For more information, visit fromhiroshimatohope.org.