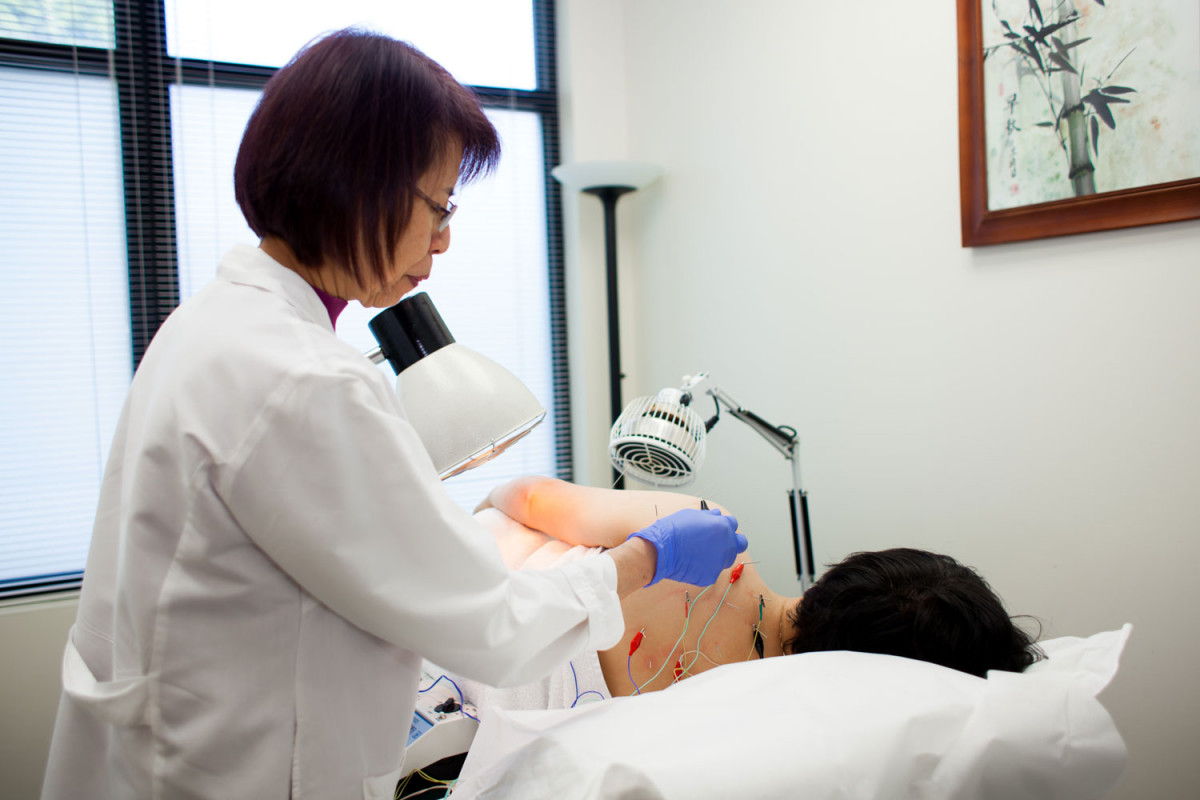 Acupuncture has been practiced for thousands of years, but it only recently gained mainstream popularity in the United States. The ongoing opioid epidemic has highlighted the dangerous side- effects of prescription painkillers like hydrocodone and oxycontin, inspiring many to seek alternative treatments for pain like acupuncture.

While it might seem counterintuitive to treat pain by poking a patient with dozens of tiny needles, acupuncture has been proven to be effective in treating ailments like chronic muscle pain and migraine headaches.

The guiding principle in acupuncture is balancing the patient’s body energy, which the Chinese call “qi.” Acupuncturists can focus on certain areas called “meridians” to treat areas of pain or regulate things like blood flow of body temperature.

Ping Wong, an accredited acupuncturist at the International Community Health Services (ICHS) in the International District, is treating more patients than ever, many of whom are trying to decrease their reliance on pain medications or avoid them altogether.

“See most of the patients, almost everybody, they don’t want to continue their pain medication,” Wong said in a February 15 interview with ICHS administrator Angela Toda. “That’s why they choose to come to acupuncture. They’re not afraid of acupuncture needles. That’s why they’re here, because they don’t want to take too much drugs. They believe those chemicals have the side effect to themselves.”

Unlike prescription opioids, acupuncture doesn’t use any medication, just sterilized needles placed in specific places across the body. While medical researchers aren’t entirely sure how it works, they do agree that it usually helps patients feel better. For patients like Summer Lea Gray who has lived with lupus for over a decade, that’s all that really matters.

“I’ve told her before, ‘I don’t understand this but it seems to be working,’” Gray said.

Gray started acupuncture in January to help her address problems with temperature regulation, but didn’t exactly have high hopes it would help. It wasn’t that she doubted eastern medicine, but she had tried so many treatments over the last 13 years that she wasn’t sure if anything would help.

The main thing she noticed after her first session with Wong was she “didn’t feel any worse,” which is more than she could say for most prescription drugs she’d tried.

“Generally, patients are quite motivated to try acupuncture because they are seeking a natural alternative to drug therapy,” Wong said in an email. “If they have doubts it’s usually because they are afraid of the needles. I can’t think of anyone who was still afraid after the first time and didn’t want to come back.”

One prescription drug Gray tried in February had such severe side effects that her doctors told her it would take months to recover, but with Wong’s help she felt back to normal after only two weeks. This really won her over and showed her how Eastern and Western medicine could complement each other in treating diseases.

“They’re just these two completely different ways of understanding the body and I like having both perspectives,” Gray said. “I think the thing I like most [about Eastern medicine] is that it looks at me as whole, none of my systems are excluded because they don’t fit. It’s a gradual thing; the more out of balance things are, the longer it takes to recover.”

The treatment goes beyond just sticking needles into a patient; Wong takes great care to make sure the patient feels as calm and comfortable as possible.

Wong’s treatment beds are rarely empty and she’s usually balancing three patients at a time to keep up with the growing demand for professional acupuncture. Part of Wong’s appeal in the International District is that she is a Chinese immigrant herself, fluent in English, Cantonese, and Mandarin. Over the years, she has come to know many members of the community personally.

“I’ve been doing this for more than 30 years,” Wong said in an email. “Since coming to ICHS to practice in 1996, I’ve seen a continuous increase in the number of patients. One of the main reasons is because of word of mouth – people tell other people and our reputation has grown as a result.”