A question: What are we Asian Americans to do in the heated climate of China-bashing? Some of our reactions may be: Great! I’ll join it! That’s understandable, for the Chinese government had done terrible things and some of us are here to escape from those things, even to seek redress. Tibetan Americans and Chinese Americans who had been persecuted are prime examples.

I respect and sympathize with these Asian Americans. I would even join them if I don’t believe their actions would be exploited for the demonization of China and for the buildup to Cold War 2.0. Humans are always striving to find balances in life. My balance between worrying about China and dreading the New Cold War is different from that of, say, Tibetan Americans, but I respect them just the same.

It’s the unhealthy balance that I abhor about China-bashing. Foreign policies are series of changing balances between national interests and global interests. This is especially true of America, the world’s lone superpower. America stands for a set of ideals that makes being a superpower difficult and they open us up to exploitations real and suspected, in turn inviting betrayals of the very ideals.

Making this cycle even more vicious is America’s tendency to get into wars with a simplistic right-vs-wrong, us-vs-them mind set. This feeds into an American economic-political structure that entwines national interests with corporate interests, leading to foreign policies that are out of balance. President Dwight Eisenhower saw it coming. The general who led us to WWII victory warned us about it at the end of his presidency, calling it the military-industrial complex.

One of the saddest things about America is that we may never know how entrenched that complex is and how extensive its action has become, given the government’s legitimate need to keep certain secrets and its sometime illegitimate abuse of that need. Only through occasional unsanctioned leaks did we see what seemed like the tip of an iceberg. Such a situation makes oversight, prevention, and, if necessary, stopping of military-industrial actions difficult, if not impossible.

Which is why I’m compelled to speak out against Cold War 2.0.

There is fear in Asia that America wants the Cold War much more than China or Russia do, trying to goad those governments into horrific deeds and create the monsters Americans love to hate, satisfying our need to feel morally superior and justifying escalated military action. As I said in a previous column, Americans are generally plagued by arrogance, ignorance and self-righteousness on international issues, leading to eager China-bashing by politicians. Mixed with the abuses and the imbalance in foreign policies mentioned above, they make for a potentially lethal combination.

China still has a long way to go toward freedom, equality, and other values we hold dear, but a glance at history can help put things into perspective. China had been maliciously exploited by the West during the latter’s not-so-distant colonial past, causing great damages yet to be totally undone. The Chinese Civil War, for example, was fought between those who believed in the Western tenet of Marxism and those who preferred democratic capitalism, another Western model. Put it another way: the West blasted open China’s doors and forced it to change, driving the Chinese people to fight about which Western way to adopt, killing each other by the millions.

And when China finally figured out a way to help itself and started to catch up, it’s demonized for not doing it the Western way.

Last December, presenting in a Melbourne, Australia, symposium on co-productions with China, this film historian cited the Hollywood film Iron Man 3, in which the Mandarin, a Fu Manchu-like Chinese character, was changed to a fiend of ambiguous ethnicity to appease Chinese censors, prompting irate complaints by fans of the original comics. I said, roughly, “Fu Manchu is a racist character. If it takes an authoritarian government to change such a character, why not? Because it’s about time. It’s about damn time!”

That it took China’s rise to realize that long-overdue reversal of stereotype is a telling sign. And the new Mandarin, in a delicious plot twist, turns out to be not a real fiend but an actor playing one, hired to pose as a dark-skinned terrorist. In other words, the Chinese government’s strong-arm tactics not only forced Hollywood to reverse a racist portrayal but also inspired a creative touch that comments on the very idea of ethnic villains!

Parallels can be drawn between racism against Asian Americans and China-bashing. We Asian Americans don’t always do things the mainstream American way—a pragmatism of comic proportions, for instance—similar to how China defied established Western dictates to achieve its success.

Asian Americans had also responded to racism on our own terms, in ways different from other disenfranchised groups. We, for example, worked hard without much shouting, earning the label of Model Minority that in turn earned another round of derogation. (It must be emphasized here that different minorities experienced different histories of racism and each has its own way of responding, not any one way necessarily better than the other.) Mistrust of our low-profile diligence in turn informs the Yellow Peril stereotyping in China-bashing, feeding suspicions of the Chinese as sneaky and devious, such as one-sided reports by the Western press on cyber-spying, a practice from which America is certainly not exempt.

The vicious cycles continue to spiral, contributing to another sad thing about America—that the prejudice of China-bashing will be extended to all Asians—Asian Americans included—and not just the Chinese or Chinese Americans.

Take for example Japan-bashing in the 1980s. When Japan was enjoying global economic success, the resultant resentment affected all Asian Americans. In a notorious incident, Chinese American Vincent Chin was mistaken as Japanese and murdered in Detroit, where the auto industry was hit hard by Japanese imports. Racial prejudice had improved since, but not close to the extent of disappearance.

Then what are Asian Americans who distrust—or are victims of—the Chinese government to do? Balance, I believe. The complicated, confusing state of our world will make better sense if we remember that we’re at once Asian Americans, citizens of the world and members of the human race. Decisions personal and collective are better made by striking an equilibrium between those interests. Asian Americans are considered the best educated minority—not better, just better educated. We can integrate that with the Asian culture’s tradition of moderation and shunning of polarization, striving towards educated actions that eschew the “we-good, them-bad” simpleminded self-righteousness that had served humanity so poorly.

With our Asian heritage, Asia’s diversity naturally results in diversity among us. For those of us whose “home countries” are at odds with each other, Asian issues can be divisive for our American experience, especially for immigrants with grievances that need redress. When we have problems with China, where dissent is often stifled with harsh measures, by all means express our disapproval.

But we must not forget that American involvement in Asia could lead to great damages equal to or even more severe than the last Cold War. That would not be good for Asia, America and the world.

Immigrants had proven to have contributed to the productivity and cultural vitality of their adopted land. Asian Americans can further contribute to America by using our Asian experience to give our adopted country a better perspective in interacting with the increasingly globalized world. Even more importantly, we can help America adapt to a world fast becoming less and less Western-centric, as a truly equal world should be.

Many things can be done, but I’ll stop short of making suggestions for action. Instead, I invite those who act—or want to act—to contemplate the views expressed here and make their own decisions. 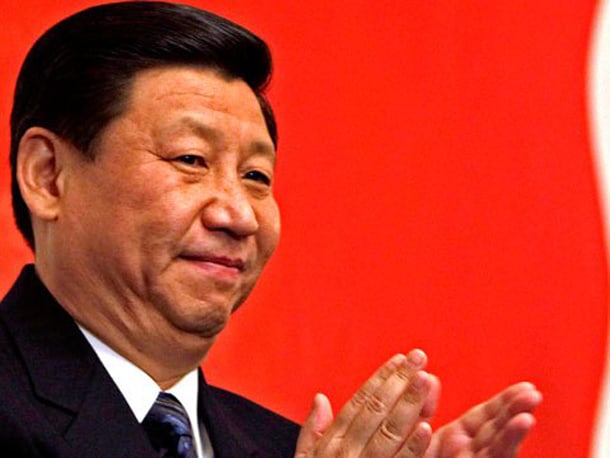 Opinion: Those representing AAPI and other communities of color: Vote yes on the updates to the Growth Management Act

OPINION: Mayor Durkan, City Council called on to join the CID Community Walk who walk the neighborhood at night to ensure public safety and...