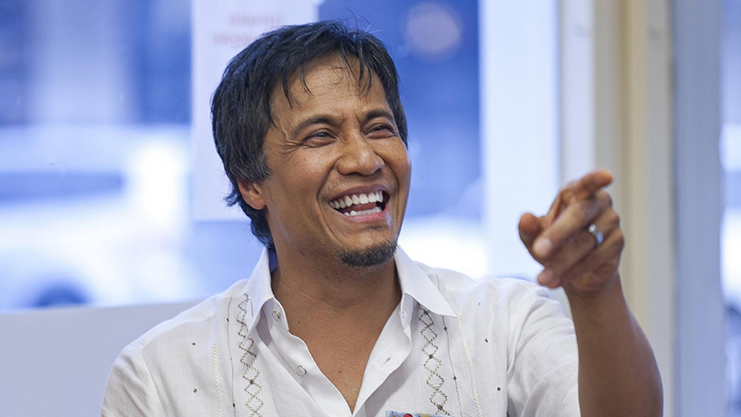 This article originally ran in the South Seattle Emerald on November 29, 2021.

Alex Tizon is so much like me it’s almost laughable.

He was a Filipino American journalist writing in Seattle with a specific aim to uplift the narratives of those most marginalized from society. He wrote long-format philosophical essays driven by a need to deeply understand himself, others, and the most foundational parts of our humanity. He delved into themes like invisibility, complicity and authenticity without shying away from the most difficult emotions like shame, guilt and pain. He had two daughters. His Lola — the subject of his award-winning piece in The Atlantic — even shares my last name, a fact that my in-laws assure me is merely a coincidence.

I originally found Tizon a year ago while desperately Googling for some evidence that Filipino American journalists do, in fact, exist. I wanted not only to know that they existed but that they were successful at penning the type of work I was striving to create. I needed to see some semblance of success out there — a way to combat the imposter syndrome that seemed to loom larger and larger the more I wrote. When I found him, I realized I had not only read his Pulitzer Prize-winning essay My Family’s Slave in The Atlantic already but that he (alongside two other journalists) had also won a Pulitzer Prize for an investigative journalism piece that unearthed illegal practices in the Federal Indian Housing Program in a five-part series. Upon peering at the date of his death, I felt a small tinge of sorrow as I discovered that we were living in the same city at the same time, not far away from each other, when he was alive.

He would have made the perfect mentor.

“I wish I had known about him earlier. I never had the chance to meet him,” I told a friend last week after watching the Town Hall event “Honoring the Work of Journalist Alex Tizon,” hosted by Sam Howe Verhovek and widow Melissa Tizon. The problem is I didn’t even know I was a writer yet when he died. Thanks to Verhovek’s editing prowess and Melissa Tizon’s help, though, his work was preserved for future journalists like me. After listening to more about him and his life as a writer of color, I turned to my husband watching the virtual presentation with me and said, “We are getting his books tomorrow.” 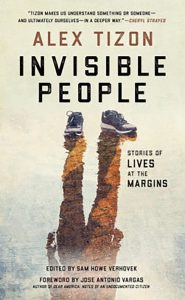 While I pored over Tizon’s collection of stories, Invisible People: Stories of Lives at the Margins, the next day, I ached. There were so many words he left behind, and yet, I yearned for more. My husband, Ryan, also a Filipino American man who immigrated to the United States at a young age, started reading Tizon’s autobiography, Big Little Man: In Search of My Asian Self. He expressed to me that it explained so much about himself that he didn’t know. He had to take breaks to process these deep truths and what it all meant for him and his identity. Ryan also felt encouraged by Tizon’s written observations to visit the Philippines now as an adult. We felt visible in his writing in ways we never have before.

Tizon’s works read like a nonfiction short story woven with the masterful crafting of a character development virtuoso. He doesn’t overly emphasize the quirks of the individual but instead paints swathes of the different dimensions of their personality, giving space for their whole being to exist without judgment. If I had the time and space to follow someone for up to six months for a profile, what would I end up writing? Will we ever have journalism like this again?

As I read across the 25 years of his literary timeline, I read the words of a man who was trying to write in closer and closer approximations to himself by observing others. By writing the untold stories of people like the immigrant, the loner, the villain, was Tizon addressing the parts of himself that felt a nuanced kinship to the qualities these people possessed?

It seemed only fitting that, after writing for decades about others, Tizon would then write an autobiography, applying this same level of respect and compassion to his own life without turning away from the most tender areas. Perhaps, he intentionally did the opposite, giving the most vulnerable moments the extra attention they needed to heal, building a new bridge with which to be in relationship to them and to himself.

Tizon’s writing timeline ends with his deepest family secret and largest success — a heartbreaking and controversial testimony about someone he truly loved like a grandmother but who was also his family’s slave. After penning it, he died at age 57 before the tribute was even published. I wonder if this is what it looks like to come to terms with who you are — the messiest, the most rejected, the most controversial parts of ourselves — one story at a time.

I’ll never get to ask him. But one can wonder.

Invisible People: Stories of Lives at the Margins,” are donated to the scholarship fund of the Asian American Journalists Association. Both of his books are available through book partner Elliott Bay Book Company.