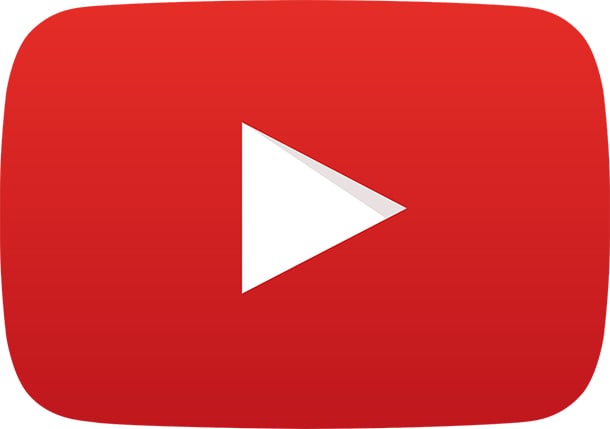 The independent Asian American media landscape has undergone significant changes in the past decade. With video capture and editing technologies becoming increasingly affordable and easy to learn, the creation of short videos has become a commonplace pastime among the digital natives who make up today’s “YouTube generation.”

While film festivals once served as the only vehicle for minority filmmakers to find an audience for their work, now social media platforms like YouTube let anyone publish videos for the world to see. This has helped filmmakers to share their videos quickly and gain large audiences with minimal investment in time or money. In this new media landscape, traditional film festivals can seem entirely irrelevant. But there is an alternative model of film festival organizing that negotiates this online—offline divide. Taking the best practices from traditional offline festivals and online video sharing through social channels can enable the production of an event that is not only relevant, but critical to serving the needs of local Asian and Pacific Islander (API) communities.

Traditional film festivals like the Northwest Asian American Film Festival and previous iterations of the Seattle Asian American Film Festival (SAAFF) have existed in fits and starts across the United States for decades. Boston, DC, Eugene, San Francisco, San Diego, Philadelphia, New York, Los Angeles, and Seattle have all been home to such events, which last anywhere from a few days to a few weeks.

One of the biggest challenges in operating a film festival is the months of planning and volunteer hours required. Organizing committees write grants, find sponsors, promote the call for film submissions, view the submissions, program and market the festival, and plan event logistics. Given the amount of labor for an event that might sell a few thousand tickets at most, it’s no wonder traditional film festivals have struggled and often fizzled out, while the popularity of sharing and watching online digital video has skyrocketed.

Another problem facing traditional film festivals is that decades-old groups may have developed the skills for putting on successful traditional film events, but they are struggling to accommodate new media technologies. Vincent Pham (2011) observes that the proverbial “elephant in the room” among festival organizers is how to best deploy new media and capitalize on their potential, while addressing the competition that they provide. Despite the challenges of operating a film festival in this new media landscape, the reasons to do so are both abundant and important.

In line with Jurgen Habermas’s (1989) theory of the public sphere, film festivals can provide a space for private people to come together face-to-face and discuss matters of common concern. Asian American film festivals in particular can be seen to create what Nancy Fraser (1990) calls a counterpublic sphere. Films provide commentary on the experiences of Asian Americans and allow viewers to meet others with common experiences or ideas that are outside of dominant media discourses. Cindy Wong (2016) has pointed out that ethnic film festivals can serve as counterpublic spheres because they screen films that “articulate different experiences and expressions” and provide a space for the exchange of ideas that are ignored in the larger mainstream (p. 160). But with sparse resources and a volunteer workforce, it is hard enough to do what is generally considered the bare minimum for a film festival: screening films, facilitating Q&A with directors, and hosting receptions or parties. Outreach to community groups, social activists, community leaders, and scholars is generally considered a nonessential add-on.

Fortunately, new media tools can be used to assist in a number of ways to sustain traditional film festivals and maintain this important counterpublic space. But successfully operating and attracting an audience for a live in-person event in this new media landscape requires two things: first, an understanding of the tools, channels, and strategies that the YouTube generation has used to build a following; and second, an event that offers more than just film screenings, because viewers are now able to view digital media at home on their personal devices.

Nearly every aspect of running SAAFF has been made easier through the use of digital tools. We use an online platform called Film Freeway for film submissions and Gala Festival Engine for building our website and selling tickets online. Additionally, we rely on a number of online collaboration tools to overcome the challenges of not having an office or dedicated meeting space. During the event, Facebook and Twitter become our primary channels for communicating the latest updates with festival attendees. Our community co-presenters’ program has a social media component too. The non-profit groups that we invite to speak and promote themselves to our audiences do so in exchange for tweets and Facebook posts about the film they’re presenting to their followers. Being competitive in the age of YouTube demands developing a social media strategy and using online tools effectively across all areas of the festival.

And the payoff is great. Because traditional film festivals actually bring people together to the same space at the same time, they have the potential to facilitate a kind of community engagement that can’t be reproduced online. SAAFF fosters unique opportunities for unlikely face-to-face interactions, such as helping filmmakers to connect with audiences they do not typically encounter online and facilitating conversations that might otherwise not happen—between filmmakers, cast, crew, and audiences; younger and elder members of the community; and elected officials and their constituents (particularly of marginalized communities).

Operating a traditional film festival has also created a space for tough conversations about issues like immigration, mental health, and sexual violence, through discussion panels, Q&As with filmmakers, and encounters with local nonprofit co-presenters that aim to serve the community on those topics. While it might sometimes feel as though traditional film festivals are at odds with what is going on online in the digital world, it has become clear that there is still an important role to be played by traditional film festivals like SAAFF; but only if they can traverse the new media landscape by effectively using digital tools to more effectively organize, collaborate, raise funds, partner with other organizations, publicize the festival, and strengthen their unique and vital form of advocacy and community support.

Habermas, Jurgen. 1989. The Structural Transformation of the Public Sphere: An Inquiry into a Category of Bourgeois Society. Cambridge, MA: MIT Press.