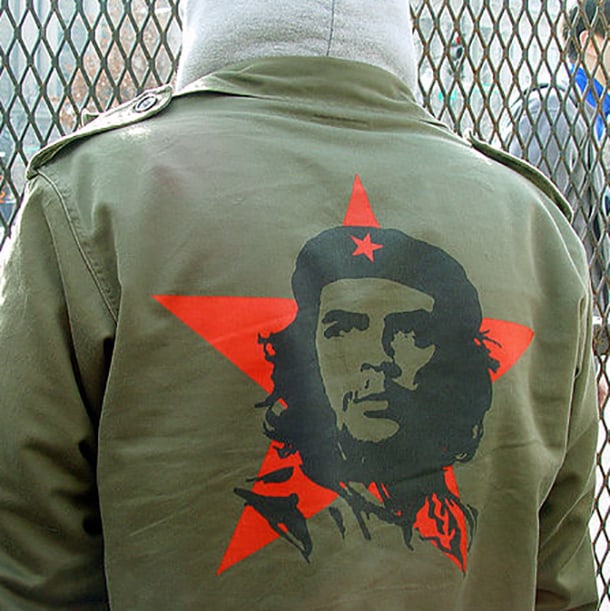 It’s something we see often here in Seattle—candidates and parties embracing socialism, particularly while riding the very valid and important movements in resistance to President Donald Trump. But as socialist themes become popular tropes and codes for ultra-liberal, I can’t help but face it with a healthy dose of skepticism.

While many other young social activists might have a dimmer memory when it comes to socialism when put into widescale practice, many of us with Chinese, Korean, Vietnamese, Laotian, and Cambodian backgrounds are much closer to Socialism’s history of leading to oppression. The Communist governments born out of socialism have often led to government-first policies and wars that sacrificed the lives of many civilians. The memories are still fresh. Sometimes 1970s, 1980s-fresh.

Will the child of a Chinese immigrant, who saw all the earthly possessions of her parents and grandparents thrown out into the street, teachers mocked and put on display and even killed for voicing dissent, want to sign up for a party with the same philosophy? Or maybe you aren’t trying to recruit them anyway.

When people talk about the need for increased benefits and the need to take care of all people, from all classes, and curb corporate abuses, that doesn’t have to equal socialism. At the same time, the United States has already benefited from many policies and programs based in-part on socialist thinking. But in order for progressives to be truly inclusive, and engage all of us in a productive political conversation, we need to understand the collective histories of immigrants’ home countries and associations with political philosophies.

Understand that recent lived experiences and horrible memories will result in specific associations with a political party. Being able to choose socialism as your philosophy of choice is inherently a privilege from living in a free and democratic society.

Understand that undoing that shell of nationalism and loyalty to a charismatic Communist leader can take years, even decades to break apart. Living in the United States, it’s possible that pursuing entrepreneurship and a better standard of living for one’s kids and grandkids accelerates that process. That’s a good thing, but becomes confusing when a new Americanized brand of socialism is touted as the best path forward.

The problem with trendy socialism

Even more baffling is when American society romanticizes socialism—or at least a particular era of communist or socialist history—without full knowledge of the connotations and associations. For example, there’s a trendy Chinese restaurant in Portland called “Danwei Canting, co-owned by James Kyle, who spent some time living in Beijing. The danwei is a “work unit”—a way for Communist China to organize urban residents and government-controlled housing, schooling, health care and, yes, food. The system also required citizens to obtain permission from their danwei to travel, marry, and divorce and enforced the one-child policy—power that wasn’t lifted until the early 2000s. What does this restaurant have to do with the oppressive system from which it took its name? Nothing, and that’s the problem.

Similarly, it’s common for people to plaster Che Guevara’s face on T-shirts and posters as a ubiquitous symbol for revolution and progressiveness. But how many people actually know anything about his history, what he did and his impact? Do they one hundred percent agree with his philosophy and actions? Or do they just like his face as a symbol because it looks trendy?

The idea that an American or European-style of socialism is inherently better—more reasonable, more common sense—implies disempowerment and the demonization of Asian governments and people in general.

I also see a problem with the for-profit, capitalist model, where the U.S. government can reap billions of dollars in profits from interest off student loans. Where corporations can sell junk food, prescription drugs and fossil fuels at the detriment of public well-being. But for the Seattle progressives who are flippantly using socialist symbols in protest signs, I wonder how many of you know a family who was ripped apart by the Korean War or have spoken to Chinese immigrants who lost family members to famine or work camps, and are struggling to understand their own history after decades of propaganda?

I did rally on May 1 in solidarity with the working class and laborers of the past and present from all over the world who have built the U.S. Socialists and socialist-leaning progressives. This isn’t a missive against your efforts, your ideals, and your work. I’m just pleading with you—if you want to boost your numbers, diversify your base, and include Asian immigrants and their families among your constituency, put some effort into understanding the stories and the histories from which they are fleeing. You may need to change your messages, your look, your name, if you want to reach all of us.