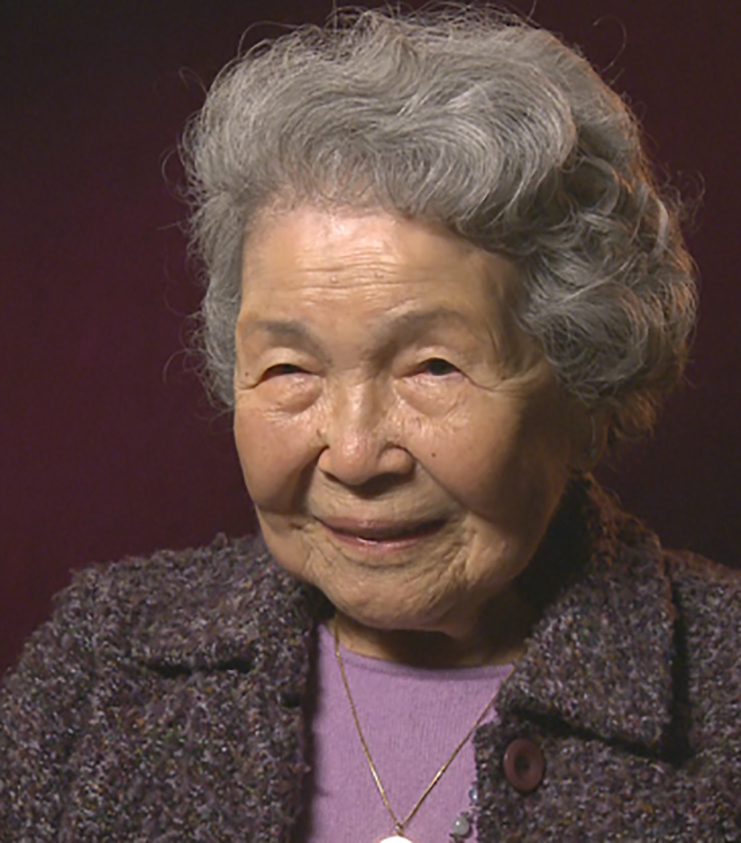 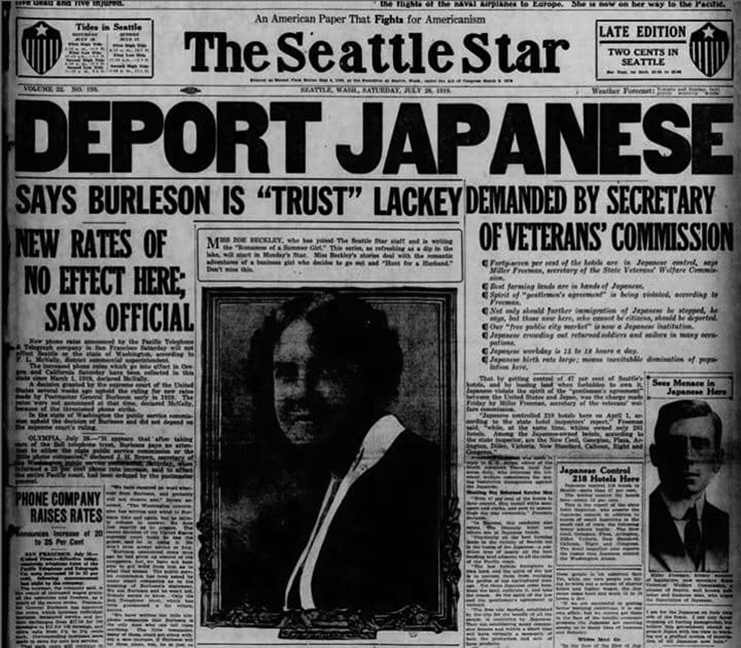 The recent revelation that a Bellevue College vice president ordered the defacing and censoring of Erin Shigaki’s Japanese American incarceration mural has caused pain felt throughout the Japanese American community.

Learning about my family who lived in Bellevue and farm strawberries long before removal and incarceration has made this recent censorship of historical local white supremacy and injustice towards my community sting more. I feel anger, and yet more empowered than ever to tell our family’s story and demand justice.

While tragic circumstances caused my family to leave Bellevue before EO 9066, I know they were subjected to white supremacist businessman Miller Freeman’s racism and other bigotry for years before the war hysteria began. In 1919 Freeman had already written that a Nikkei person could never be a “real American”, including his Seattle Star writings where he proclaimed, “oil and water do not mix”, accused Japanese migrants of flooding the country with ‘dope’, and called for mass deportation.

Racism against Japanese Americans did not begin on December 7, 1941, and it did not end on August 10, 1988. More importantly, it is stronger than ever against other communities now and we must fight back. Erin Shigaki’s mural highlights these parallels, including through the #NeverAgainisNow hashtag.

This photo is of my Great Great Auntie Bernadette (Setsuko) Horiuchi (formerly Suda), who was married to artist Paul Horiuchi. (He designed the mural at the Seattle Center Mural Amphitheater). It is juxtaposed against the headline that Freeman was responsible for back when my family was in Bellevue. He and other white men were jealous of Nikkei agricultural success, and he saw a way to turn anti-immigrant bigotry into wealth that has lasted for generations. Kemper Freeman Jr., his grandson, donated $100,000 to the campaign for Trump, whose campaign surrogate referenced our incarceration as a ‘precedent’, and who now uses his administration’s power to oppress and exploit immigrant and minority communities.

Auntie Bernadette passed away in 2015 at the age of 102. I am so fortunate that she participated in an oral history interview with Densho in 2009, which has helped preserve much of our family’s history, and I hope to share our story with Bellevue College so they can realize the human impact their actions have.

Auntie Bernadette was born in 1913 in Seattle but grew up in Bellevue with her family where they owned a farm and grew strawberries. She had five siblings – Tamako, Minoru, Sanaye, Sumako, and Yoshiko. The family lived where 1st Avenue is now, within a block of Bellevue Square.

Everything changed on July 23, 1928. When they were boarding the ferry at Leschi back to Bellevue, the car’s brakes failed, and the vehicle plunged into the water. My great grandparents and three of Auntie Bernadette’s siblings drowned. Only Auntie Bernadette and her brother survived.

My Great Grandmother Tamako, who was already married with children living in Renton, was not with them at the time and took in George. Auntie Bernadette was raised by Catholic nuns at Maryknoll Church, where she eventually married Uncle Paul. They moved to Wyoming, outside the exclusion zone, but still endured intense racism. Uncle Paul was fired for being Japanese, and they experienced homelessness. They eventually came back to Washington, and Uncle Paul found success in his art. Auntie Bernadette worked as his business manager for 18 years.

The fact that they had no farming community to return to in Bellevue, the theft of all Japanese Americans had worked earned (primarily on land stolen from indigenous communities), and the removal of every Nikkei family there are undeniably connected to deep systemic racism embodied by Miller Freeman.

We must learn and tell our stories, because truth and history are on our side, no matter who tries to white it out. These are vital to our ability to fight racism and bigotry in modern times in true solidarity with other communities.

In trying to hide this history, Bellevue College has inadvertently helped shine light on the city’s racist origins and development, and how even institutions of learning sometimes prioritize relationships with wealthy families who to help uphold inequality over confronting historical and modern racial injustice.

But wealth and power cannot conceal truth when we fight for it.

There is so much to do still — remembering Corky Lee

A letter to community on anti-Asian violence

The military dictatorship stole our freedom. Again. But, this time, we won’t back down.