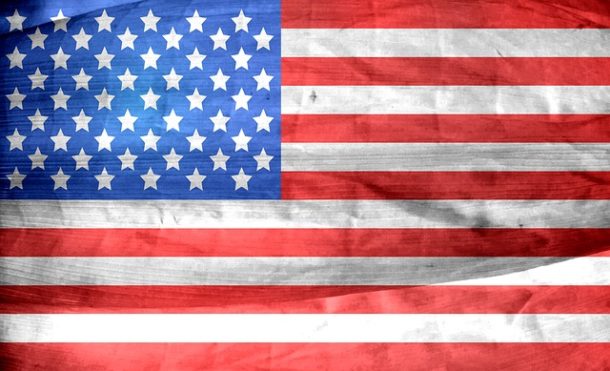 By the time you read this, it will have been over a week since the world was shocked by the results of the election for president of the United States of America. I’ve only felt this way once before. Forty eight years ago, as a student organizer for Robert F. Kennedy, I was devastated by his assassination. Months later, facing 180 students a day as a middle school teacher would shake me back to reality.

Back then, I didn’t understand the stages of grief, nor just how long it might take for this country to move toward justice and equality. Decades later, I even changed that phrase from equality to equity—fair, but recognizing that things are and may never be equal.

The shock for most of us is not about Democrats vs. Republicans. We’ve won and lost elections many times before. The thousands and thousands of people of all backgrounds are not marching for either party. The millions of people, young and old, are not crying because their political party lost. They are marching and crying against the bigotry and hate that spewed out of the mouth of our president-elect since the start of his campaign. He can go on 60 Minutes and look into the camera and say, “stop it!” to his followers who are taking his rhetoric as license to discriminate and hate in their everyday lives. After fomenting the hate for nearly two years, he can’t just rewrite a reality show script and expect it to go away.

In 2000, then-Secretary of Commerce Norm Mineta held a farewell reception for Asian and Pacific Islander appointees in the Clinton Administration. He told us that race would be the biggest issue facing us in the 21st century. His words would be prophetic, but I don’t think any of us anticipated that it could go far beyond race.

As the population shifted and minorities were becoming the majority, local governments and school districts were slow to pivot and adjust. At the same time, jobs and industries were disappearing. While the growth of the tech world and creative ingenuity helped save the West Coast and some other key localities, people in many parts of the country were left without jobs and their way of life. They pain was strong enough for them to gamble on a media-savvy huckster and they joined forces with true bigots and forces for hate.

At the same time, Occupy Wall Street, DREAMers, Black Lives Matter, gay marriage and movements for immigrant rights, equal pay for equal work, climate change, $15/hour wage, scraping the Social Security cap, and other organized calls for justice should have made officials—and candidates—look up and anticipate the future. The fact that they did not is the subject for a future column.

Our local elections turned out pretty well. Washingtonians voted to raise the minimum wage, protect hotel workers, build a regional transit system, and elect Pramila Jayapal, the first Asian American in the Washington congressional delegation. We live where the governor welcomes Syrian refugees, the mayor maintains his commitment to being a sanctuary city and to LGBT rights, and the vast majority of us did not vote for the president-elect.

But, precisely because of all that, we feel the shock and pain perhaps even more. Do we live in a bubble? Short of a Left Coast secession, how do we address the next four years and the impact it has already had on so many of our neighbors? Even here in our communities, there are children who are afraid to leave home, and others who are afraid their parents will be deported while they are at school.

During this campaign cycle, swastikas were painted on the walls of a restroom at a Seattle college, Muslim and Latino children have been taunted at schools across the region, victims of sexual assault are reliving their nightmares all over again, and LGBT folks are living under the fear they thought was finally gone. And, many of us are stressed out just thinking about the next four years.

We, in the API community, have been there and we have a special role to play. If not ourselves, our parents, grandparents, and families have faced being marched to the docks of Puget Sound under the Chinese Expulsion Act, mass incarceration of Japanese Americans to American concentration camps during World War II, and Filipino volunteers in the U.S. Army are waiting to this day for the veteran’s benefits they were promised—just to name a few major acts of past discrimination. We need to pace ourselves and remember that it took 52 years of continued struggle for women to get the right to vote!

But, before we can step up our work for equity and justice in whatever small or large ways we each feel called, we have to find our own bearings. We have to get past the anger and depression and focus for once on self. Our immediate task is to be ready for what comes next—with a sense of clarity and commitment. We have to get our sleep and regain our balance.

I’m not a grief counselor or pastor, but here are some of the suggestions named by professionals to address these coming days:

We cannot find the tough solutions until we get beyond this grief. As we approach Thanksgiving, let’s be thankful for the First People who saved the Denny Party from sickness and starvation when they landed on Alki Beach. Give thanks for the richness of our multicultural communities who have come ever since. And, be thankful that we have the skills and compassion and will to do what’s necessary to maintain and continue to build a just society, regardless of what’s going on in the other Washington.

AAPI’s and voting: As Asian Americans we must band together to have our voices be heard