On the morning of June 19, workers, labor unions, Seattle City Council officials, and allies gathered outside the Space Needle to protest stagnant wages.

Workers at the Space Needle said they have gone on for more than 1,000 days without a raise, and as the cost of living in Seattle continues to rise.

Unite Here Local 8 said the Space Needle withheld raises for workers and used a bait-and-switch tactic when it offered workers raises in exchange for their rights to unionize. A key part of the labor dispute also involves the Space Needle’s stance on subcontractors.

Workers said they are persistent in holding onto their jobs and improving their contract with the Space Needle.

“We are not going to be quiet and back down. We are going to continue this fight as long as it takes.” said Veronic Chernickenko, a valet cashier at the Space Needle.

The Space Needle debuted at the 1962 World’s Fair, inspired by a space-age future. However, in imaging tomorrow’s advancements, what would Seattle look like? Will Seattle be the pinnacle of society? Would labor disputes exist? Will employers continue implementing exploitative tactics?

“More people are going to come.” Chernickenko, said. “We’re going to have more departments show up and support. We’re going to be in a fight one day longer than they are.”

Workers spoke with company officials regarding a raise and job security, but the Space Needle continues to withhold from employees. 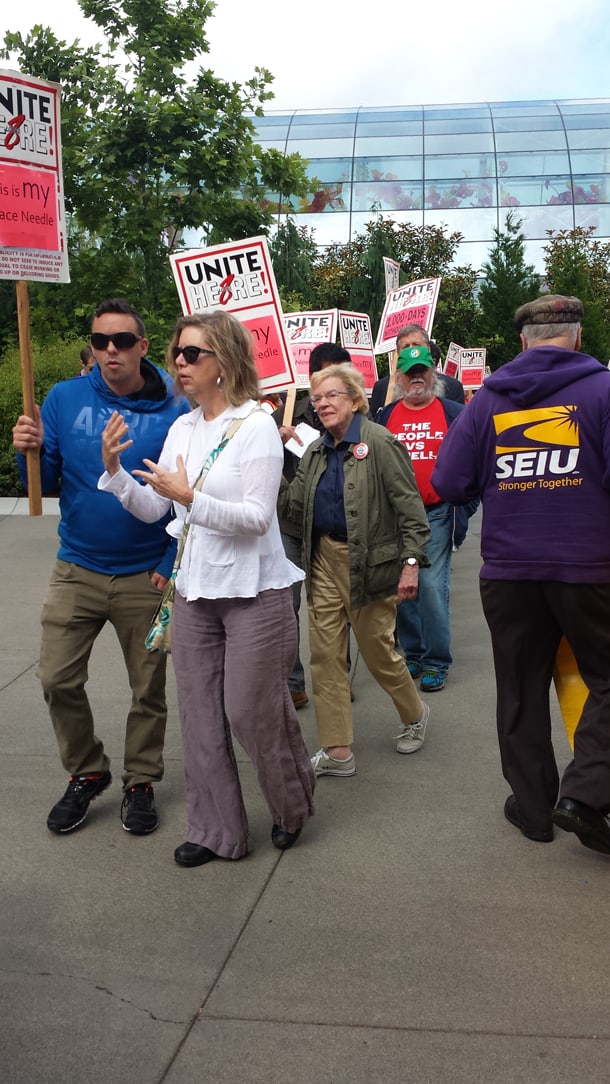 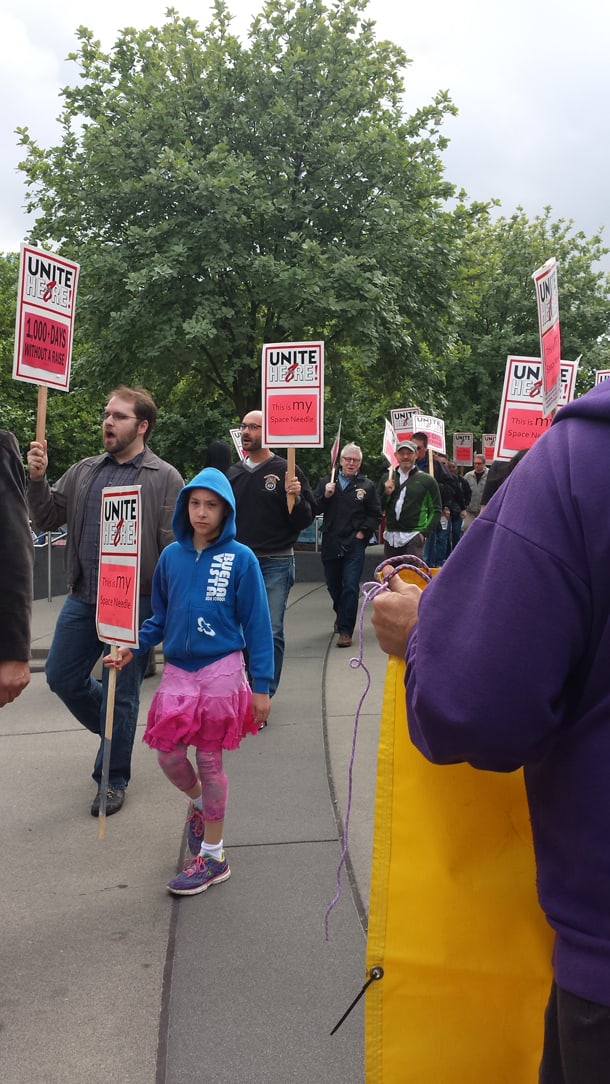 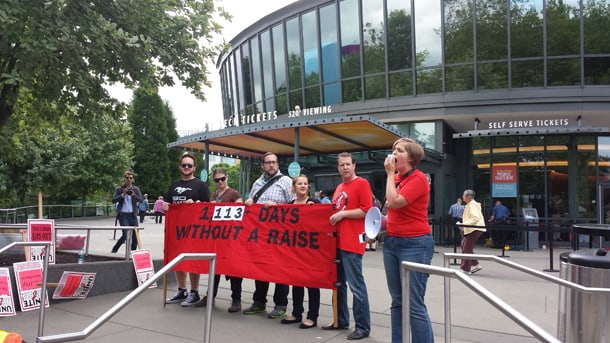