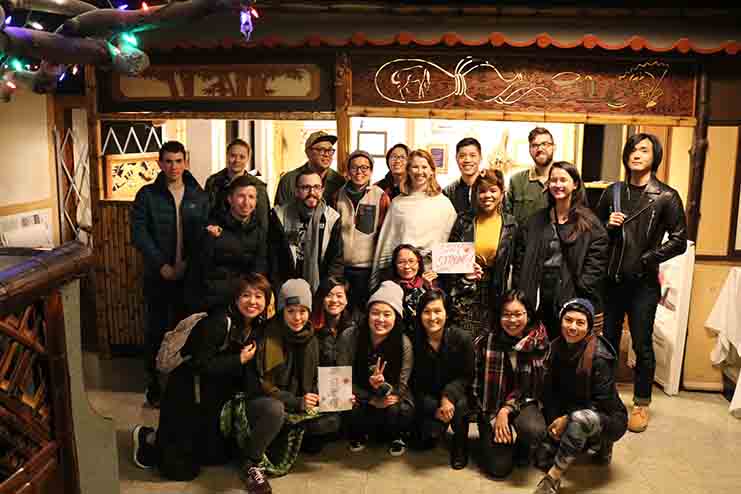 By Alison Cheung and PARISOL

On Saturday, February 7th, Li Wenliang, the Wuhan doctor now known for being the first to warn the public about coronavirus, died of the very disease he was reprimanded for speaking out about. His death coincided with the final days of Lunar New Year, a time when families and friends would typically come together to gaze at the moon, light lanterns, and eat dumplings together before returning to regular life. In the United States, Asian communities faced a fresh wave of anti-Asian racism and xenophobia as dog-whistle headlines dominated newspapers and non-Asian neighbors, employers, and institutions lashed out under the guise of coronavirus prevention.

This response is nothing new. The West has long associated China, and Asia more broadly, with disease and uncleanliness, a prejudice whose origins lie partly in the trade relationship between the US and China. Time and time again, the governments of both the United States and China have acted erratically in their attempts to quell anxieties that could impact the flow of capital across borders — occasionally doing more to ensure the spread of fear and racism than to prevent the spread of disease.

The Chinese Exclusion Act of 1882 was the result of racist fearmongering that depicted Chinese immigrants as carriers of disease, rat-eaters bent on infecting white America with plagues and STIs. In 1900, the governor of California lifted a San Francisco Chinatown bubonic plague quarantine, concerned that news of the quarantine would link California’s fruit trade to its “dirty” Chinese inhabitants and drive down sales. “The sick man of Asia,” a derogatory term for China in use since the 19th century has cropped up again in the headline of a Wall Street Journal editorial about the effects of coronavirus on China’s economy and trade relationship with the West.

Across the Pacific Ocean, China’s government has acted with the same motivation — maintaining the health and wellbeing of its trade relations instead of its people. Like SARS in 2003, news of the coronavirus outbreak was suppressed when health officials could have been educating the public about risks and best health practices.

Although the government’s rapid response efforts have ramped up impressively since then, from Wuhan to Hong Kong families receive little transparency as face masks and hand sanitizer sell out all around them. Migrant workers, domestic helpers, and factory employees are especially at risk, lacking the wealth needed to buy their way into strong disease protections. Loved ones living abroad wait nervously every day, dreading news of an infection.

I was eight years old in 2003 and living in Washington when reports of the SARS epidemic reached the US. My father was traveling back and forth from Hong Kong, living in the city for weeks at a time as our family prepared to move there the following year. I associated Hong Kong with family, home, love, and a sense of belonging I never felt living in Kitsap County, where my white American schoolmates asked incessantly if my family and I were infected. I had never felt so lonely. What I needed then, and what Chinese families and every other affected community needs now is care, education, and solidarity.

Global capitalism plays an incalculably large role in creating the conditions that give rise to large-scale outbreaks — crowded, polluted cities with few health resources for workers, and governments that prioritize the stability of their trade relationships over transparent information and investments in public health. What if consumers in the West looked at the coronavirus outbreak as an opportunity to connect with the makers of their iPhones, toys, and furniture? What could we accomplish if we channeled our anxieties into collective action instead of xenophobia, racism, and speculative fear?

There is sunlight — and answers — breaking through the storm of racism, protection of global capitalism, and censorship. Extraordinary, ordinary people are rising up to help their communities: volunteers in Wuhan supporting neighbors with disabilities, tech workers providing a grassroots information network, Beijing residents collecting face masks for sanitation workers, impromptu volunteer drivers shuttling doctors to hospitals, and thousands of people across China and around the globe organizing donations and supplies for affected communities.

And now we must do our part — the Pacific Rim Solidarity Network (PARISOL) hosted a supplies and donation drive this past Monday at Bush Garden. Monetary donations, to send care packages to China, Hong Kong, and other affected areas, can still be made by reaching out to PARISOL at [email protected] Viral epidemics are overcome with medical care, prevention, and community education; racist epidemics are overcome with collective action, justice, and solidarity. Both require healing — please join us as we heal our community, here in Seattle and internationally.