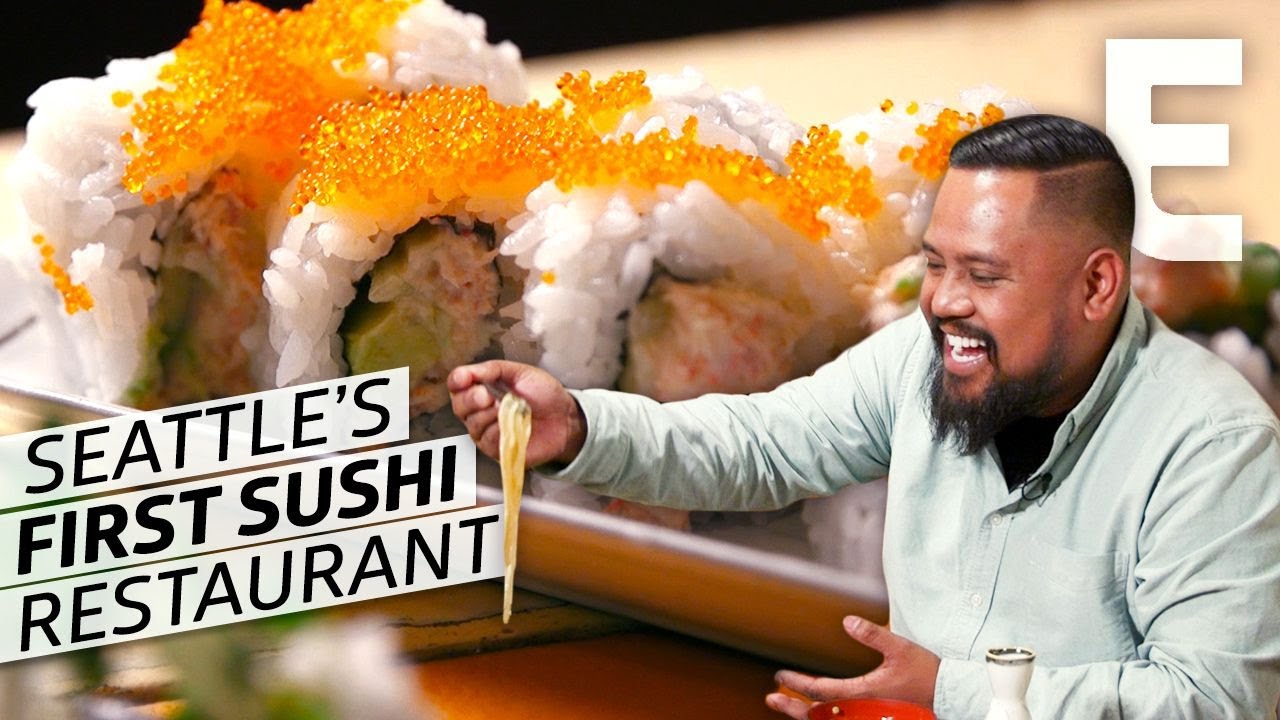 On Thursday, May 10, local food blog EAT Ballard shared a video by Eater, a popular society and culture website on multiple social media platforms that highlights international cuisines and restaurants. The video, which was published on February 25, featured Maneki, a well-loved Japanese restaurant in the Chinatown-International District which has been in business for over 100 years.

Eater’s video was excellent – it featured the owners, tantalized all of us with a diverse array of food, discussed the history of the restaurant, and the home-like atmosphere that makes Maneki so special shone throughout the entire video. It also spent some time talking about how Maneki helped the Japanese American population in the Seattle area recover and rebuild a community after mass incarceration during World War II. 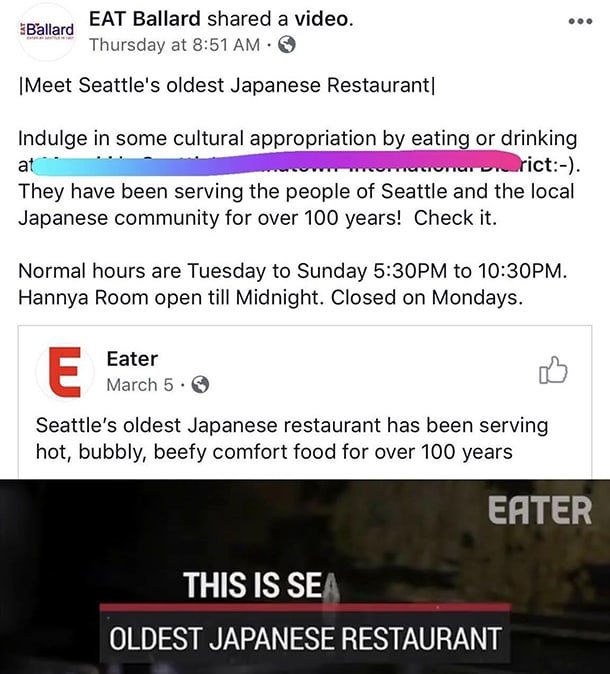 So… are you reading what I’m reading? Here’s what I saw in that single post:

If you thought that was bad, it gets worse. Here’s the kicker: over 10 people of Japanese descent commented on EAT Ballard’s post pointing out the potential mix-up between appropriation and appreciation.

They were all blocked. I found them on a separate post addressing the fact that a good number of people were being silenced for either asking a simple question or pointing out the potential disparity between what they hoped the page meant and what was actually communicated. No matter how their comments were phrased, anyone who pointed out the “cultural appropriation” bit was blocked.

People of Japanese descent who messaged EAT Ballard were ignored. 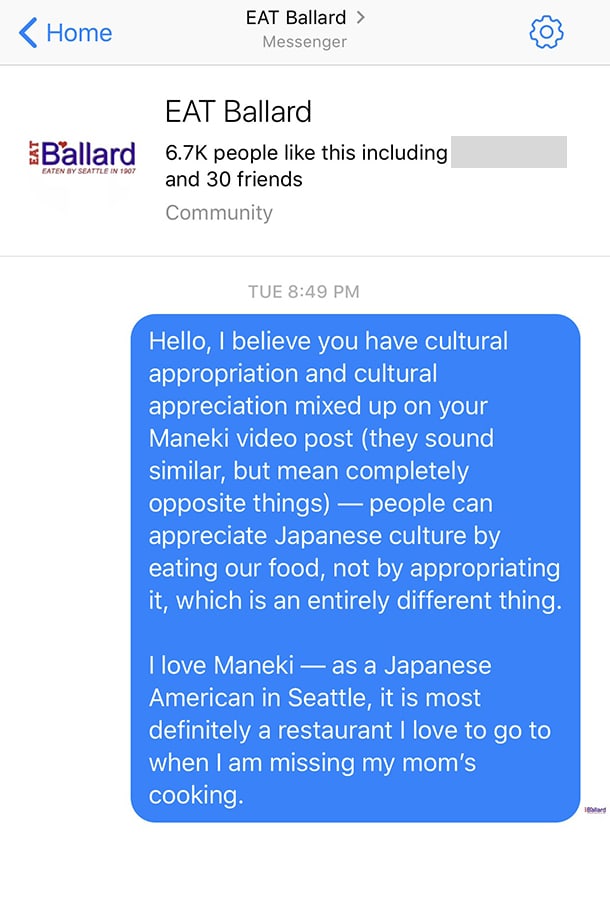 After receiving no response and hearing the stories of other people of Japanese descent being blocked and ignored, I made a public post: 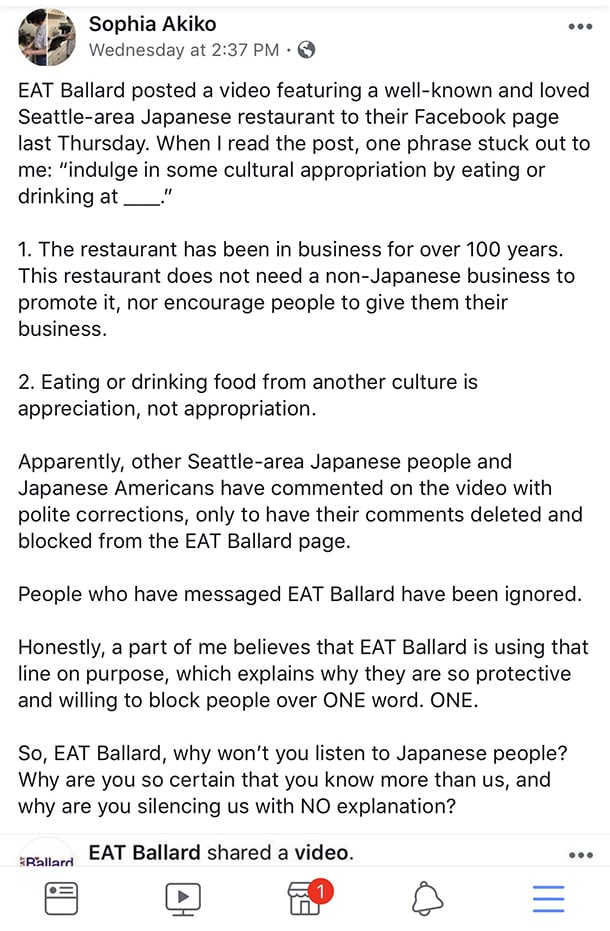 I have since been blocked by EAT Ballard. Big surprise there.

I tried to give EAT Ballard the benefit of the doubt. Like several others, I thought that a private message would work. It did not. Many people tried to gently point out the potential mistake in the post. I say “potential,” because – was it a mistake?

Why else would they be so defensive over a single word and so completely closed to dialogue? Why would they not even acknowledge disagreement to the point that they are willing to block and ignore people of Japanese descent? To be honest here, that alone is enough to constitute racial discrimination, because you are specifically silencing the dissent of a people of a marginalized identity.

Vince Schleitwiler, a Japanese American ethnic studies scholar (and also a freelancer for the IE) called the matter “a case study in hipster racism.” He summarized the situation in his own Facebook post (after EAT Ballard deleted his comments on their page and blocked him): “Maneki represents the joy and belonging we created when our own country told us we could never possibly belong here, and we are very proud of it. Racism doesn’t just lock people up and tell them they don’t matter. Hipster racism says, ‘You still don’t belong here, but we’re taking your f*cking noodles too.’”

EAT Ballard has removed the post, but has provided no comment, apology or statement on the matter… but they can’t block everybody. In the meantime – who wants to go eat at Maneki? I’m starving.